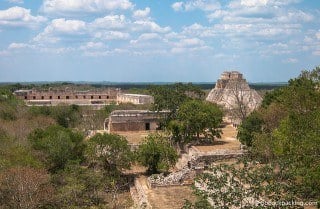 [S]ixty two kilometers south of Merida is the Pre-Hispanic Town of Uxmal. According to UNESCO: The Mayan town of Uxmal, in Yucatán, was founded c. A.D. 700 and had some 25,000 inhabitants. The layout of the buildings, which date from between 700 and 1000, reveals a knowledge of astronomy. The Pyramid of the Soothsayer, as the Spaniards called it, dominates the ceremonial … END_OF_DOCUMENT_TOKEN_TO_BE_REPLACED 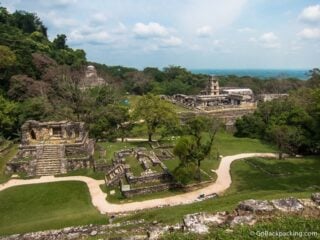 [D]uring my trip through Mexico, I visited the sites of many major ruins from Mexico City to Tulum on the Maya Riviera. Myself, along with the whole G Adventures group, agreed that Palenque was our favorite, beating out the famed Chichen Itza. Why did Palenque strike a chord with us? I believe it was the setting. Teotihuacan, Monte Alban, Chichen Itza, Uxmal and Tulum … END_OF_DOCUMENT_TOKEN_TO_BE_REPLACED 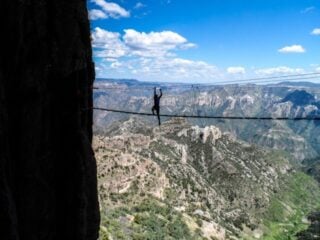 Copper Canyon, or Barranca del Cobre in Spanish,  is a system of canyons in northwestern Mexico that are deeper and longer than the celebrated Grand Canyon across the border in Arizona. I'm getting the Grand Canyon comparison out-of-the-way right at the beginning because, let's face it, if we're talking about canyons in North America, that's the one that's going to come … END_OF_DOCUMENT_TOKEN_TO_BE_REPLACED 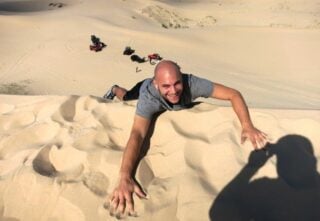 One of my favorite parts of my travels around the world is discovering unappreciated cities or destinations, places people would normally overlook, and discovering the fun and beauty they have to offer. Juarez, Mexico, is a place most people leave off their itineraries, but with so much to offer in terms of adventure, dining, and natural beauty they're making a … END_OF_DOCUMENT_TOKEN_TO_BE_REPLACED 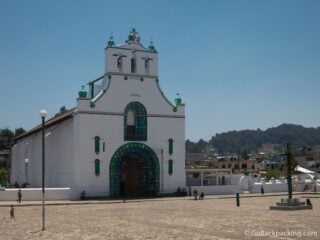 [W]e arrived bleary-eyed in San Cristobal de las Casas after the overnight bus ride from Oaxaca. Gaby, our G Adventures CEO, recommended we book one of the half-day Mayan village tours. Specifically, the morning tour, which would free up our afternoon and the following day to do whatever we wanted. She warned us that our local guide could be a bit intense, but it was out … END_OF_DOCUMENT_TOKEN_TO_BE_REPLACED