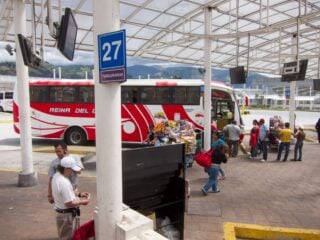 Before I stepped into my first bus in Ecuador, I'd already heard a handful of stories about people being robbed, backpacks being slashed, and valuables being stolen. I could play defense in the capital city of Quito by limiting my time there, and not going out at night. If I wanted to visit the rest of Ecuador on a budget, it would mean exposing myself to potential … END_OF_DOCUMENT_TOKEN_TO_BE_REPLACED 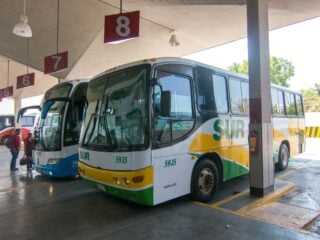 Traveling across a country via a bus can be a lot of fun, and can also be very painful. You can make or break a 12-hour bus ride by simply choosing the best seat. Everyone has their preferences, but I will break down several factors to consider when boarding your next long-distance bus ride. These insider tips on how to choose the best seat on a bus are geared towards … END_OF_DOCUMENT_TOKEN_TO_BE_REPLACED

Post by new contributor Lindsay Clark of Nomadderwhere. The first mission of the day was to make it to the city, as the locals do, wandering up weaving lames and jumping garbage heaps until Entebbe road appeared, in all its smoggy splendor. On the way, I began to re-experience the wonder of being a walking spectacle, the extreme and never-before-seen minority, an Average … END_OF_DOCUMENT_TOKEN_TO_BE_REPLACED