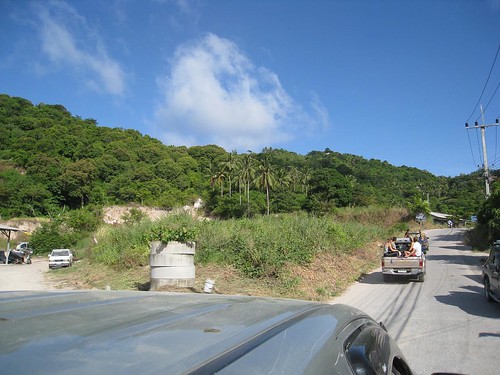 We were picked up bright and early at 8am for a full day in the sun. The taxis on Koh Tao consisted of pick-up trucks with seats. No roof, no backing to the seats to prevent you from tumbling off on curves. As we neared the snorkel shop to collect our gear, more and more pick-ups joined the caravan. 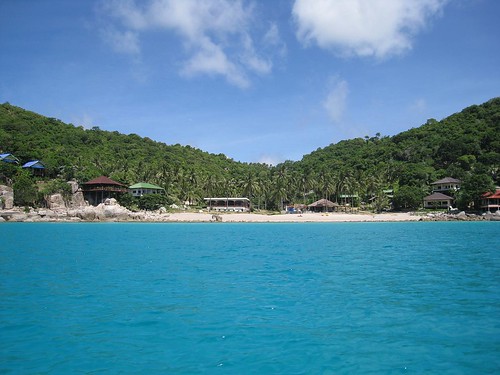 Our plan worked, and while the masses headed to a large boat at the pier, Catharine, Josi, myself, a young British couple, and three other (non-talkative) European girls boarded a longboat and zipped off in a counterclockwise direction around the island. 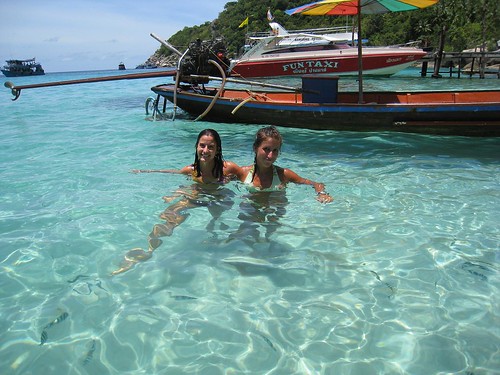 We stopped at about five different snorkeling locations. The first one was the best in my opinion since it included the only sharks we'd see for the day. In fact, I saw six or seven black tip reef sharks of varying sizes scoot around the sea floor. 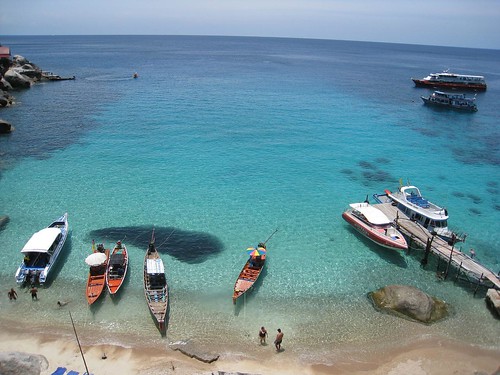 After the snorkeling stops, and a lunch of chicken fried rice aboard the boat, we motored to the north of the island and a secluded bay with a small sliver of a white sand beach set against large rocks. I got a bird's eye view of the scene by climbing up some very hot wooden stairs in the direction of a restaurant perched above the rocks. A resort of bungalows also sat on the hill. 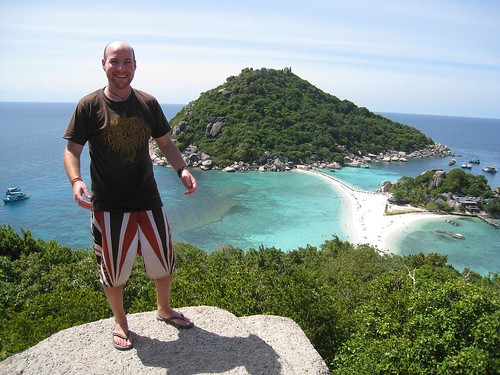 Our final stop for the day was a small sand bar connecting three islands off the northwest coast. It was the postcard-perfect scene which was part of the reason I'd wanted to see Koh Tao. It took about ten minutes in the searing heat to reach the boulder-strewn top. 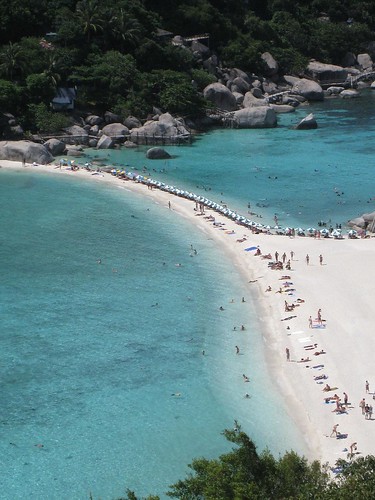 By then, I was out of steam. The sun, I'd learn after returning to my bungalow, had burnt my back. It seems as though the suntan spray worked fine where I was able to rub it into my shoulders, while my mid-to-lower back looked like a boiled lobster (sorry mom). 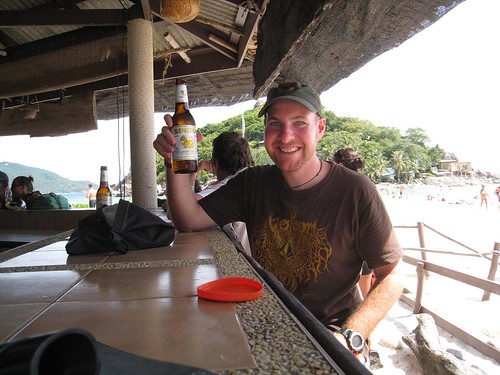 But before the discovery of a searing sunburn, I managed to enjoy a beer at the end of the tour. It was actually my second choice. The beach bar had run out of coconuts by late afternoon, if you can believe it.