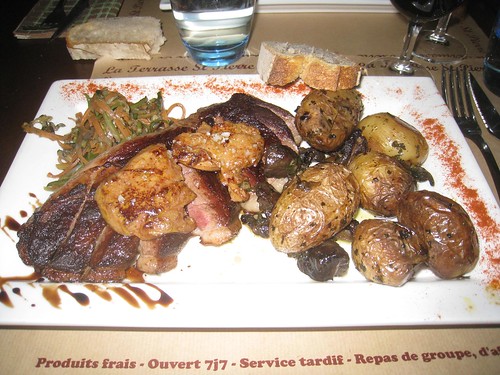 It felt good to be back in France, a little warmer, and ever so slightly less expensive than Switzerland. I picked up my bag and was happy to see Magali and Sebastien outside the baggage claim area, waiting to greet me. We drove to the center of Bordeaux (city) and started to walk around the labyrinthine streets, past churches and busy restaurants. It was still cold. 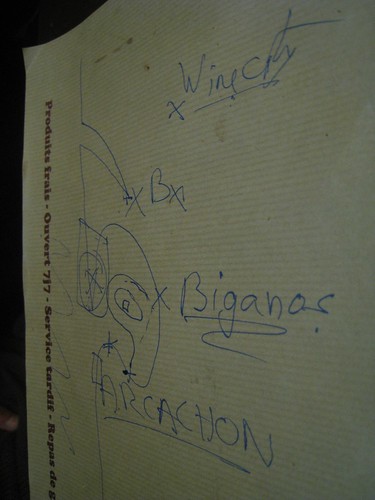 We settled on a typical French restaurant facing a small plaza with a church. I ordered the same as Magali, duck breast with foie gras and potatoes while Seb had shredded duck with potato in a casserole type form. And of course we had a bottle of red wine from the region. I over did it by ordering my favorite, tiramisu, for dessert. My second rich, fatty, French meal of the day consumed, Magali drove us 45 minutes south to her hometown, Biganos, though she is originally from Nice, the only other place besides Paris I've visited in the country. 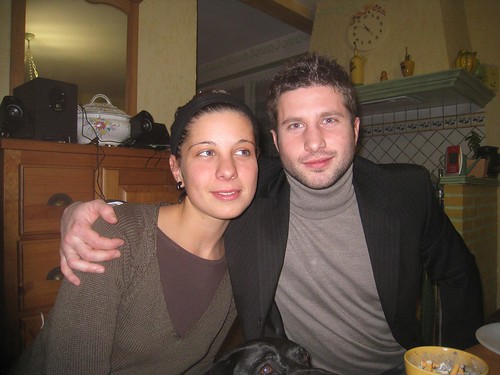 She stopped the car at her uncle's house, about five minutes from her mom's place. To my surprise, she was about to present me to her uncle and older brother. As we approached the front door, I could hear loud laughter and took a deep breath. 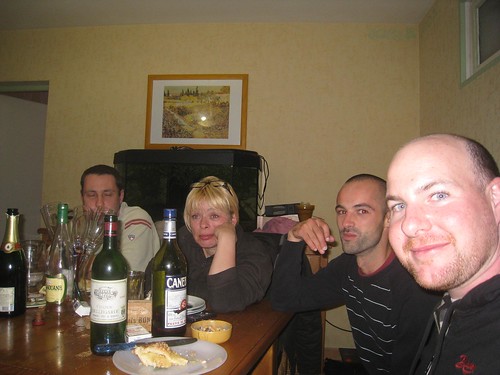 Inside, drinking wine around the dinner table were her brother, young nephew, and her uncle and his friends including a man who spoke some English in a wheelchair, a brunette woman I didn't speak to, and a blond woman who owned a bird that took turns perching on everyone's shoulder (between flights to and from the living room). A friendly black dog also vied for everyone's attention. Everyone was in a good mood having just finished dinner, and it wasn't long before Magali's brother opened a bottle of champagne (poorly, as it overflowed and sprayed wine everywhere). 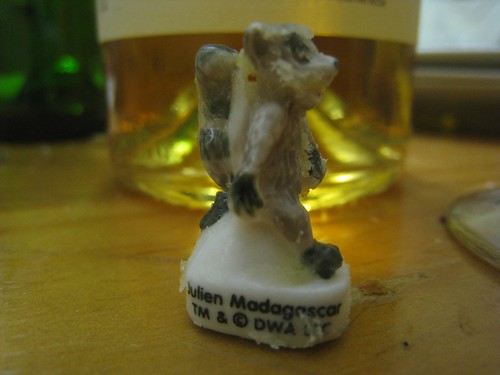 I tried a traditional dessert, a pie in which a ” stone,”? usually a toy, is placed. Whoever gets the piece with the stone is King or Queen and gets to wear a crown (think Burger King). They rigged the distribution, ensuring I became King, though I quickly anointed the blond lady as the Queen. 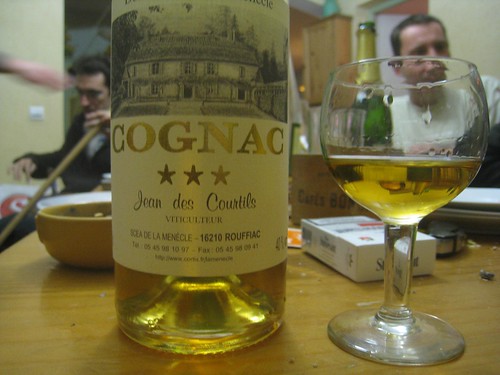 It wasn't long after the champagne was finished that her uncle took out French cognac under the guise of ” it's not every day he has an American in his dining room.”? It was too strong for me, and a subsequent apple-flavored French liquor was even worse. 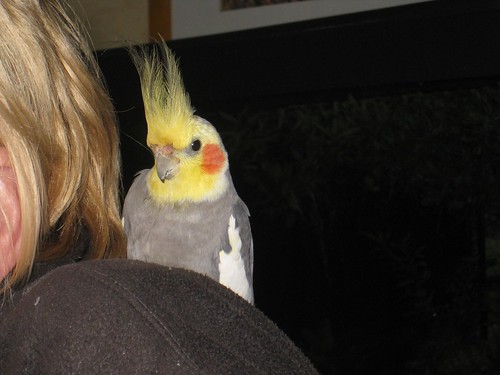 There was a cloud of cigarette smoke over the table, with music playing from a stereo and a TV in the living room. Magali's brother performed some slight of hand with a cigarette and magic tricks with a deck of cards, he was good enough to fool me! The old blond woman, limited in her English, kept asking me about Barack Obama as President and saying they (the French) like Americans. I did my best to be patient with her, despite my annoyance when she would lean her arm on my shoulder. 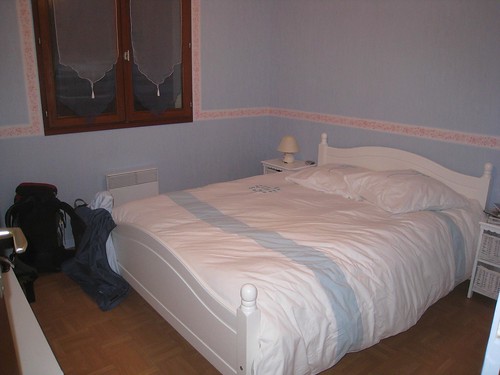 And then we left, drove a few minutes to Magali's Mom's home, and I was shown my wonderful room with a comfy, queen-sized bed, clean sheets, and fluffy, warm comforter.