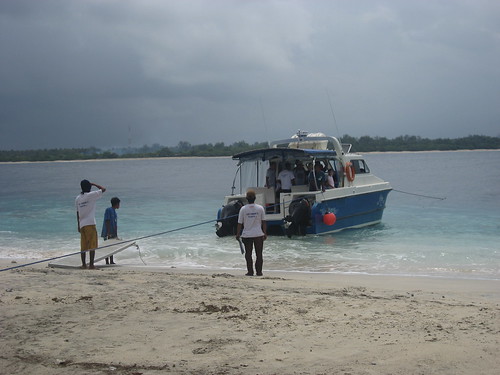 I splurged on my trip back to Bali, paying quite a bit to take a 2.5 hour speed boat directly from Gili Trawangan. The first half of the trip was rather rough and it didn't take me long to get the feel for what happens after the boat goes up the crest of a large wave (it slaps down rather hard on the back side). While I didn't get seasick, I did gain a new appreciation for taking a smelly, cheap, slow-ass ferry. On the bright side (for me), I would later hear the day's ferry was delayed for 3 hours outside the Bali port, thus turning it into an 8 hour ride, on top of the overland driving required on both islands. 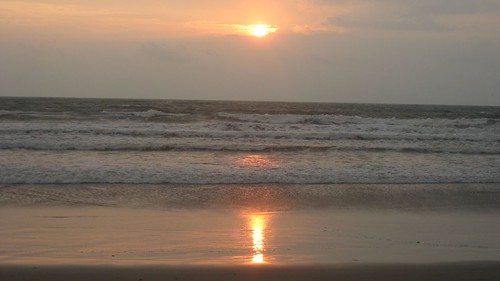 On Valentine's Day, our little crew was reunited as Linus had been on the same delayed ferry ride. We returned to doing what we do best – eating and talking. I joined Laura (who ran her first London marathon in '07) for a walk on the beach north to Seminyak. I'd estimate it was a about an 8km walk round trip. The beaches became less polluted and crowded the farther north you went. The posher resorts, clubs, and shops are also up in that area. Along the way, we saw a nice peach-colored sun go down. 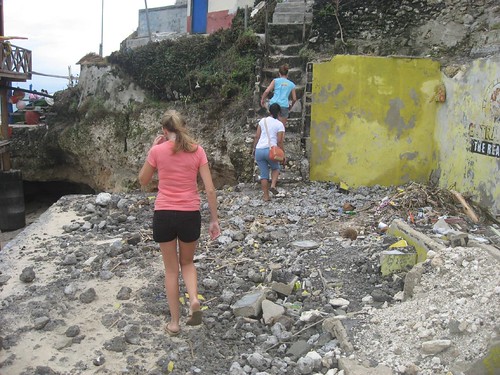 The next day, Linus was off to East Timor to renew his Indonesian Visa for another shot at Komodo. Jessica, Laura, and I went on a short tour south to Ulu Watu, a cliff-side temple by the ocean. Along the way, we stopped at Dream Beach, which looked like a bomb had hit it. To be fair, the beach itself would probably have been nice for a walk at low tide. 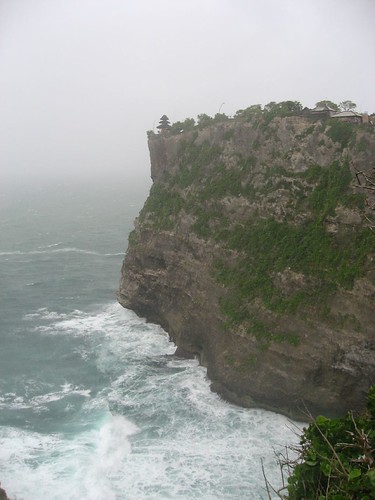 By the time we got to Ulu Watu, the winds were fierce. I bought some bananas to feed the monkeys as a dry run for my friend Sara's dare. A ceremony was taking place so it was quite crowded. And then it began to pour rain, so we decided to skip the dance show and head straight to dinner at a popular area known for seafood. 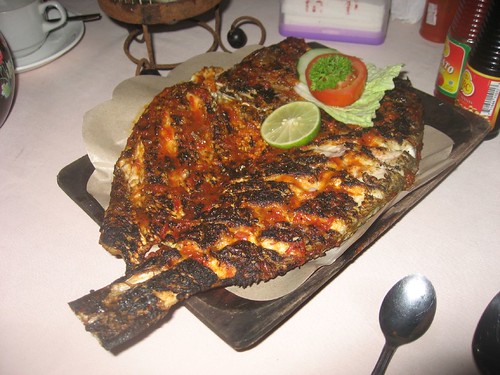 The restaurant's roof began to leak water, and we found ourselves cold and wet. Eventually, we moved to a dry area away from the view of the pounding surf, and nibbled away at a barbecued snapper before returning to Kuta.