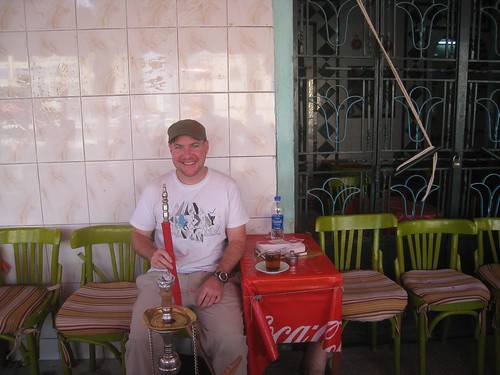 January 14, 2007 – Three years ago, and four days, I installed WordPress on www.gobackpacking.com and began to figure out how to develop a travel blog for my trip around the world. Looking back, I didn't have a clue as to how to attract visitors (though I knew my trip was going to be exciting), let alone make money.

As evidence, here's my first post, presented in its entirety:

Eureka! Installing this blog software by WordPress on my own website was a snap. I had already done the message boards a few months ago, so I'm sure that experience helped. Still, with this up and running so quickly and easily, I'm now psyched to host my Round the World travel blog on home turf! The biggest benefit will be a somewhat unlimited sense of photo storage. Life is good.

I'm a big BootsnAll fan, but when I signed up for a travel blog with them, and saw they were using WordPress, I figured I could just create my own.  Almost immediately, my life was turned upside down, as I quickly became addicted to WordPress, and the act of writing/blogging.

Now, three years later, I wanted to take a moment to recognize this anniversary, with post #1,000.

While I've written over 900 of them, this milestone would've taken several months longer to reach if it weren't for Go Backpacking's growing list of regular and guest contributors.

Thank you to everyone who has contributed over the years, whether in terms of reading, sharing comments, donating money, submitting stories and photos, or sponsoring this travel blog.  It's helped to keep me motivated, whether traveling halfway around the world or sitting on a couch in my parent's house, pondering what happens next.

I know one thing for sure – 2010 is going to be an exciting year here at Go Backpacking!

Thanks Vera! It's kinda amazing/scary to think of how much writing I've done the last 3 years as a result of blogging.

Thanks Vera! It's kinda amazing/scary to think of how much writing I've done the last 3 years as a result of blogging.

Dave, Your are awesome. Congratulations on reaching two milestones. I'm sure you have seen the statistics that show that something like 85 to 90 percent of blogs started come to a screeching halt within ten posts. That kind of puts things in perspective and puts you in the highest echelon. Write (and travel) on!

Ahh.. Glad I wasn't just out of the loop! Tone of voice is hard to convey through text :-)

Hi Shannon - you didn't miss anything, I was kidding about living in Brazil, at least for now. :)