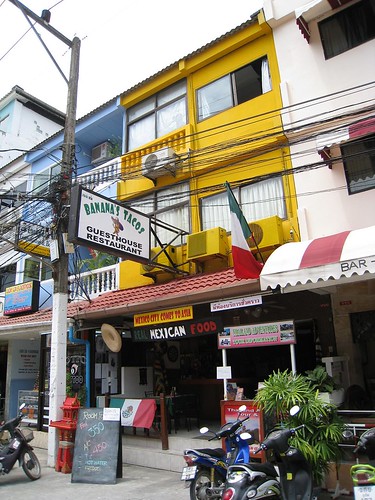 After two nights in Phuket Town, I relocated to Patong Beach. I picked a Mexican run guest house, Banana's Tacos, for my base camp. The plan was to spend a few nights in the thick of the Phuket tourist scene before heading to quieter Kata (surf) beach, and then Koh Phi Phi Don. 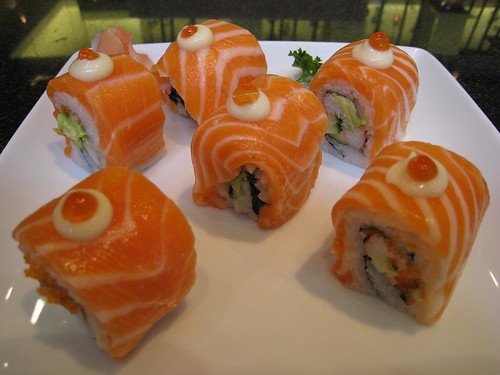 I wasn't interested in hanging out at the beach, or going crazy in the discos at night. Instead, I focused my energy on eating great food at the many restaurants. I had a great sushi lunch at a Japanese restaurant in the Jungceylon mall. 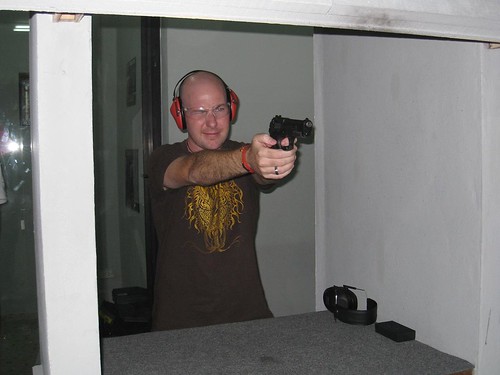 The mall also contained a small gun range. I'd first seen a gun range in a mall at Surfer's Paradise in Australia, however the costs were too high (starting at around $100). 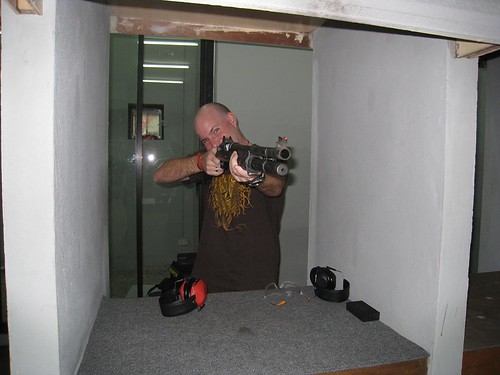 Thailand, of course, is far cheaper. I really do not like guns, however my trip is all about new experiences so I paid about $30 to fire ten 9mm rounds from a Beretta. I was extremely nervous and tried to be overcautious handling the weapon. The instructor was quite good, showing me how to hold the gun. I thought the recoil would knock me backwards but it wasn't so strong.

The little shells popped out of the chamber after each shot. I wondered if I should have been wearing close-toed shoes. After a few pulls of the trigger, my hands began to sweat. I almost didn't want to continue…but being the trooper that I am, finished off the clip and scored a 68% on the target. 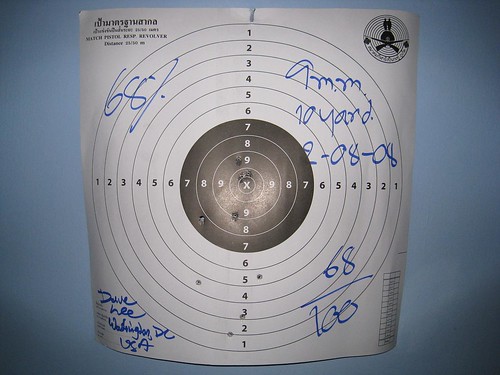 The photo of the shotgun was just the instructor's idea of fun.