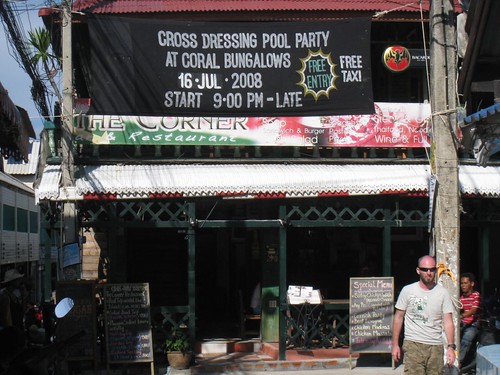 My first full day on Haad Rin was spent recovering from my first night. I poked around town, tested out some WiFi options in a pizza place and ice cream shop, and basically did nothing. As the afternoon rolled on, the beach filled up with people, though it was by no means crowded. 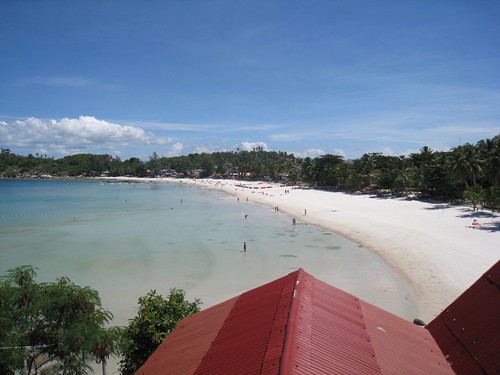 Around sunset, I descended upon the Mellow Mountain Bar for a Singha. I saw a guy who seemed to be on his own, and ventured to strike up a conversation. Warren was an engineering student and part time DJ from Cape Town, South Africa. He was feeling a bit down and out, I think, as his girlfriend with whom he'd been traveling in Thailand had already headed home.

We continued to talk over a second beer, and headed down to the beach at nightfall. Since he was only on the island for one night, he wanted to have fun. I was dying to puff some flavored tobacco from a hookah, so we set up camp and watched some fire dancers as more and more people filtered onto the beach. 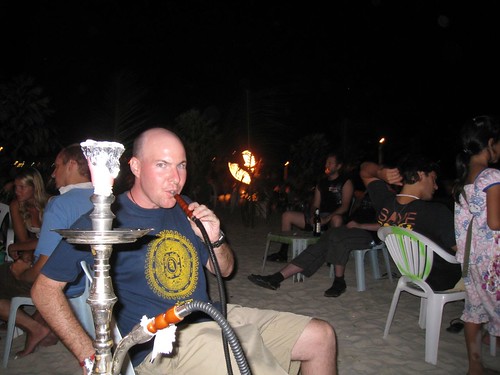 As Warren didn't want to get a room for just one night, I offered him my porch, which he used for a few hours sleep before catching the first ferry off the island, the start of a long journey back to Cape Town.

A few months ago, I was all but sure I'd make it to South Africa, however as my money wanes, so too does my belief that I'll make it there. My current thinking is when it comes time to leave Southeast Asia, head for The Middle East – Dubai, or Cairo, depending on airfare. 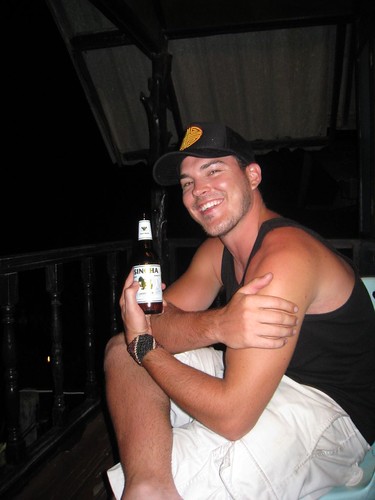 If by some chance I do make it to Cape Town though, besides cage diving with Great White sharks, I have a new friend who offered to help show me around!