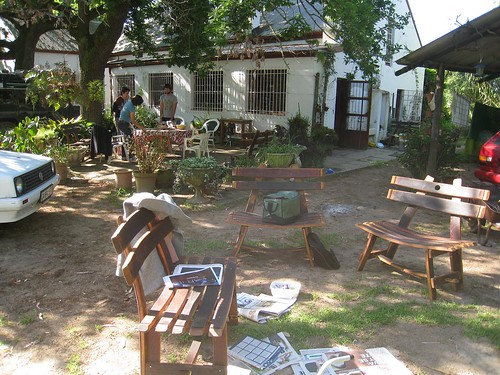 I met Christel on the flight from Doha to Jo'burg. I had the window seat and she sat to my right. Once I confirmed she was from South Africa, I bombarded her with questions. She took it all in stride, and even offered me a place to stay. We exchanged information, and after three nights of couchsurfing with Hannes, I was picked up and transferred to her home in Rosenbach, a student town (University of Cape Town) a shorter 15-minute train ride from downtown.

We dropped off my bags in a spare bedroom, I met her roommate Corne, and all three of us sped toward Seaside, an affluent residential area overlooking the coast. I had accepted a last minute invitation to a dinner party being thrown by one of Corne's friends. We were 30 minutes late, and therefore handed shots of vodka and glasses of wine to catch up. Besides the hosting couple and us, there was one other woman and two dogs. Dinner was served almost immediately. One of the hosts did catering work, so the food was appropriately delicious. There was chicken pie, couscous, salad, and vegetables. Dessert was a tasty, traditional malva, cake doused with liquor, cream, and covered with strawberries. Conversation and coffee/tea completed the night.

The next morning I was up at 6:30am to check the weather before a possible hike up Table Mountain. The wind was howling which likely meant cloud cover over the mountain so I accepted Christel's invite to Stellenbosch for scones and brunch at a friend's (leased) farm. Along the way, we picked up their friend Huey in suburbia. Our first attempt at breakfast was deterred by a ” no dog”? policy at a winery. Our second attempt was at the botanical gardens of Stellenbosch University, which also had a ” no dog”? policy. A decision was made to secure Choppy, Corne's dog, in the car so we could get breakfast. 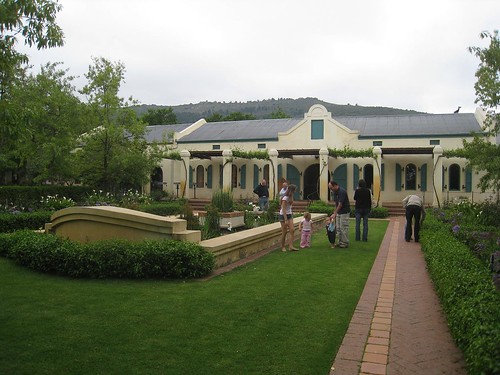 After coffee and a bite to eat, we drove around the university which Corne had once attended. It was beautiful, and one of the better schools in the country. Then it was off to the grocery store to pick up some food for a braai (bbq) and Fairview (winery) to pick up some tasty wine, cheese, and bread. I was happy to see the goats again.

Lots of people were gathered at the picturesque farm for the afternoon, including Eric. Before we arrived, I was told he was an up-and-coming South African actor who broke his neck in a diving accident in 2007, leaving him paralyzed and wheelchair bound. Among the other guests were a South African in town for a wedding though returning to law school at Columbia in New York City, an English woman who recited a few personal poems, and a Dutch couple who had to return early from a self-drive safari in Namibia due to sandstorms. 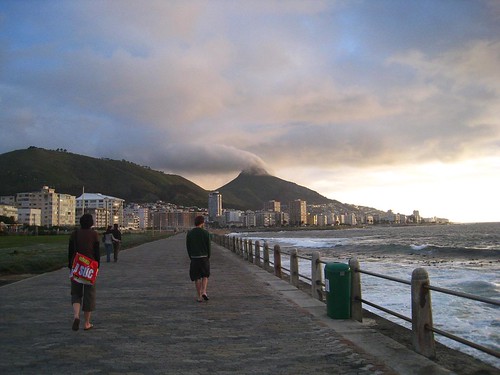 To cap off the day, we took a short walk along the promenade back in Cape Town.

The post of content is very interesting and exciting. I learned a lot from here.The content from simple to complex, so all of you can come in . No matter you want to see what can be found.By the way ,there are some websites is also very wonderful,you can go and see.such as ajf 13