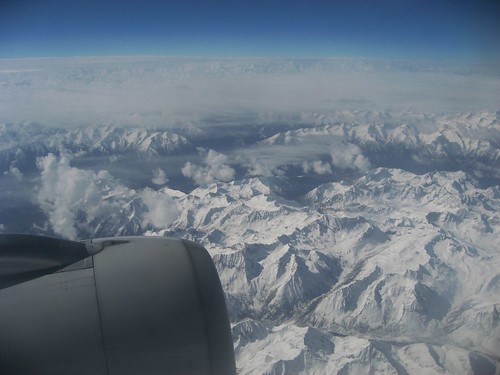 The flight from Chengdu to Lhasa was cool – crossing over the Tibetan Plateau – the snow-capped, glacier-ridden mountains slowly coming into view through the cloud cover. Getting to the airport early had paid off – I was able to secure a window seat (13A) for both legs. Next to me were two Kiwis living and working in Scotland/Wales. They were quite friendly and I enjoyed talking with them. One of the guys relayed his experiences with an overland tour in Africa. In front of us were an American girl (Rose from California) and two Spaniards who were traveling by bicycle. Like me, they had to skip past Tibet for Nepal due to the recent turmoil. I admired their sense of adventure. 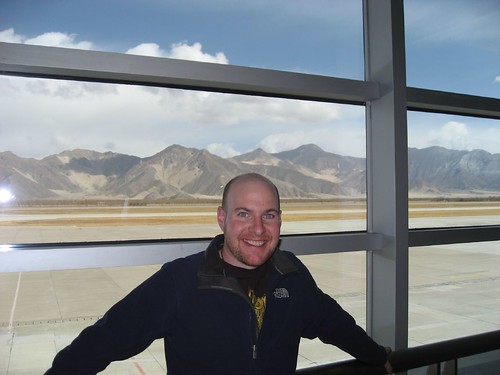 Even if just at the airport, I was glad to have touched down in Lhasa, Tibet – rooftop of the world – 12,000 feet! I think adrenaline and a hangover outmatched any immediate feelings from the altitude. I bought a small square thangka (painting) made in a Tibetan monastery and a turquoise/silver necklace at the gift shop. And then we boarded the second flight to Kathmandu. 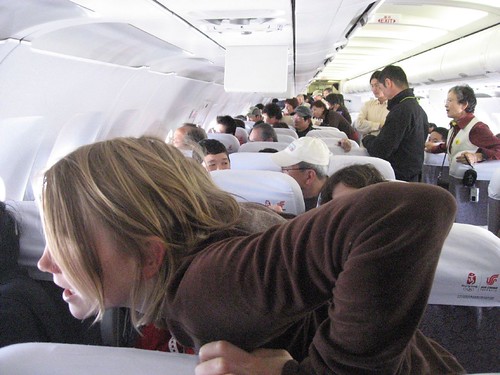 We passed over the Himalaya and had a fantastically clear view of Mt. Everest out of the right side of the plane. It felt so near – it was massive. I took tons of photos as did most of the passengers. 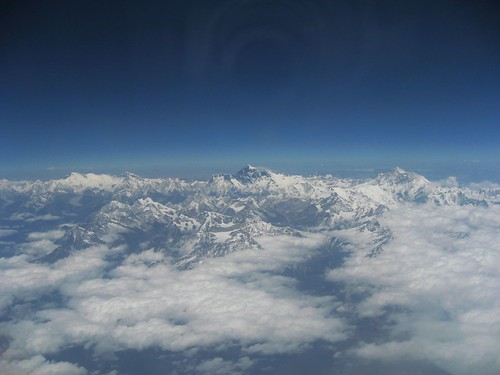 Combined, the two flights were no more than about four hours, yet they inspired more awe in me than all the rest I've taken combined. I did my best to suck it all in, not knowing when I'd have such an opportunity again. 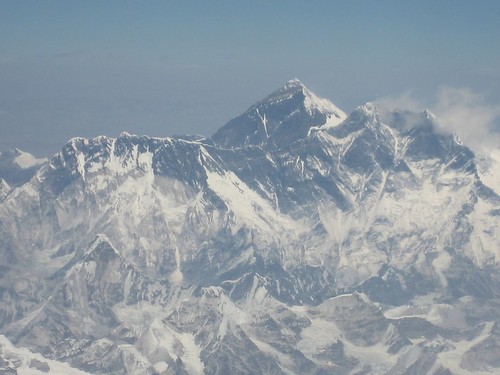 So envious of your flight...how luck to have such clear views. Cheers!

So envious of your flight...how luck to have such clear views. Cheers!

Thanks Jacob....it was one of the more exciting plane rides I've ever taken!

Thanks Jacob....it was one of the more exciting plane rides I've ever taken!

Wow, those photos are AMAZING!!! I can't believe you were able to get such clear shots out of your plane windows- they must have been very clean. That's truly what your trip's about, these kinds of once-in-a-lifetime things. Thanks for sharing. Susan

One of my wishes. I'm so glad to have found your blog and that you have shared these photos!

Sure thing Laane - especially if it helps others to travel to such amazing places. :)