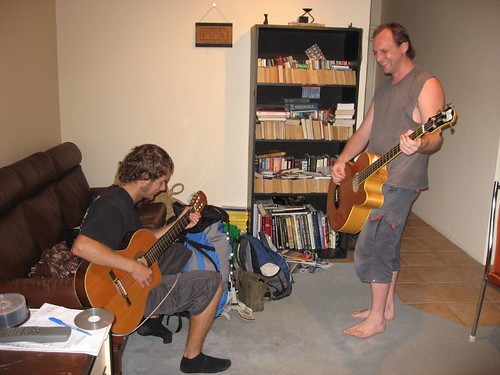 I rang Ben up from the Auchenflower train station, and he walked over bare foot a few minutes later to greet me. Turns out his apartment was only two blocks away – super convenient for all the couchsurfers he hosted. 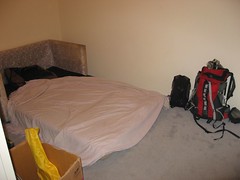 Ben is a Couchsurfing city ambassador for Brisbane, which means he tends to host a lot of people and take an active role in fostering a bigger couchsurfing community in his city (and as I learned, all of Queensland). He was a great host – very connected to the local Brisbane music scene having been in many bands. He introduced me to the local community radio station 4zzz (pronounced 4-triple-zed), 102.1 FM. I was immediately blown away by what I was hearing – rap songs with f-bombs everywhere and the n-word (obviously not radio edits). It turns out the station had a 30-year history of shaking things up and they were still going strong. I listened to the station as much as I could during my 2-day stay – soaking up it's free-wheeling style, and great (really great) music selections. The DJ's were silly and fun too. 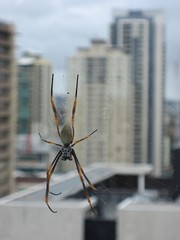 Aside from listening to lots of local music (and talking about it too), I did a 1/2 day walk around Brisbane, though the rain put a damper on it. Chris (another couchsurfer staying with Ben) joined me, though he'd already been to the city. We explored the Town Hall, including the free ride to the clock tower, took a ferry across the river, and spent an hour wandering around the (free) Queensland/Brisbane Museum.

I also hammered out a rough itinerary for my stay in Australia after an overdue read through the Australia Lonely Planet. Next stop, the hippie-beach-party-surf enclave known as Byron Bay!

Hey, anyone know of anyone offering couchsurfing in Brisbane?

A friend and I need somewhere to stay for 2 nights this week in Brisbane.

Any help would be appreciated.

apologies? for the tired? look - had a massive farewell party that night Couchsurfing Brisbane.

Hi Chris/Dave, Do you have Ben's contact details - wanting to ask him about couchsurfing there?

Hi Chris/Dave, Do you have Ben's contact details - wanting to ask him about couchsurfing there?

Awesome! That spider though... did you HAVE to post it? I mean really, you could have posted a picture of the Brisbane town hall... Gives me the shivers just looking at it.

So do tell? What's your 'rough itinerary' for Australia?

Byron Bay north to Cairns, then fly to Sydney for 5 nights, and round out the trip with 4 nights in Melbourne. :)