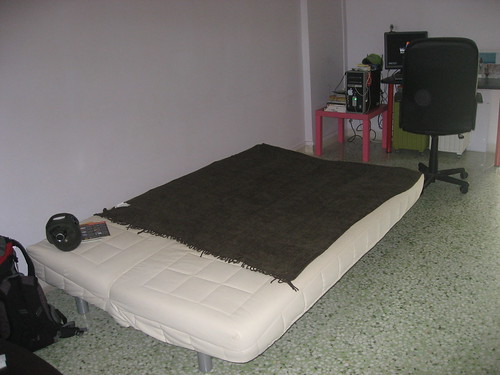 During the first part of the flight to Singapore, there was frequent turbulence and flashes of lightning through the clouds. Initially, I was engrossed in a conversation with the Australian women next to me who was on her way to do the Everest Base Camp trek in Nepal by way of India. As her Valium kicked in, and my anxiety grew, I put on my MP3 player and went to my happy place, eventually drifting in and out of sleep until our arrival.

Visas, immigration, customs, and baggage collection all went smoothly around 1 am. I used my credit card to phone Ian, the Singaporean who offered to host me through Couchsurfing. I'd later learn that call cost me $21. I have no idea why! Ian gave me his address, and I said goodbye to Laura and Jessica one last time. They were off to Thailand via train through Malaysia.

As I took the taxi across the city in the early morning, I felt some reverse culture shock after being on tropical islands for the past 3 weeks. Wide paved roads….large apartment buildings….skyscrapers….no haggle taxis. With the help of the taxi driver and his cell phone, I found Ian, and we headed up to his apartment. After a quick tour, I crashed on his fold out couch.