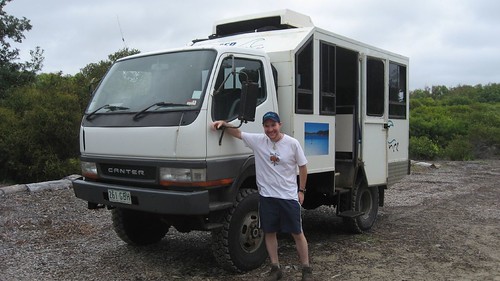 Touring Fraser Island, the world's largest sand island, by 4×4 is a VERY popular activity in Australia. The gist of it is to either hire your own 4-wheel drive vehicle and camp out in tents on the island for a few nights, or take a guided tour and let someone else do the driving. I opted to go with The Fraser Experience which was mentioned in The Lonely Planet. The groups are small – 14 people – and you cruise around in a gigantic truck, spending the night in an island resort. 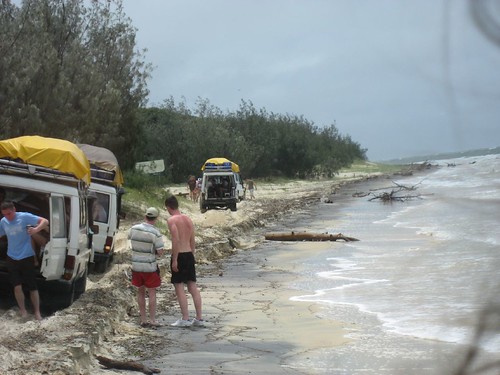 As our guide, Neil, gassed up our truck, I saw a caravan of SUV's pass by on their way to the island. Self-drive tours are cheaper, and thus the most common approach for young backpackers. I felt a twinge of envy. They would have a sense of fulfillment I might be missing out on by paying a bit extra for a guide and such. And then I saw our guide plow past a traffic jam of these SUV's a few minutes after we landed on the island. And then I was thankful we'd have a roof over our heads when it started to pour rain (which lasted both days of the trip). 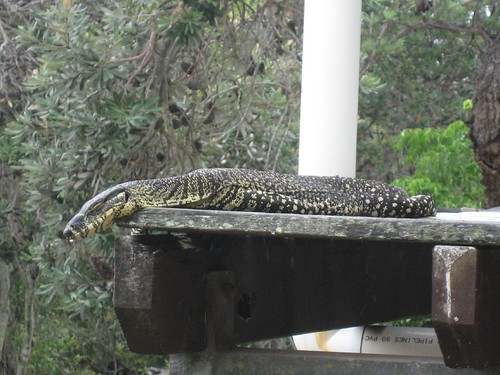 We spent the first morning driving up the beach, which despite the rain, was quite brilliant. Our big truck was faster than the little ones, though there wasn't much traffic on the island. The views were rather drab given the rain. We stopped at the resort for lunch, where I saw my first goana (lounging outside the ladies room). 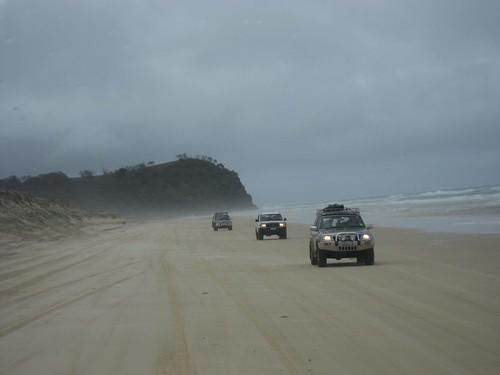 After lunch, we headed farther up the beach to Indian Head Point, which required a bit of a climb. We passed a section of trees which were filled with heaps of Golden Orb spiders. Welcome to my nightmare! It was fascinating and disturbing. They were everywhere, yet I understood them to be fairly harmless. 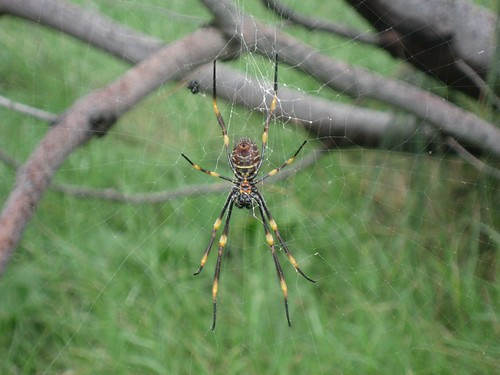 At the end of the day, we had a buffet dinner at the resort, and a few drinks at the beach bar. Our guide played a game with us by roping me with the tall blonde English nanny in our group. We tried our best to figure out the solution to untangling ourselves with no luck.  I wasn't complaining though! 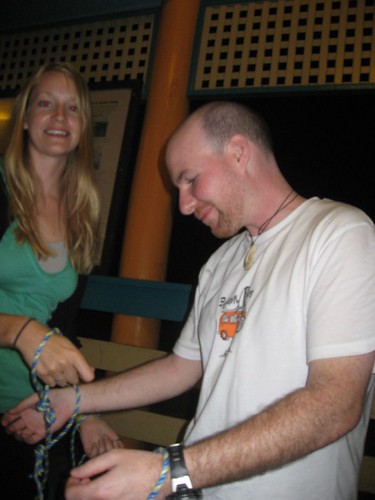 I entered a casual pool tournament, beating one of the organizers (who had his own cue stick) in the first round, though losing my second game by a good bit.  A few of my tour mates had stayed out extra late to cheer me on. 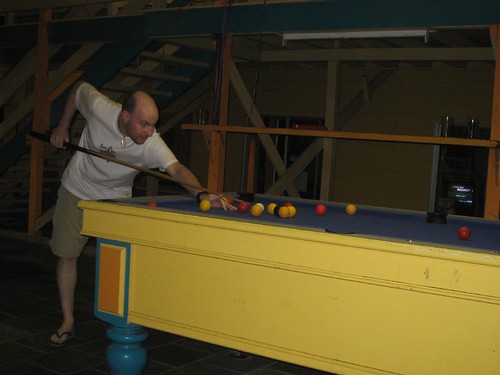 Keep the blogs coming, love reading them and seeing your photos! It inspires me. :)

Keep the blogs coming, love reading them and seeing your photos! It inspires me. :)

Looks like you are having fun!!! Seems like you are meeting a lot of people, I have no idea, but - is this part of the Backpacking social scene? Very nice photo Albums! I have enjoyed going thru them. I've also been following along on Google Earth... It helps me understand the places you go, and write about...

Are you going to Sydney or Melbourne at all?

Hey Skip - the socializing is a big part of the backpacking experience. It's one of the aspects I really enjoy, though there are some downsides too. I can spend a little more time writing about that part of the trip since you're curious.

I'm trying to keep up on Google Earth, though the coordinates tend to be in the general vicinity of the cities I stay, not necessarily pinpoint accurate as I'd like. I didn't want to carry around a GPS unit though!

I arrived in Sydney yesterday, and it's got so much going on, I don't know how I can take it all in over 5 days. I'm not going to rush myself though. I wrap up Australia with 4 nights in Melbourne so stay tuned for the city life! :)