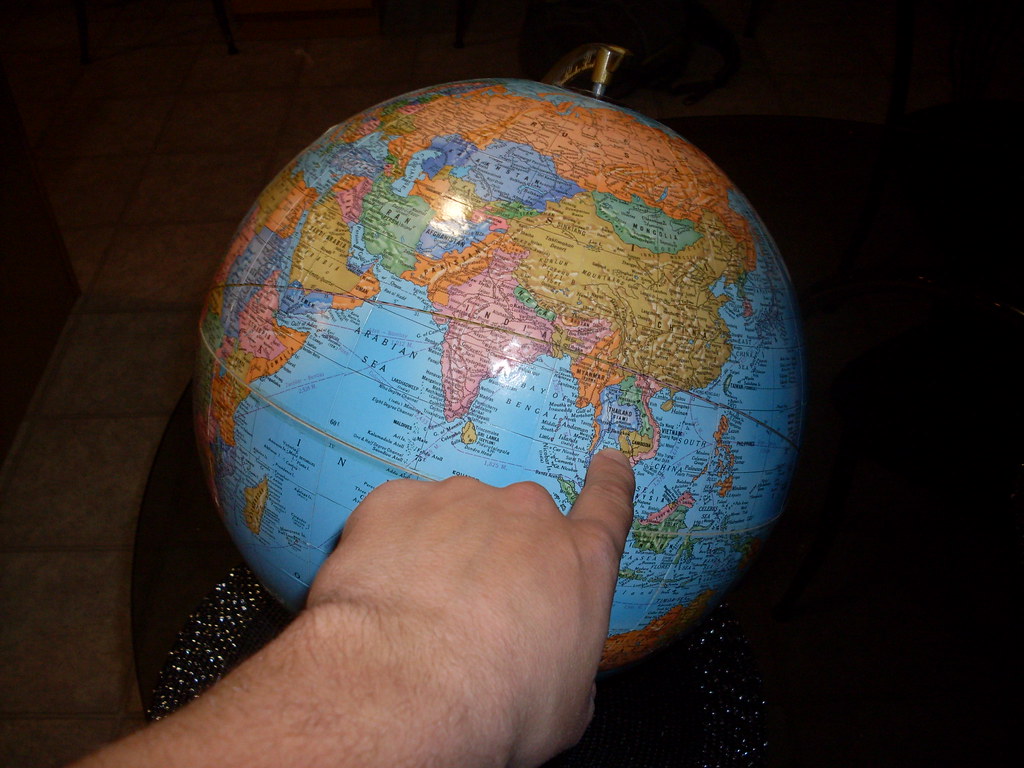 These are always the first questions I'm asked when I tell someone I'm planning a trip. The when and the where are the easy parts, the why is somewhat more complicated.  As with any big decision there were multiple factors involved.

When I returned from Europe in June, 2008 the only thing I could think about was travel: where, when, how? My initial intentions were of returning to Eastern Europe or trekking through Central Asia. Unfortunately Central Asia is too volatile right now and getting even more so.

Eastern Europe was thrown to the wayside when a backpacker friend of mine suggested South East Asia.

His answer to Why? The full moon party on Ko Pha Ngan, and treks in the jungle were the first things he mentioned, both of which perked my ears right up.  I knew that South East Asia had a well worn backpacker trail and that it had ample amounts of everything I was looking for: wilderness, an alien culture, a handful of countries that can be traveled overland, danger, and a great party scene.

Although I had the time of my life in Europe I had an immediate drive to top it.  When I stood in the German Alps, I told myself that I would find a place even more beautiful before it was all over. I'm still looking…

After watching an episode of Top Gear which featured Ha Long Bay in Vietnam, I knew Asia was in my future.  Europe lacked the danger and adventure that I now crave, and to cure that I would need to push my limits with a venture into Burma.

Asia will be a trip of many firsts for me both in culture and length, which I think is what ultimately drew me away from Europe and set my compass towards Asia­. In my mind, Europe will always be there but Asia is currently in the middle of a tourism boom and rapid industrialization, much like Cuba.  I consider it necessary to see Asia now, before its countries become further developed and industrialized.

Then the questions turned to when to go and where to go. My departure in April of 2010 made sense as I'm taking a second gap year from university along with several other factors. The length of my time off will allow me to accumulate enough funds for a 4 month trip and allow me to make another small trip in February.

After reading about the area and finding this blog, I started to get a good feel of the region and what each country had to offer.  I formulated a route that would take me through Thailand, Burma, Laos and Cambodia.  As I began to plan, I reconnected with a friend I had first met in Berlin, who conveniently lives in Singapore.  With a open invitation from my friend, Malaysia and Singapore were both added to my route. As these things go, the trip continued to expand in my mind to include Vietnam and balloon to 4 full months abroad.

Often after I answer these three questions, people ask me what I'm going to be doing, almost with a tone of disbelief at the amount of time I will be away from home. Although my answer is usually a simple “backpacking around” my mind always starts to race from destinations to adventures: trekking in the Lao jungle, fishing in the world's oldest forest, exploring ruins in Cambodia, volunteering in Laos, and so many more.

As a traveler I'll always seek the next experience, the next story.  To experience is to grow, to grow is to live. I hope you`ll follow along with me over the coming weeks as I dive into the details.

Next week, I`ll be writing about how to research a country you know little about.

Matthew is a backpacker with a sense of adventure who will always be looking for the next story to share with his fellow travelers. When he isn't on the road or scheming to get away from it all he enjoys a odd mix of the outdoors, and technology.

Will you be able to make it to IguaÃ§u Falls on your trip?

Will you be able to make it to IguaÃ§u Falls on your trip?

That's what Canadians get for not starting wars with half the Middle East! :)

Your right Vietnam may be rushed though I think I have found somewhat of a balance. Though I'll be getting to Hanoi, HMC, and Ha Long Bay come hell or high water.

Gotta love the ol' Canadian passport, I get a 28 day visa to Burma and to use most of it. http://bit.ly/1NP9hQ