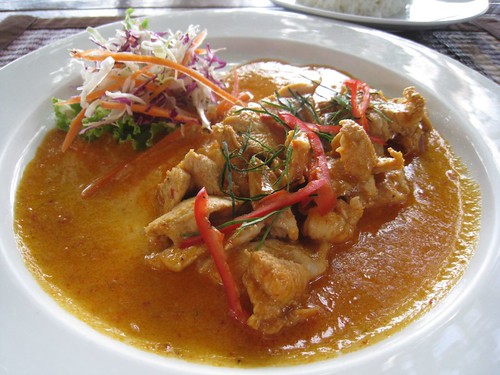 As well as the wonderful weather, beautiful beaches, friendly people and delicious food, traveling in Thailand is a backpacker's dream because it can be incredibly cheap.

Of course, like most countries used to the tourist dollar, there are international restaurants and five-star hotels that charge international money, especially in tourist hot spots such as Bangkok and Phuket.

However, it is still easy to eat and drink on backpacker funds, you just need to know where to go, what to look out for and a few simple tips that will ingratiate yourself with the locals.

Thai food is one of the most delicious cuisines in the world. Just thinking about steaming pots of fiery tom yam goong (spicy sweet and sour prawn soup flavored with chili and lemongrass), plates of pad thai with fat prawns nestling amongst noodles glistening with sticky sauce and accompanied by tiny mounds of roasted peanuts, shredded chili and wedges of fresh lime, bowls of rich green chicken curry and fragrant jasmine rice, and sweet, juicy slices of mango with creamy sticky rice is making me salivate.

Gorging on Thai food is perhaps one of the best reasons to visit the country, food is certainly important to the Thais, a religion coming only second to Buddhism in importance.

Their appetites are insatiable and they're always thinking about their next meal or snack.

Because of this, street food vendors line every street, from rural areas to cities, and the food they dish up is utterly divine.

The capital, especially, is choked with street vendors so venture out of your Bangkok hotel and hit the streets.

You can get pretty much everything from these masterful chef-vendors, who cook it all up in a wok in front of you.

Anything from chicken satays, to fried noodles, to ice cream sandwiches can be bought, from as little as 5 or 10 baht (under $1).

If eating in a restaurant, remember that Thai food is meant to be shared and as such the portions can be large, get together with a group of fellow backpackers, order fewer dishes than there are people and eat a feast whilst spending less. 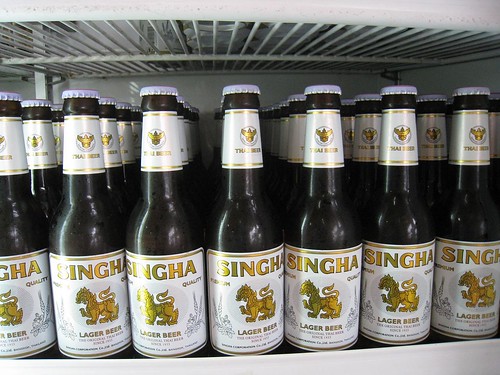 Local beer is cheap and plentiful and is surprisingly good. Singha, Leo, and Chang are the local beers and Beer Laos (which is, unsurprisingly, from Laos) is also cheap.

Buy an imported beer and, with Thailand's heavy import duties, you could pay up to double the price of a local beer. Besides, you can drink Corona or Budweiser anywhere.

You're in Thailand, be adventurous and drink Thai beer, they have been created to wash down spicy food so you may find you actually prefer them.

Expect also to pay top dollar for wine and cocktails made with imported spirits. If you're after something a little stronger than beer, drink like a local and order a SamSong (local whiskey) and cola.

Traveling is all about experiencing new things so step out of your accommodation in Phuket, Bangkok or Chiang Mai and savor new tastes.

There's a lot you can learn about a country and its people through its food, especially somewhere as food-obsessed as Thailand.

Eat like a local and pay like a local. The Thais are a happy bunch so give them a winning smile and you might just get a further discount!

great tips Dave - will be there in a few weeks as well.