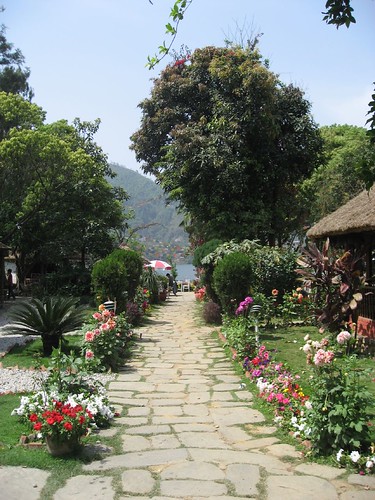 The morning after deciding on which guide/porter to hire, Gela informed the manager at her guest house, and we met up for lunch at Boomerang, a restaurant with an idyllic outdoor patio overlooking the lake. The warm sun was beaming down on us, birds were chirping, prayer flags were fluttering, and the locals were going about their daily routines by the waterfront. I felt full of anticipation and excitement for what lay ahead. Trekking in Nepal's Himalaya was the #1 thing I wanted to do on my trip around the world, and the moment had arrived to make it a reality. 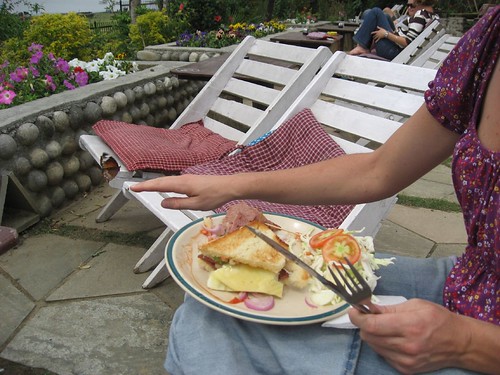 We made lists of the last-minute items we needed to pack, and went about buying granola bars, chocolate, iodine pills, toilet paper, etc. In the afternoon we met our guide, Mohan, and porter, Nima Sherpa. They seemed very quiet during our first meeting so I couldn't get a good feel for how well they spoke English. I was tickled that we would be spending time with a sherpa though. This ethnic group from the Khumbu (Everest) region of Nepal is highly spoken of by mountaineers (both in the books I've read and the TV shows I've seen) for their strength and loyalty on high-altitude expeditions. 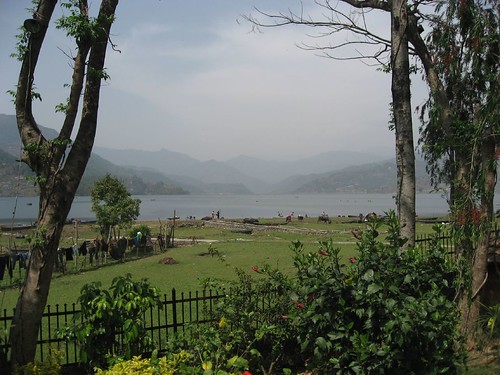 The meeting was short, and to Gela's surprise, I had run out of questions. I did have the guest house manager (also a guide, of course) go through my pack so I could get a definitive answer to what I was missing. In the evening, we rented a large backpack for our porter, and I picked out a regular canvas daypack. I also bought a cheap double-sided fleece, and thin gloves and a beanie. Gela hired what we thought was a waterproof jacket (and later turned out to be crap).

I was still suffering from abdominal cramps. I had self-diagnosed myself with Giardia and picked up some antibiotics from one of the local pharmacies. I was hoping they'd kick in and I'd feel better for the first day of our trek. As if cramps weren't enough, I developed a blister between two toes on my right foot. I drained it a night ago but it still felt awkward and uncomfortable. I put a band aid on, but it hurt so I took it off for the night. 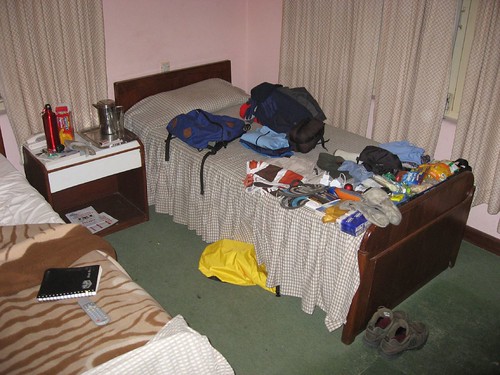 As my time in Chengdu wound down, I reached deep into by backpack and pulled out a crumpled pair of Merrell hiking boots. After 4 months at the bottom of my pack, and only one day's use (Dec, New Zealand), they didn't feel right. They felt too tight, especially with wool trekking socks, so I didn't think they'd be comfortable. At the same time, I wasn't sure if I was better off using my non-waterproof New Balance cross-trainers or buying a new pair of knock-off boots in Nepal. I ended up using my boots for their trade-in value, and receiving enough feedback to feel confident using my broken-in sneakers which were well-fitted with my orthotics.