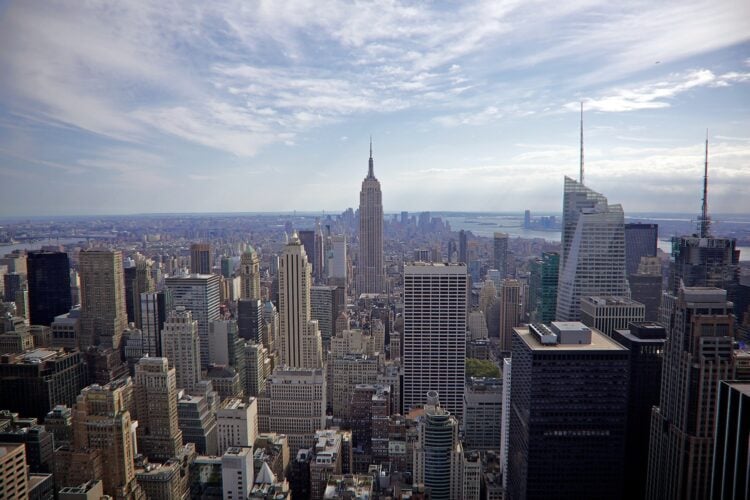 When you hear the name New York City, what comes to mind?

For me, I think metropolitan, high-fashion, upbeat, trendy, diverse, but yet still showcases a little art and history.

In New York City, when things need to happen, they happen quickly because there is always something to do and people to see.

With so much happening around one of the most buzzworthy cities in the world, naming just three iconic places is a little challenge. However, I am about to give it a go. I hope you like them as much as I did!

Of course, one cannot go to New York and not visit the building which has featured in “Sleepless in Seatle,” “An Affair to Remember,” “Elf,” and more recently, “Spiderman.”

Towering at a whopping 1,454 feet, with 103 stories, it was once the tallest building in the world. Today, it is still a magnificent sight with 6,514 windows so dazzling birds confusingly fly into them.

Towering over Manhattan, the 86th and 102nd floors have been made into observatories where tourists can take in epic views of the city.

2. The Statue of Liberty

A formidable figure which stands over Liberty Island is the famous gift given from the French to the Americans in the year 1886 called the Statue of Liberty.

Being a symbol of freedom as its name suggests, it is one of the world’s tallest statues standing at 152 feet tall. To fully take in this iconic statue, a tour to the island is required.

Once there, you can explore the statue's base, enter the pedestal, and if you’re willing to pay a little for a VIP experience, go up to the statue's crown.

The tour also allows you to visit the immigration museum, where countless immigrants were processed into the American borders.

John D Rockefeller was an American industrialist who kept future generations in mind.

Making his money as an oil tycoon, today their family is worth $11 billion, making them one of the world’s wealthiest families.

It would come as no surprise to know that Rockefeller Center is home to a state-of-the-art metropolitan experience.

With specialized shops, motifs, and sculptures, Rockefeller Center is home an impressive array of famous artwork.

You would also be able to learn about how Rockefeller’s vision became a reality.

Encapsulated in the middle of the center, is a unique garden which provides an escape from the hustle and bustle New York gives.

Amongst other fascinating things to do in the center, one worth a quick mention is the NBC studio tour, which blends the education of what broadcasting is about with the behind the scene glimpse.

Lastly, but certainly not least, to visit, is the radio city music hall where you could either choose to attend a performance or go on a backstage tour.

You can visit some more best places in New York City like Coney Island, Chinatown, the Bronx Zoo, 9/11 Memorial and museum, etc.

I hope that after reading this list of the three must-visit destinations in New York City, you would agree that these places have come to symbolize the city.

But, although I have done my best at painting a picture of what New York has to offer, your best bet would be to get out there and experience it for yourself! You can get affordable and reliable parking options through JFK Parking with Parkos.

This story was brought to you in partnership with Parkos.

Arthur is a father of three and writer covering a range of topics including internet marketing, SEO, and more. When not writing, he can be found behind a drum kit.