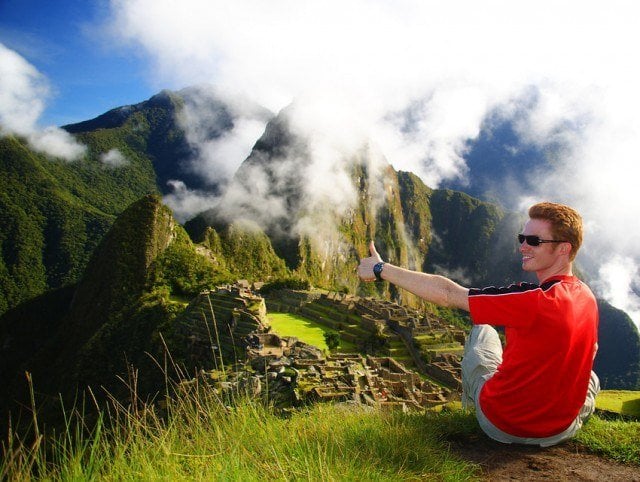 It's been over two years since my last interview with a member of Travel Blog Success. In that time, 200 new travelers have joined the community. Last year, Nomadic Samuel was one of them.

I knew he'd succeed in reaching his goals because the bloggers who ask the most questions often do. They have an insatiable desire to learn, and that's important.

TBS: Why did you decide to join Travel Blog Success (TBS)?

Samuel: When I decided to launch my travel site Nomadic Samuel I had built up a lot of resources that I could potentially share with others in terms of travel photos, videos and stories; however, I completely lacked any technical knowledge regarding running a website or monetizing my online business.

At the time, I hoped that by joining this course it would help me achieve success in these areas where I had limited to no experience.

Overall, the investment has more than paid off and joining the course as a Premium member was one of the best decisions I’ve made towards advancing my travel blog.

TBS: When did you join TBS? How much were you earning per month from your blog at the time?

Samuel: I joined TBS almost immediately after launching my travel blog, so I was earning literally nothing at the time.

I knew I was going to be serious about my site from the initial stages, and it was great to build a foundation of knowledge related to the business aspects before I even had advertisers contacting me.

Samuel: Having launched my blog on July 1st, 2011, I had set a goal that by the end of my first year of blogging I would make $1,000 in the final month leading up to that anniversary.

My goal was to slowly increase my monthly earnings and eventually achieve over $1,000 by the end of the year. Looking back in hindsight, I realize I had set the bar far too low.

I’m thrilled to announce that I earned well over $6,000 for May spread across several different sites and a few external projects.

I would never have expected to be earning this much money in my first year, but I’m certainly pleased with the results.

TBS: What are the ways you're currently earning money?

Samuel: Currently, the bulk of my earnings come from text link sales on my sidebar and sponsored posts. I think one of the best decisions I ever made was to create several other sites last Winter when I was in between regular jobs.

Although many of my projects have not yet been completed, I’m earning money now on several different sites, such as Smiling Faces Travel Photos, in addition to my flagship site.

Moreover, I’ve just started to monetize my YouTube travel channel, and I’ve been earning money sporadically from private sales with my travel photos for print magazines.

Affiliate sales and Google Adsense make up another small percentage of the money I pull in each month.

I’m planning on setting up a stock photography profile on several different sites as another method to earn more passive income.

In the future, I’d like to monetize more of my travel sites and create several of my own ebook products to sell. 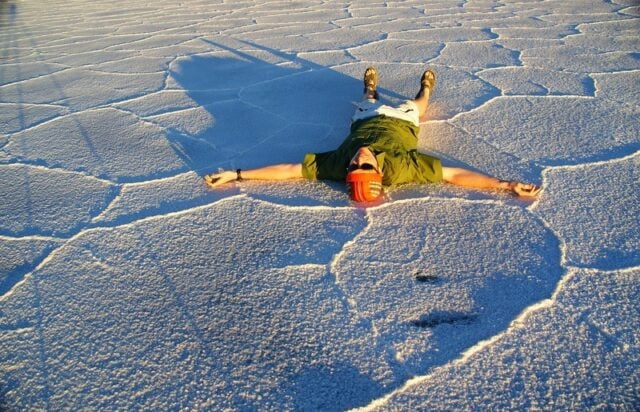 At the Salt Flats in Northern Argentina

TBS: Which TBS resources have you found most useful, and why?

The course (written lessons) itself is full of quality information that really provides a blueprint for how to go about successfully building your site up to the point where it can eventually make money.

Finally, the Facebook group has been my favorite part of the program. It’s a community full of like-minded individuals who are supportive and helpful towards one another.

I can’t count the number of times I’ve used the message board to seek advice on a variety of subjects related to my site, monetization, or strategy techniques.

TBS: Were there any moments where thought about quitting, or at least cutting back drastically on the amount of time and energy you were putting into your blog(s)? If yes, what inspired you to continue?

Last Fall, I lost a position at work due to the fact I was earning money outside of my job with my blog.

Although this amount was quite insignificant at the time, it was enough for my eventual dismissal.

I had already found it challenging to work and blog at the same time, and this black mark had me questioning whether I was making the right decision to carry on with things.

In the New Year, I made a tough decision to dismantle my YouTube channel and remove all of my travel videos.

At the time, I was achieving nearly 3,000 views per day on average, and almost overnight, I had obliterated all of that.

Since that time I’ve slowly been building the channel back up again doing things properly with royalty-free music.

Overall, the challenges were difficult situations at the time, but in hindsight, I feel they were important tests/hurdles that needed to be overcome to see whether or not I was serious with my blog.

TBS: Who do you think can benefit the most from joining TBS?

Samuel: I think anyone serious about growing their blog and eventually monetizing it can benefit from joining TBS. I would highly recommend it to anyone.

TBS: Parting words. What's your #1 piece of advice to travel bloggers who are just getting started?

Samuel: My number one suggestion for travel bloggers just starting is to try and be consistent as possible with your efforts.

It’s easy to get frustrated, and it is easy to potentially to want to give up after putting in weeks/months of hard work and at times seeing little reward for those efforts.

It’s been well noted by other senior bloggers that it takes time to build your site up to the point where it can earn significant money.

My advice is to be consistent across the board with your efforts until you reach that point.

Any travel blog that has achieved success in any given area is consistently churning out great content, utilizing social media to expand its audience and building links to make stronger page rank/SEO Moz indicators.

I don’t know of a single travel blogger who has not been frustrated or hit rock bottom and wanted to give up at some point. Not packing it in is half the battle towards eventually achieving success in all areas.

Special thanks to Samuel for taking the time to share his experience building a new travel blog.

Hi, great to hear about success. My own blog (thetravelleap.com) was launched on 1 September, so I'm right in the middle of delving deeper into the world of SEO and working on refining stuff I haven't got right yet (headlines, content, keywords, titles, descriptions - aaaargh!) while I keep writing. I must remember to come back to this page when I hit low spots or am just uninspired. :-) Or when the complexity all seems too much and I lose sight of the bigger picture. Thanks for sharing and inspiring others!

I was actually really surprised reading this--I just started my blog ten weeks ago and yours (Samuel's) is been one of the "established" blogs I've been looking to for ideas and inspiration. I put "established" in quotes for the same reason I say I was surprised: you're blog is only a little over a year old?!? I would've never guessed that... Very impressive

Much appreciated. Even though I've only been blogging for a short while it feels like it has been an eternity. It's sure sucked up a lot of my 'free' time I used to enjoy doing things that normal people do....haha

I can't BELIEVE I just used you're instead of your.....after all the grief I've given others fot that. Why is there no way to edit comments......?

Well deserved, mate. I know this post is mainly about the business side of things, but it's the quality of your work you should be really proud of!

I would have to say the same about your blog as well! Keep producing great quality stuff :)

Congratulations Samuel, this is one of my biggest dreams, to make my living completely out of my site and be truly independent!

Thanks Angela! I think many of us dream of being at that point someday. I'm constantly thinking or looking for new ways I can increase the money I earn online from more passive income streams. One thing is for certain - it's a lot of hard work!