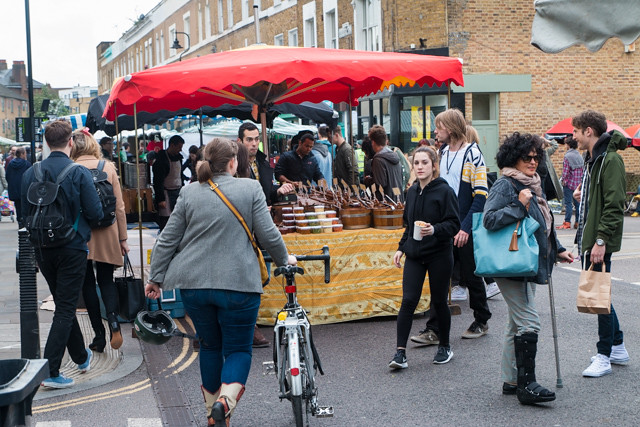 [L]ondon is full of great weekend markets, one of them being Broadway Market.

Like with nearly every market in the city, there's a history that goes with it. Beginning in the 1890's, people on Broadway Market street (before it had the name) started selling all sorts of things, mostly good quality food.

The market continued to develop and was a well-known spot in London for fresh fruits and vegetables, and a place where you could get tradition food, and socialize with the community.

But as time moved on and London modernized, Broadway Market started to fade. In the 1980's, with the economy not doing so well, the market pretty much came to an end.

The good news is, starting in 2004, there was a renaissance, and the market was relaunched, this time as a Saturday market each week.

Now, most vendors open from 9 am – 5 pm each Saturday. 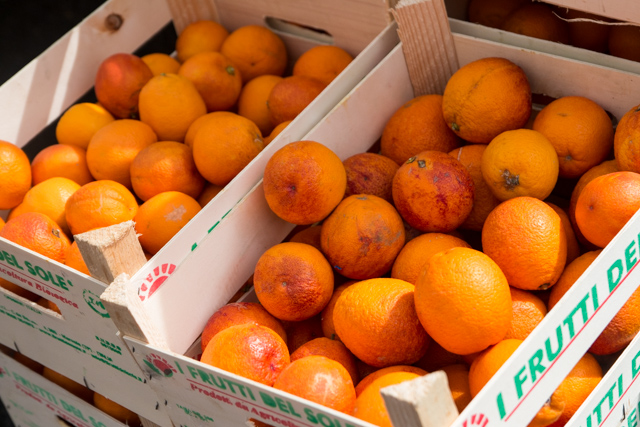 When I was in London, we headed over one Saturday morning to walk around and sample some of the food available.

There were a number of fresh meat and vegetable vendors, many selling high quality organic produce.

I wanted to buy it all, but since I had no kitchen, I went directly for the prepared food, which makes up the majority of the market. 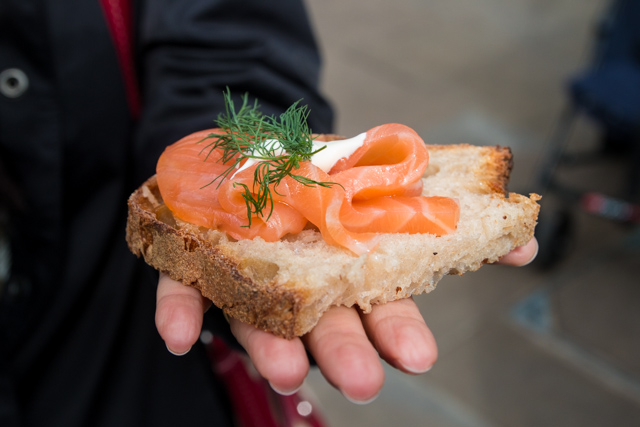 My first snack was a beautiful slice of smoked salmon from the Atlantic, on a slice of extremely crusty bread.

The salmon was stacked on top of the bread, topped with a spoon of sauce that tasted like a combination of cream cheese and mayonnaise, and finally a piece of fresh dill. 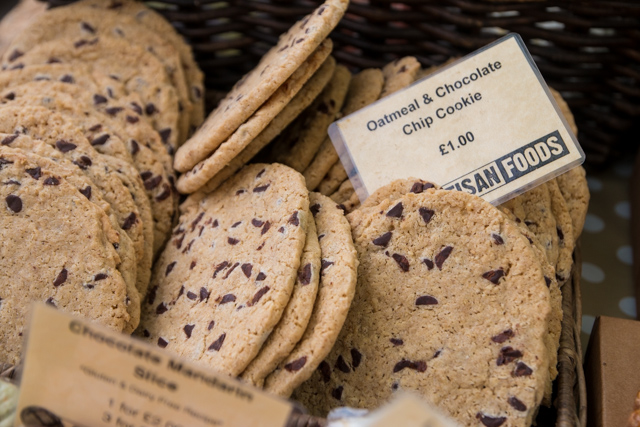 There were all sorts of delicious English sweets and cakes, as well as quite a few international foods from around the world as well. 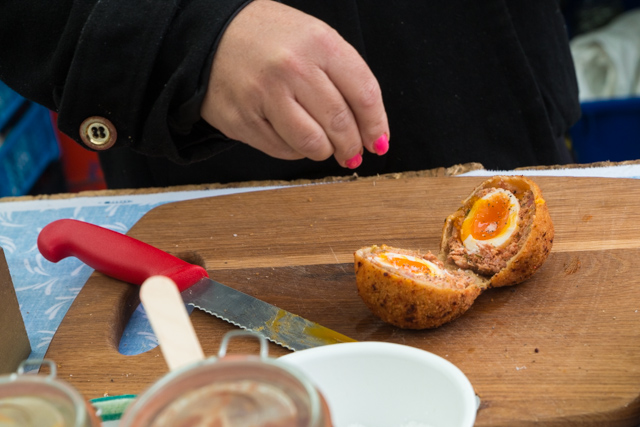 My first ever Scotch egg

The next food that really commanded my attention was a lady at the far end of the market who sold Scotch eggs.

A Scotch egg is basically an egg that's surrounded by sausage, covered in breadcrumbs, and deep-fried. This was my first time to ever try one, so I was thrilled – could there be anything better than eggs and sausage in ball form?

She had a number of different types, including one wrapped in chorizo, but I had to go with the haggis, a sausage made from sheep's pluck.

It was amazing, the egg was gooey and slightly runny, and the haggis surrounding it was meaty and delicious. 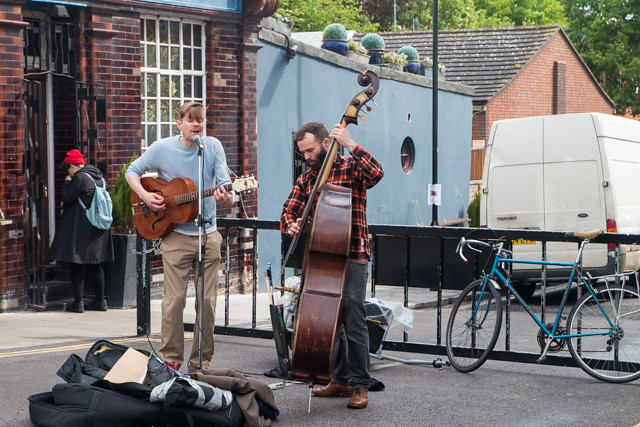 Along with food, what I really loved about Broadway Market in London was the atmosphere.

The market has a real friendly and community feel to it. It's a place where friends in the area come to hang out on a Saturday, eat some delicious food, and spend good times with friends and family.

Throughout the market, there were a number of musicians and artists who livened up the mood! 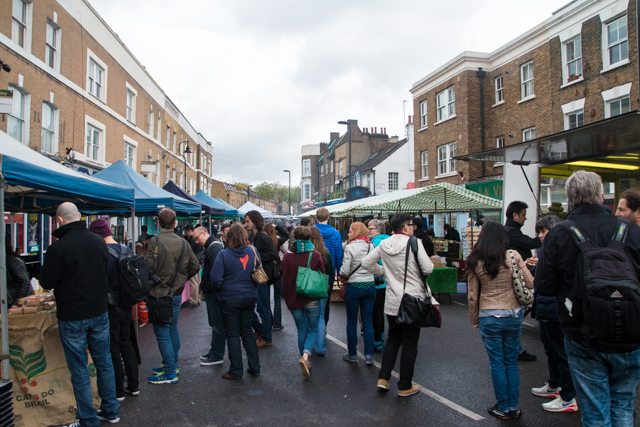 What I really liked about Broadway Market was not only the delicious food to sample, but also the friendly neighborhood feel to it. In a city the size of London, it's just great to walk around a calm and peaceful market – and the delicious food is great too.

Along with many traditional foods to try, there are also quite a few international vendors as well. I didn't have stomach space this time, but next time I'll be trying the Ghanaian food!

If you are in London on a Saturday, and if you love to eat and hang out, you should make it a point to visit Broadway Market.

Wow, Broadway market should be the BEST MARKET of all. I would love to visit it soon.

A very innovative post! I am not sure whether it sounds a bit incongruous or not- but Broadway market is a dream! And you're so right about its atmosphere! Even I love it for its dreamy and hassle-free ambience.

I love these markets, it would be my usual Saturday fill up when i was living in London