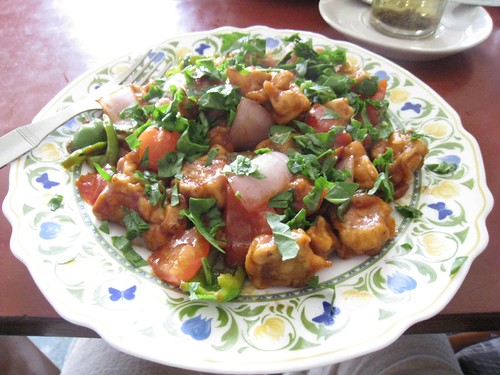 Food…delicious food. McLeod Ganj is filled with great restaurants offering predominantly Tibetan, Indian, and Italian food. I became a regular at popular Carpe Diem after trying a few of their Indian dishes. The service was friendly and they had a great rooftop seating area with views of upper McLeod Ganj, and the Dhauadhar Range (though less so once the rains began). The Green Hotel made the tastiest cheese and tofu momo's, while western-styled Moonpeak Expresso offered the best cappuccino I'd tasted in months. 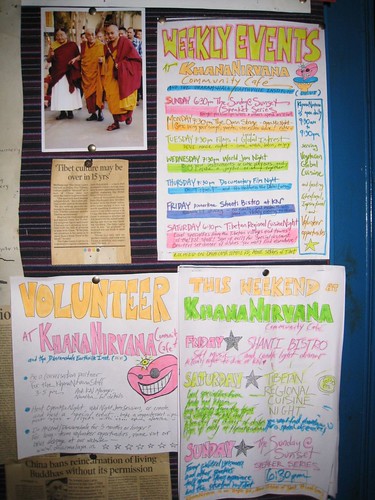 Khana Nirvana is a non-profit community cafe run by several American and silent Indian partners. In business for 11 years, it employs Tibetan refugees who take home any profits. The cafe runs nightly events and I greatly enjoyed the open mic nights when travelers would sing, play the guitar, recite poetry, do spoken word, or play the digiridoo (my personal favorite). One American guy was actually able to play the digiridoo while drumming on one song, and playing the guitar on another. The menu was vegetarian and very bohemian, with the restaurant using organic ingredients. 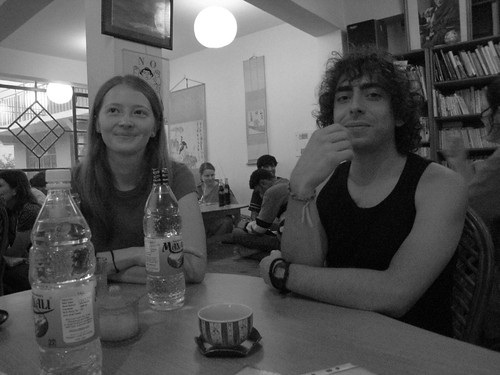 One evening, I joined Anastasia, Olga, Ron, and Fred for a talk sponsored by an Israeli group. The event was in Bagsu, a town 2km away from McLeod Ganj. The event was packed, and lead off by a Tibetan who worked with the International Campaign for Tibet. While not a historical expert on Tibet, he had been asked to give a brief history of the country during the 20th century.

He was followed by the ex-prisoner whose story was translated into English. To sum it up, he was jailed for 7 years (in the 90's) after being a part of a small protest in Tibet. He spoke of regular beatings, being hung from the ceiling, and placed in solitary confinement where he would only receive one dumpling and a small cup of water per day. He said it was hard to make logical sense of what activity would result in the beatings. Ten years after his release, and now residing in India, he is still suffering the effects of repeated trauma to his head. Sadly, from what I've read, his story is not unusual, and highlights China's poor record when it comes to human rights in Tibet. 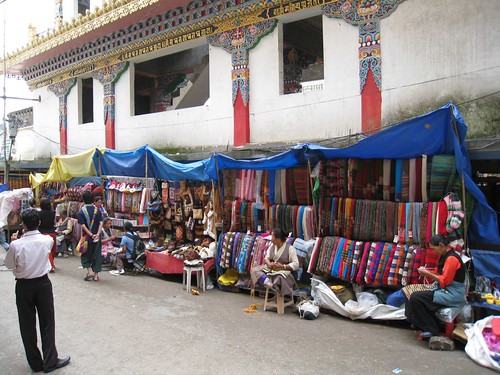 Public Audience With The 17th Karmapa

It's not every day you can attend a public audience with the spiritual leader of a Tibetan sect of Buddhism (of which there are four). Given the 17th Karmapa resided in Dharamsala, I convinced Steve to join me for a visit. Public audiences are held at the monastery where he resides twice a week. We took a taxi, bought katas (silk scarves) to offer, and queued up outside the gompa. Steve made it a point to be first in (the men's) line, which enabled us to sit front and center. Eventually, a voice came over the speaker system, and I realized it was the Karmapa speaking. We were a bit disappointed that he wasn't speaking from the solitary seat in front of us. After 20 minutes of talking, a group of monks entered the gompa, followed by the young Karmapa. Everyone lined up, holding the katas in front of them as they approached a monk. Giving the kata to the monk as an offering, he then returns it by placing it around the giver's neck. In effect, he has then blessed it by this interaction. We weren't sure who the monk was, but he certainly wasn't the Karmapa. The Karmapa would then hand each person a red string. People placed the strings around their necks or wrists. I did the latter, hoping it'd bring me a little good luck in the near future. In the future I intend to read the story of the 17th Karmapa, as he escaped from Tibet over the Himalaya in what is suppose to be quite an amazing adventure. Currently, his status as the leader of the sect is up for debate because there is another monk in Delhi who is also said to be the 17th Karmapa. Neither is allowed to assume their rightful seat at the Rumtek Monastery in Sikkim for fears it will further aggravate China. 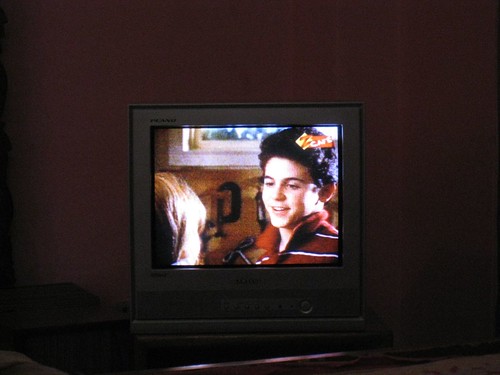 Once I was feeling myself again, I downgraded my room at Hotel Mount View. I lost the soft mattress and balcony, keeping cable TV access so I could continue to watch the Euro 2008 tournament. After the first week, all the matches were at the late local hour of 12am. It wasn't until the quarterfinals that I realized it was saner to simply watch the replays at 9am. McLeod Ganj didn't offer much in the way of public viewing options. The town all but shuts down by 10pm each night.

Watching the matches offered a nice opportunity to indulge my historical love for television, however it also acted as a gateway to other programming, such as The Wonder Years, CNN/BBC news, and movies like The Father Of The Bride (great one) and Blood Diamond. Sometimes I felt guilty for being tucked away in my room, and other times it felt like an overdue experience. The early arrival of the rainy season made it all the easier to stay indoors.

Recently hear the teaching of the the 17th Karmapa when he was in Seattle, WA. There is no doubt in my mind that he is a 900 year old soul. He has a current and penetrating wisdom.

Yes, I read that he was allowed to leave India for the first time to travel to the West. Very cool!

Recently hear the teaching of the the 17th Karmapa when he was in Seattle, WA. There is no doubt in my mind that he is a 900 year old soul. He has a current and penetrating wisdom.

Yes, I read that he was allowed to leave India for the first time to travel to the West. Very cool!

Other nice places in McLeod, northern India, or India altogether? In terms of McLeod, it's so small you'll find the good places, even if there a few days. :)

Other nice places in McLeod, northern India, or India altogether? In terms of McLeod, it's so small you'll find the good places, even if there a few days. :)