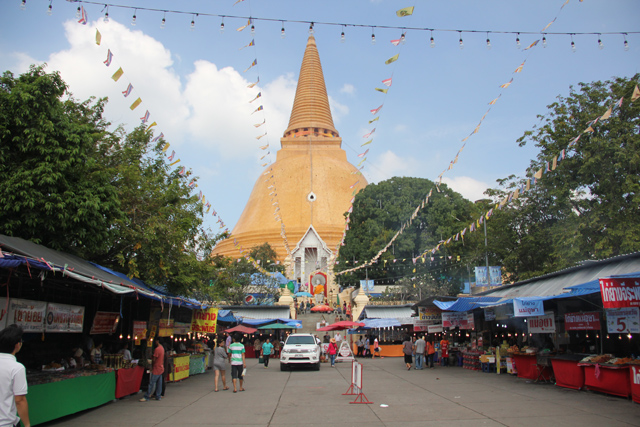 Along with plenty of annual holiday celebrations every year in Thailand, there are also lots of festivals, fairs, and carnivals.

Throughout Bangkok, huge festivals take place on the grounds of famous temples, sometimes as a one-time fundraiser, and other times as a planned event each year.

A festival in Thailand is all about shopping and food. Rides and games are also commonly available, but it's the shopping and snacking that dominates. 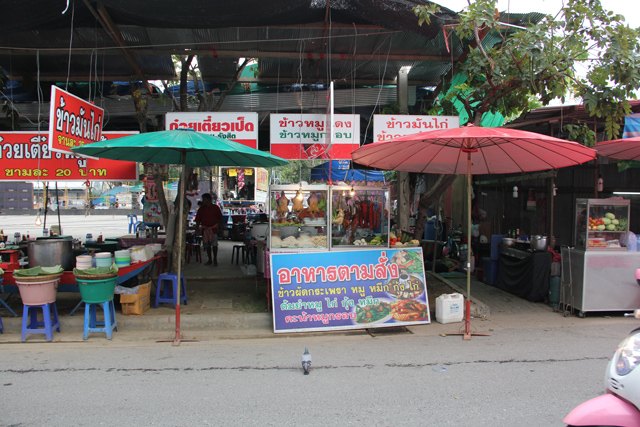 One of the biggest annual market fairs near Bangkok takes place towards the end of November at the Wat Phra Pathom Chedi in Nakhon Pathom, a city about an hour from central Bangkok.

The fair attracts a huge amount of locals from throughout Bangkok who are searching for great deals and tantalizing food.

As soon as you enter the temple grounds, you will be immersed into an aroma of grilled chicken.

I couldn't help myself from grabbing a stick of freshly grilled chicken and a bag of sticky rice as soon as I arrived. 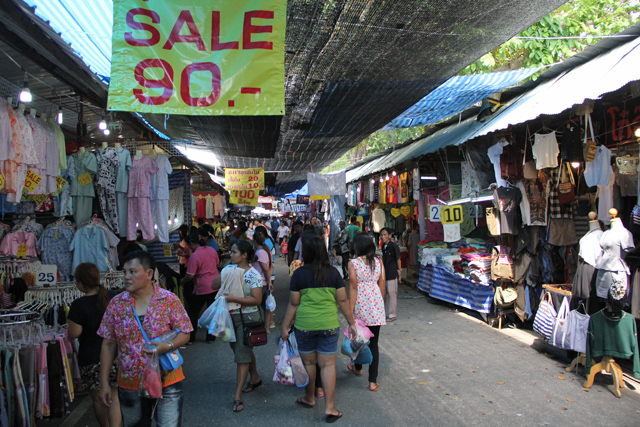 The shopping is what draws in the majority of the crowd.

Just like Chatuchak Weekend Market in Bangkok, at all Thai festivals, nearly everything you could ever need or dream of is available, and then more.

The latest fashion, used shoes, sandals, puppies and other pets, potted fruit trees, all kinds of makeup, DVD's and the newest music cd's, military camouflaged clothing, and retro cowboy gear were just a few of the things I saw while quickly browsing through the fair.

However, I'm personally not much of a shopper and prefer the food side of Thai festivals. 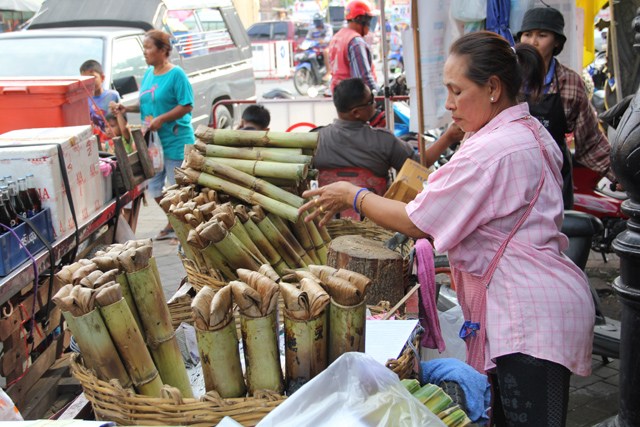 I started with a Thai dessert known as Khao Lam, which is quite famous and widely available in Nakhom Pathom.

There are two types, one made with regular white sticky rice, and the other made with black sticky rice and sweet beans.

If you ever get a chance to try Khao Lam, I'd highly recommend the more flavorful black rice version.

Sticky rice is first mixed with palm sugar and coconut cream before being stuffed into hollow bamboo cylinders.

The sticks of bamboo are then roasted over low heat as the sticky rice cooks and melt into the coconut cream and palm sugar.

The result is a marvelous sweet sticky rice that includes a hint of smokiness and is the flavor of rich custard.

Though not the main attraction of fairs in Thailand (as food and shopping are more popular), there were a few rides and games available.

Many of the games were shooting games where contestants were given a cap gun, and the aim was to shoot down as many little stuffed animals as possible to accumulate points and win a prize.

Another famous Thai festival game includes a small portable baby swimming pool (one of those plastic pools that's about two meters in diameter and contains about 1/4 of a meter of water) that is filled with water and little fish.

Contestants are given a net that is not made of mesh, but rather a sheet of paper.

The goal is to try and grab a fish before the paper dissolves. 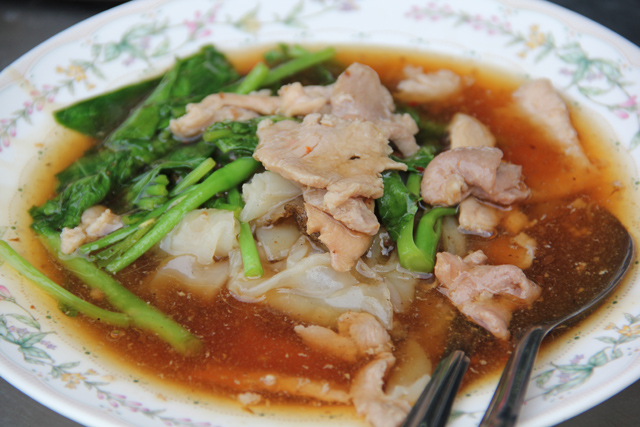 More than the shopping or the games, I was in pursuit of the food, which was never more than a few steps away.

Sen yai radna, or wide rice noodles in a porky gravy sauce, was what I settled for.

The noodles were first stir-fried on super high heat to give them a slight char flavor before being combined with the slowly strewed pork gravy.

A few spoons of vinegar, a scoop of chili flakes, and a dash of pepper made it tasty and delicious.

Stuffed full of snacks, I jumped back onto the bus to head back to central Bangkok.

I so want to go now!

My mouth is watering!