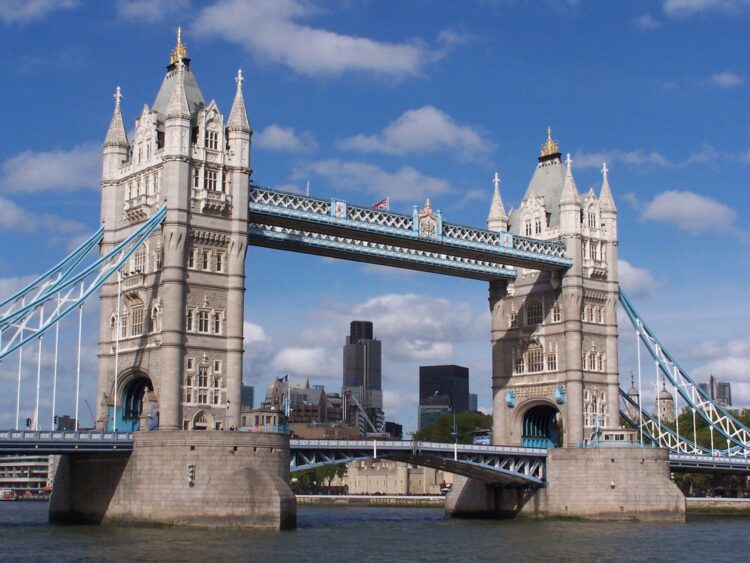 In less than five weeks, my travels will take me back to Great Britain for the first time in 14 years.

It feels like yesterday that I first approached the white Cliffs of Dover on a hovercraft from Calais, France.

(I may have been a clueless backpacker back then, but at least I knew you don't get to ride a hovercraft very often.)

The next day I took the train to London, where something possessed me to try and see as many musicals as possible in a 4-day span.

Buying restricted view seats, I saved a ton of money and doubled up with matinee showings of Rent and Oklahoma, and evening shows of Les Miserable and Chicago. In between, I hung out in Leicester Square.

On the way back from Ireland, I also took the time to visit Canterbury, which no doubt would've made one of my college English Literature professors quite happy.

Five years earlier, I'd visited Britain for the first time.

It was a two-week family trip that led me there, and along with visits to Bath, Oxford, and Stonehenge, we'd done the touristy things in London. Maybe that's why I felt no pressure to sightsee my second time around.

Returning to London for my third time, I once again have a new set of goals.

On the business end, I will be attending the annual World Travel Market, hosted in London, the first week of November.

On the personal end, I'm excited to catch up with some of my favorite British and Colombian friends I've met traveling the last five years.

And with a little luck, I'll manage to squeeze in another musical for old time's sake.

This article was brought to you by Visit Britain.

Gorgeous photo of the Eye and Big Ben.

Welcome to Britain. Hope you have a good time :)

You must be so excited going back to England after such a long period of time not being there. Have a great time there! Any interesting plans for London?

Ahh! I thought I was the only one who mistook a visit to London for a theater-going binge? Hahaha... Glad to know I wasn't alone in the 4 plays in 24 hours thing.

The hovercraft ran between Calais, France and Dover, England. I don't know if it still runs, but it was a fun experience.