Although synonymous with Africa, safaris don’t necessarily mean big cats and the Big Five. Instead, you can visit safaris in the most unlikely of countries.

Here are five safari budget accommodations from around the globe for you to consider.

This may surprise you but back in 1966, the first Safari Park opened outside of Africa – in England.

Longleat offers an actual drive-through safari with the opportunity to get close to wildlife without flying to South Africa. You can witness zebras and rhinos crossing and try to avoid the monkeys as they climb on top of your car.

The park is home to over 100 different species including giraffes, cheetahs, lions, elephants, rhino and wildebeests. Next time you’re planning a trip to Europe, take a short hop to England to experience a safari.

And once you’ve finished your wildlife experience, you can stay overnight in a British pub.

The Dove Inn is a proper country pub in the Wiltshire countryside and is one of the best budget hotels if you are visiting Longleat Safari Park. It is in a picturesque location near to the River Wylve and offers the English quintessential experience.

Prices cost from $128 a night for a single occupancy (based on prices through VisitWilshire.co.uk). 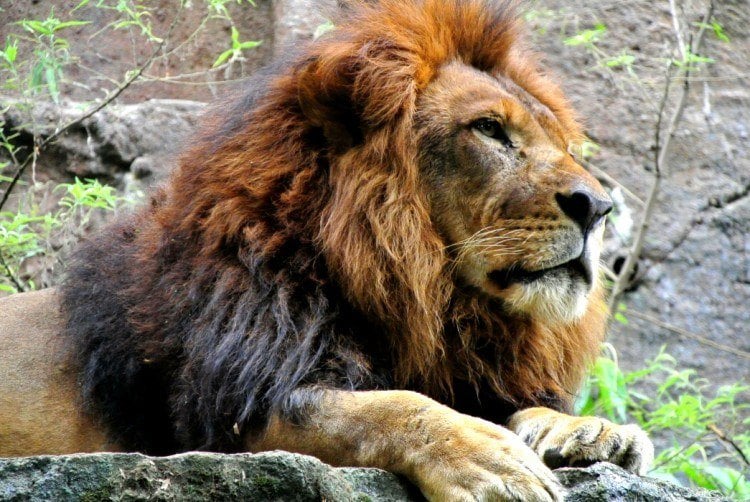 You can't get much closer to a lion that this (photo: myview11)

Travel East and Indonesia may surprise you. “But Indonesia doesn’t have safari parks” you may say, but they do.

Taman Safari is one of Indonesia’s most famous theme parks and houses species of birds, reptiles, and animals from over five continents. Established as the first wildlife conservation park in the country, the park sits on a former tea plantation.

The most popular ways to see the best that the park has to offer is either on an adventurous safari trek or by taking a night safari.

Royal Safari Garden Resort is an affordable 3.5-star hotel just five kilometers away from the park.

It has a reptile area and bird park, as well as mini golf, a water park, and a fish spa – for those who want a bit of an indulgence while they are on safari. Plus you get to taste Indonesian dishes in the fresh mountain air of Cisarua while you are there too.

Prices cost from $55 a night for a deluxe twin room (based on prices through Traveloka). 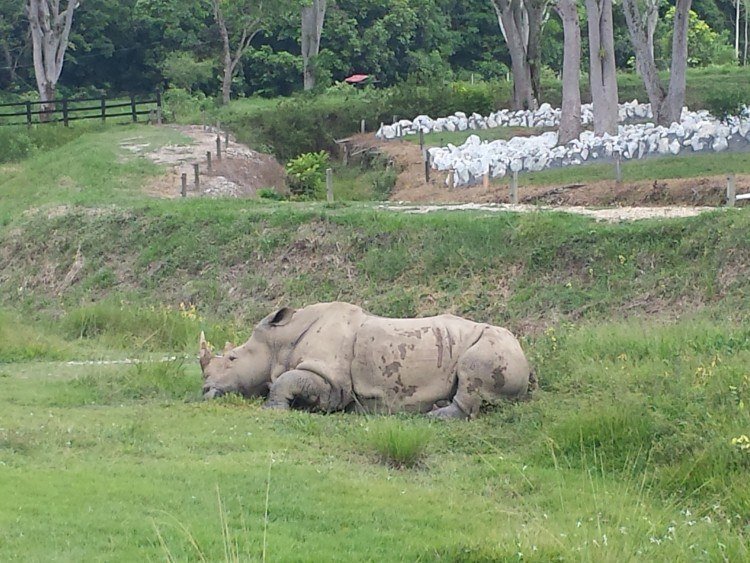 If you’ve watched Narcos you’ll be familiar with Pablo Escobar and his home in Colombia which has been turned into a safari theme park. Don’t expect to be racing around in a jeep buggy spotting giraffes here.

Instead, his former home is a Colombian theme park with hippos, rhino, zebra, ostriches, tigers and lions, and lots of giant plastic dinosaurs.

You still get to cruise around in a zebra-striped rickshaw and can learn more about this notorious drug lord during your visit as well as pay a visit to his private airstrip while you’re there.

Because it takes over three and a half hours to travel here from Medellín, it is worth staying the night. Africa Hotel is located inside the theme park and is a luxury hotel with an Africa theme.

Inspired by the Masai, Bantu, and Zulus, you’ll be forgiven for thinking that you were on a South African savanna, instead of the grounds of one of the most famous drug lords of all time.

Prices cost from $53 a night for a single room (based on prices through Haciendanapoles.com) 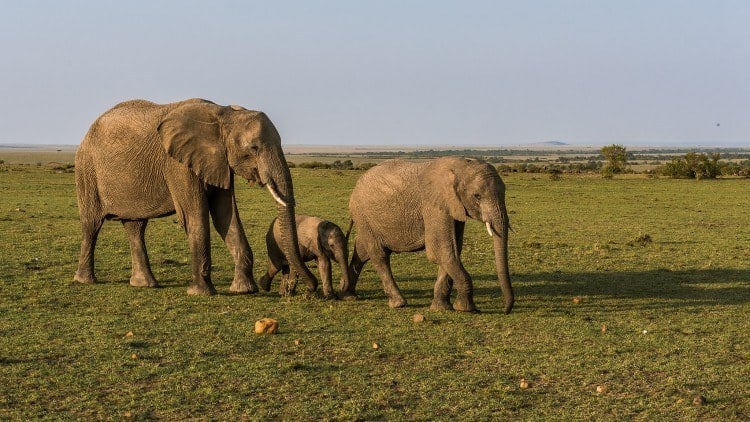 If you are heading to Africa, there are more safari lodges than giraffes that you’ll be able to spot. Situated in the Great Rift Valley, the Masai Mara is the largest and most famous, named after its Masai tribes.

The park is home to the Big Five: buffalos, elephants, lions, leopards and rhino and is the classic safari archetype with an abundance of wildlife across its open savannah from gazelles, impalas, and warthogs, to hyenas, zebras and cheetahs, as well as being home to the largest concentration of African lions.

If the like the thrill of camping in a safari park, Aruba Mara Camp & Safaris is ideal for those on a budget and is nine kilometers from the Masai Mara. You don’t have to sleep on a rolling mat either as the tent comes with a proper bed.

Plus some also include a terrace or patio with views of the river, and they offer a free airport shuttle to pick you up.

Prices cost from $70 per tent (based on prices through Booking.com). 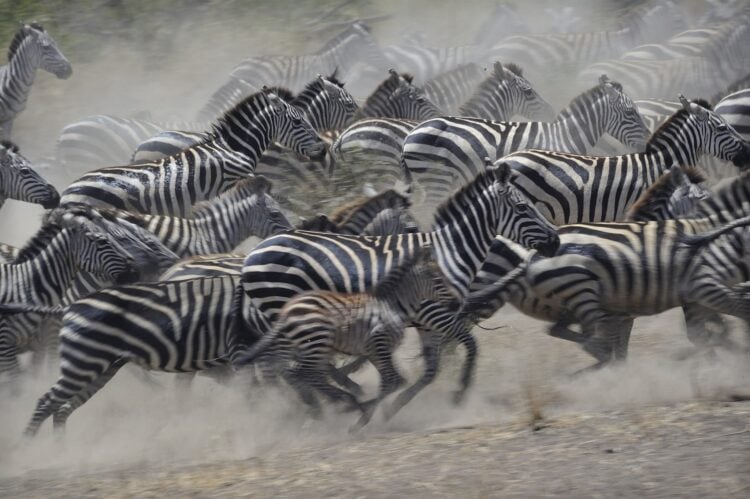 It is Tanzania’s oldest safari park and a world heritage site and the Serengeti National Park is famous for its annual migration. Between July to October each year millions of wildebeest transcend through the park during their Great Migration, and though the Mara River in Kenya.

If you choose to visit outside of these months, expect to see lions, cheetahs and hyenas in Tanzania’s most famous national park.

There is a choice of accommodation here, and although it may be slightly more than a backpackers budget, Serengeti Serena Safari Lodge also includes all meals. This 4-star guesthouse has an outdoor pool and spa services as well as plenty of trails to hike and bike.

Prices cost from $200 for a standard room (based on prices through Hotels.com).

This story was brought to you in partnership with Traveloka.

Was so excited to read this, but this article is greatly under researched- Skip East Africa!! What your forgetting to disclose is the absurd park fees, in Kenya it's about 90-100 USD, so regardless of going on " safaris" each day you spend at a safari lodge the 100$ is added on top of safari prices!

Etosha, a park in northern Namibia! Provides rustic camping spots, but clean shared facilities- only need to bring a tent and bedding! Looking for something more like " glamping" then there's even lodging available! The park is incredible, and unlike any safari you'll every do! If you sleep in the park, there's even a watering hole outside your campsite. Lions, rhinos, herds of grazers, best part - it's free!!! you don't even need to do a paid safari, just camp and watch the watering hole!!! But if you do decide to do a self drive safari, my husband and I did it by ourselfs in a rented hatchback for $12 a day!!!

South lawanga in eastern Zambia, very close to Malawi border! Marula lodge, backpacking bunk rooms start at $13, cooking facilities available, thus buy your own supplies from local market ( cheap) and park fees are only $40 a day!!!! This park is one of Africa's best kept secrets, highly recommended by travel experts!

Anyone planning on traveling to Africa needs to consider spots other then east Africa, tourism is dead/dying, the rest of Southern Africa has far superior safaris as well as other facilities and amenities!

Pleas do more research before embarking, start by reading lonely planet, then reference their suggestions and do online research! Keep in mind when looking for accommodation overseas whatever hotel pays google the most shows up first, so unfortunately most budget accommodation is left behind thsounads of over priced "safari lodges"

*tisk tisk to this author as well