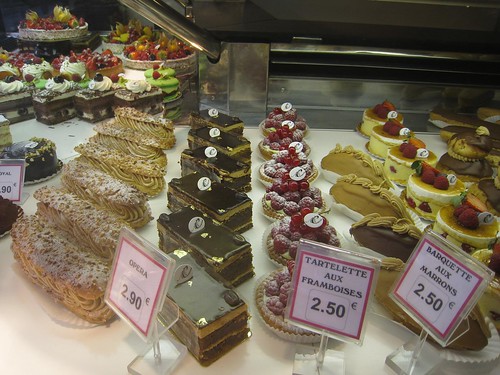 Laura's Dad stopped by her apartment as planned, and after talking for a bit, he offered to walk me to the Gare de Lyon where I would catch my high speed TGV train to the Swiss capital of Bern. I appreciated his help all the more when my credit card didn't work in the automated machines. I was able to confirm my reservation, but according to a ticket agent, the problem lay with design differences between American and European credit cards. I boarded the train a few minutes before it sped off from one European capital to another. 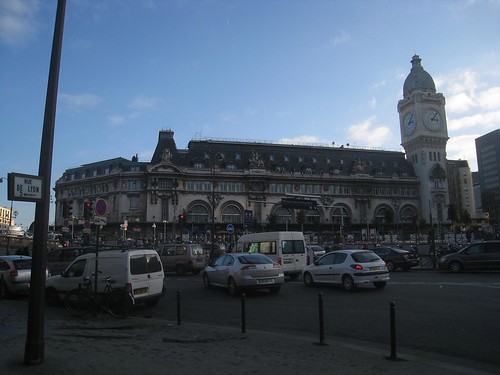 The train was smooth, clean, and comfortable. As the French countryside swept by in a blur, I wrote, read, and listened to music. It was already dark when we crossed into Switzerland, but I could see snow on the ground. Most of the passengers got off at Lausanne. The train arrived in Bern about 30 minutes late, giving me 50 minutes to reach my hostel, Hotel Glocke, before reception closed for the night at 10pm. Bern, or at least the historic old part of the city, is easily navigated on foot, and after a short walk down empty, snow-lined streets, under a clock tower, and past a McDonald's, I was within the warm embrace of my hostel for the night. I made myself a tuna sandwich, ate some cookies, and went to bed. 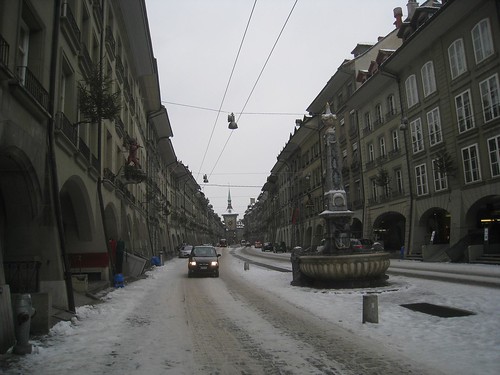 The next morning, I slept as late as possible, showered, and put my big pack in the hostel's storage room for the day. What draws a person to Bern, beyond shopping, I couldn't tell you. I was there to visit Stefan, a funny guy I met through a weekend meditation course in Pokhara, Nepal last April. I spent the first part of the day walking the icy streets of Bern's historic area, while hoping Stefan arrived back from his ski holiday in the Swiss Alps as planned. Bern has about 6km of covered arcades, making it easy to shop regardless of the weather. Unfortunately, the cost of everything in Switzerland is exorbitant. Browsing restaurant menus, I quickly found the typical entree to cost at least $20. 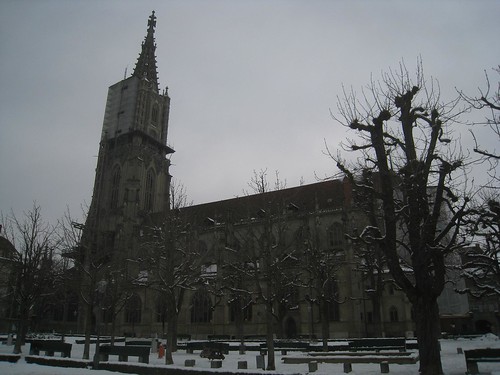 I walked through the city's main cathedral, and found a self-service internet cafe. At a rate of 10 Swiss Francs an hour, or a little over $9, I encountered the highest internet rates of my trip, beating French Polynesia in the middle of the South Pacific! I can understand the high cost of internet access on tropical islands, or remote places, but I can't figure out why the costs are so high in one of the most wealthy and modern countries in the world. 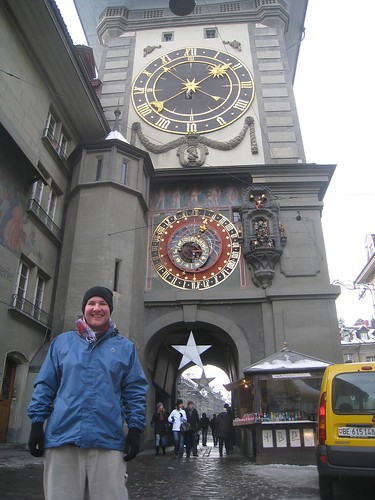 In the early afternoon, I decided to scout out Stefan's apartment. I managed to find it just a few minutes walk from the train station, and while he wasn't home yet, he'd informed Sonia, one of his five roommates, of my visit. She invited me in, offered me a warm drink, gave me a spare key, and made me feel at home. We talked for a bit, and then I walked back to the hostel to pick up my backpack. When I returned to the apartment, Stefan was there, and welcomed me too. It was good to see him again. 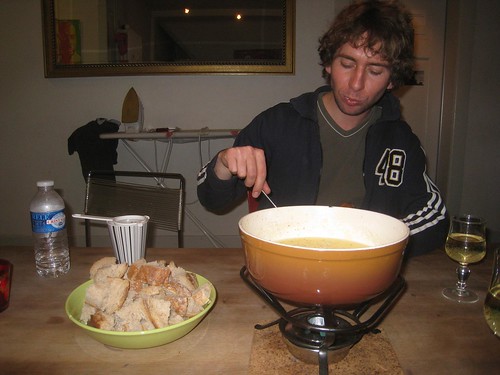 I mentioned fondue, and he suggested me make it for dinner, so we ran out to the local market to get cheese, white wine, bread, and a few other things for the weekend. He said most stores would be closed the next day, Sunday. The fondue was cheesy and delicious. Almost out of reflex, I dipped bread in the melted cheese over and over again. I stopped far too late for my own good, especially since we then went out for a few beers at a popular bar in a converted school gym afterwards. 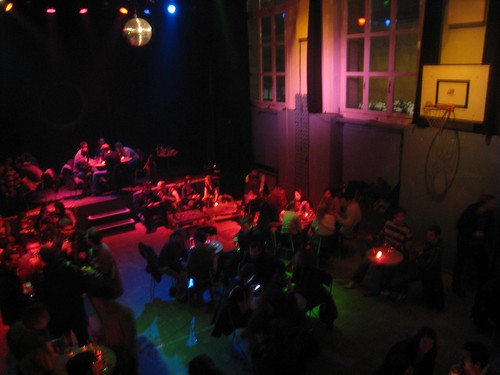 Nice... a school gym for a bar complete with a disco ball! hahaha.

Nice... a school gym for a bar complete with a disco ball! hahaha.

those sweet stuff makes me drool so bad

those sweet stuff makes me drool so bad