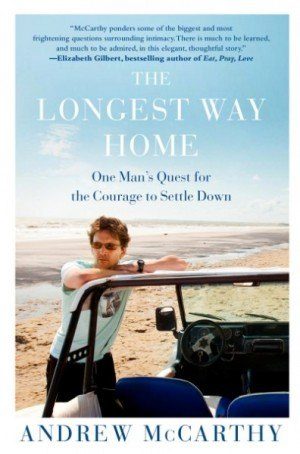 [A]ndrew McCarthy, one of the famous actors from the 1980's-era “Brat Pack” recently released his first book, The Longest Way Home: One Man's Quest for the Courage to Settle Down.

I'd noticed Andrew's name popping up in the travelsphere the last year or two, and like many others no doubt, found it curious that a well-known actor would turn his efforts toward the realm of professional travel writing.

He certainly didn't do it to gain fame, nor fortune, so what drove him to court a dubious Keith Bellows, Editor in Chief of National Geographic Traveler, for a writing gig with the preeminent travel mag?

I'm still not sure I know the answer to that after reading The Longest Way Home, but I was surprised to gain access to his deeply introspective thoughts and fears about who he is as a man, son, husband, father, and traveler.

And it's that last role, as world traveler, where I found myself identifying with one of the 1980's hottest actors.

The book starts out in New Jersey, where the author retraces his early years. He wasn't a particularly good student, but he did show an early talent for acting, which lead him to his eventual role as 80's teen hearth throb.

By chance, he buys a copy of a book detailing a walk along the Camino de Santiago in Spain. Several months pass before he reads it, but soon after he does, we're along for the journey as he attempts to walk it himself.

It's here that the drudgery of the walking, day in and day out, take their toll on him.

“I was miserable, lonely, and anxious.”

Despite the challenging emotions and fear he experiences, he labors on, and a few weeks later, experiences an epiphany.

“And suddenly I was smiling. It was the first time I remembered smiling since I left New York. And then I knew what was missing, what I hadn't carried with me that morning. Fear.”

By the time he reaches Santiago, he notes:

“I needed no validation, no outside approval–I was myself, fully alive and satisfied in simply being.”

Reading these words, reminded me that I'm not alone in experiencing the fears of solo travel, and the redemption one can experience by completing a trip. 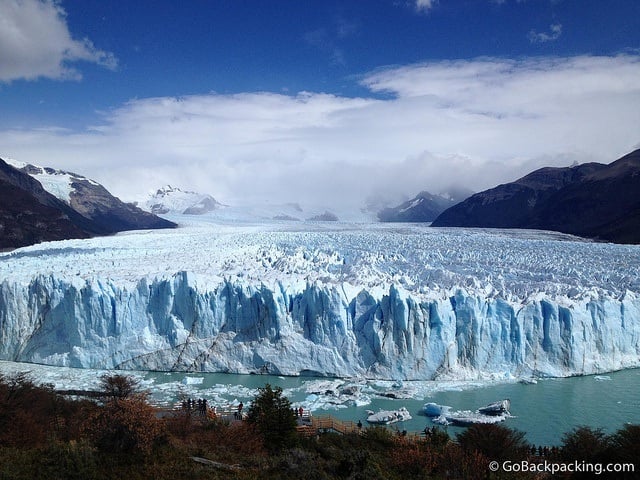 McCarthy's subsequent travels, on assignment for various print publications, take him to remote destinations, including Patagonia, the Osa Peninsula in Costa Rica, the Peruvian Amazon (outside Iquitos), and the peak of Tanzania's Mt. Kilimanjaro.

The more I read of The Longest Way Home, the more I realized how many of these places I too had visited. Earlier this year, I stood in awe at Argentina's Perito Moreno Glacier.

While I hadn't made it to Osa, I did spend a few weeks in Costa Rica eight years ago. Peruvian Amazon? I had the chance to visit Tambopata in the south this past June.

But it wasn't only these exotic locales where I could relate to his experiences, it was in the seemingly mundane, such as the Baltimore Harbor, and Fells Point, where I bought green Manic Panic hair dye for the first time (age 18).

Heck, I'm writing this review from a hostel in Vienna, a city which plays a prominent role in his decision to ultimately commit to marrying his wife (referred to only as “D”).

Their struggles as a couple are weaved throughout his tales of travel. Again, anyone who has devoted their life to travel, or a job that requires a lot of travel, will be able to relate to the stresses such a life can place on relationships.

Somehow, seeing his struggle play out, and ultimately end with marriage in Dublin, gives me hope that I too can have them both–the adventures abroad, and the family.

I used to watch movies of Andrew McCarthy. I am surprised that he has now a book. He just faded in the limelight a bit and now he has turned into a writer. I'll check out his book.

I'm reading this right now and I'm reading it slowly because I don't want it to end either! He is my favourite writer.

Great review, Dave. I was really impressed with the quality of McCarthy's writing as well. If you're interested, we recently did a great interview with him on GGT that you might enjoy, talking about why we travel and the art of travel writing.

I Loved Andrew Mccarthy growing up and had no idea this is what he was up to lately - can't wait to check the book out!

Get ready to know him on a whole new level. I think I read most of the book over the course of a few days. I actually wanted to slow myself down, as I didn't want it to end.