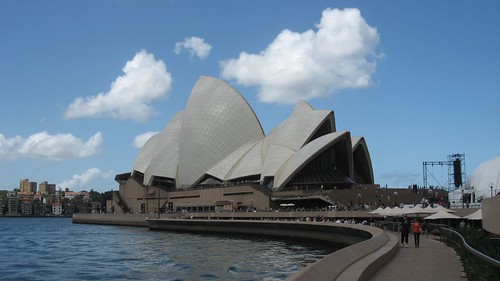 The rains of Queensland were a thing of the past by the time I reached Sydney (and later Melbourne). Aside from a thunderstorm during the soccer match, my days were filled with blue skies and puffy white clouds. 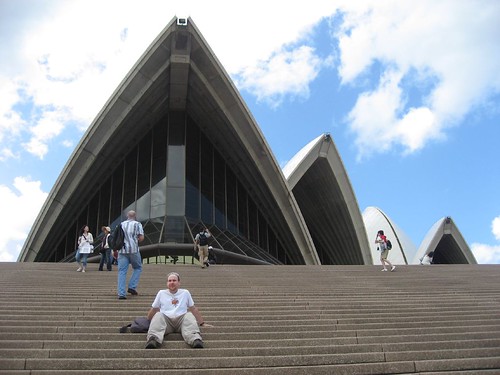 I felt a great sense of excitement when I first stepped out of the train station to see the Opera House and Harbor Bridge. The Opera House is such a unique sight – often symbolizing all of Australia. I had joined up with a few Germans back at my hostel and together we snapped heaps of photos and enjoyed the various views of the harbor and Sydney skyline. 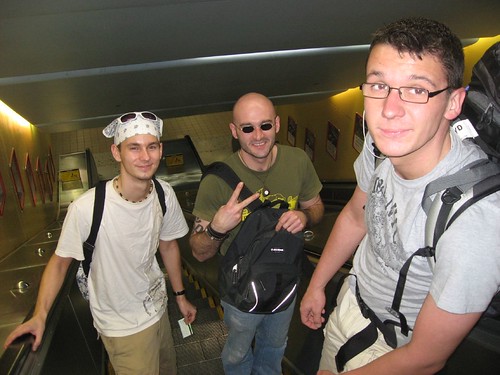 Sydney was really starting to grow on me by this point, and I was thinking to myself that if there was a city I could move to for awhile, it'd be Sydney. It felt like New York City, except people weren't in as much of a rush. Also, for the first time, I was clearly surrounded by Australians instead of the multitudes of international tourists. Australian women, in particular the blondes, were a sight to be seen! 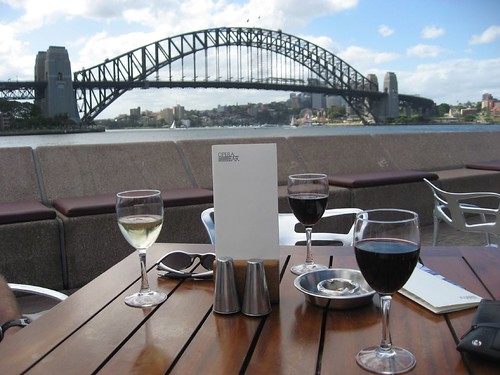 After the sights, I booked my onward flight from Bali to Singapore (w/Jetstar, $110 USD incl. taxes). I settled on 3 weeks in Bali (and nearby island Lombok). I know the vast majority of voters wanted me to stay 10 days so I could move on to new adventures. My tight itineraries in the first 2 months, combined with New Zealand's physical activities and Australia's sheer size have sapped my travel energy. I'm hoping some hammock time on a tropical island will ready me for mainland Asia in the months ahead.

I went out again in the evening with folks from the hostel, including Andy with whom I had toured the exterior of the Opera House. World Bar was a few steps above Scubar, reminding me of the 18th Street Lounge in Washington, DC except bigger. It was housed in a Victorian Building in King's Cross, a few blocks from the hostel. Karaoke was in the back room, a DJ in the front room, and quieter mainstream music on the top floor. While our entertainment guide was getting busy with an older lady from the hostel, another guide from a different hostel was encouraging me to dance. He was funny, and got me moving a bit. If I were to stay longer, I'd have switched hostels because the guy did such a good job with his crew. 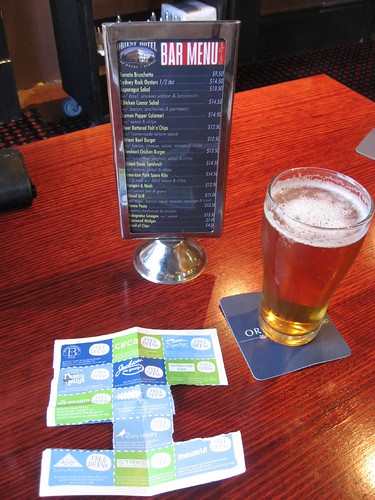 Despite the lack of dancing, I had a beer and 3 vodka tonics for about $7 USD. The deals at certain bars, along with a booklet of 15 free drink coupons that are available, can really make for cheap nights in Sydney.

just watch out for bali belly :)

just watch out for bali belly :)

Great pix of the opera house, nice to see that great architecture from another angle than the 'across the bay' look so popular in postcards!

Cheap beer? Can I come? The US economy sucks right now, great time for you to have gotten out-of-country!

Yep - I've kept a glancing eye on the US downturn. I don't think there is a wrong time to take a trip like this though!