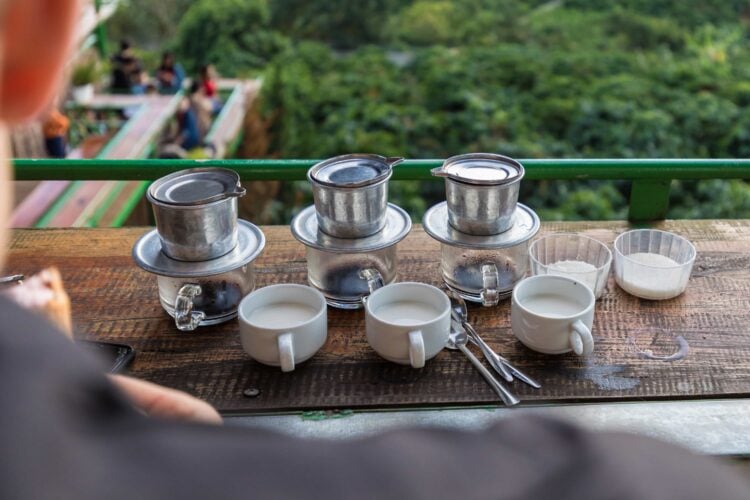 Once upon a time, coffee wasn't a part of Vietnam.

Coffee in Vietnam was introduced by the French during their period of colonization.

Along with crusty loaves of bread, sweet pastries, and creamy pâté, coffee remained after the country gained independence, and began to integrate itself into the Vietnamese culture.

Traveling to Vietnam, you will be immersed in a coffee culture that appears to have been there forever.

The highland areas of Vietnam offer an ideal climate and elevation for the cultivation of coffee beans.

For this reason, there is a diverse range of coffee species that are produced – each bringing offering a unique savoring taste.

Nowadays, coffee is one of Vietnam's biggest exports and they are second only to Brazil in world coffee production. 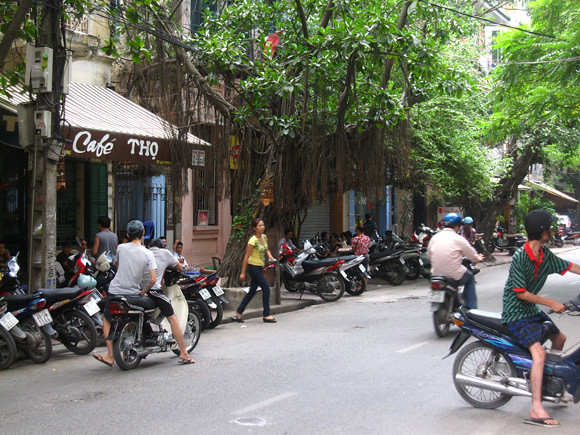 After harvesting, coffee beans in Vietnam are often roasted dark.

They are not quickly blackened, but slowly roasted over low heat for a long period of time.

This roasting technique, as well as the way the coffee is brewed, is integral to the full-bodied flavor that Vietnamese coffee is so famous for. 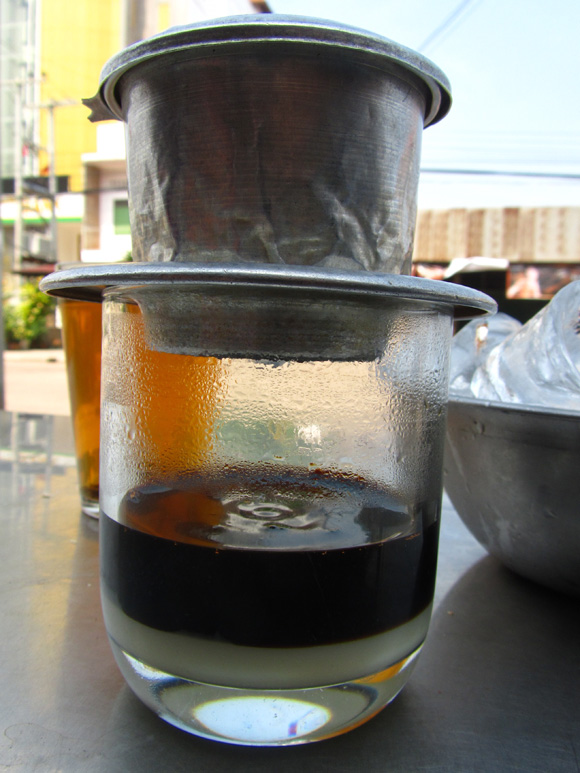 One of the most popular ways to brew a cup of coffee in Vietnam is using a very simple, single-cup gravity drip system.

The device starts off with a metal cup that has tiny holes at the bottom.

Ground coffee is placed on the bottom of the cup and pushed down with a small circular piece that fits within the cup.

The metal cup is placed over a real coffee cup and hot water is poured into the metal device.

Most likely, when you order a cup of coffee in Vietnam, it will be served this way. 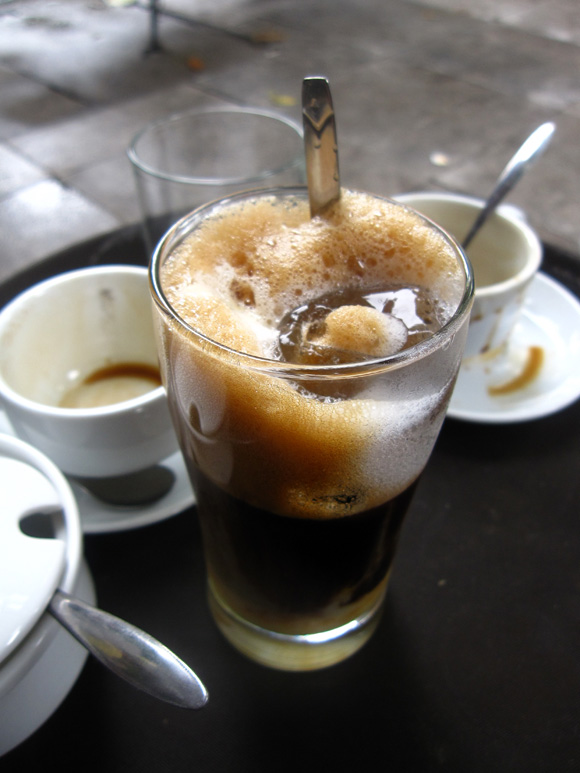 What kind of coffee should I drink in Vietnam?

Ca phe chon (Weasel Coffee) – Have you heard of “poop coffee?” This gourmet coffee which is similar to kopi luwak in Indonesia (though from a civet cat) is among the priciest beans in the world.

Essentially coffee beans are fed to weasels who fail to digest them and end up depositing the whole beans in their feces.

Someone then has the pleasure of digging out the beans and after that, they are ready to be served! OK, there's a bit more to it than that, but that's just a quick briefing.

I had a couple of cups of weasel coffee in Hanoi, and I was truly impressed.

The coffee was brewed strong, but even though I drank it completely black, there was absolutely zero acidity and none of that sourness that might come from a regular cup of black coffee. 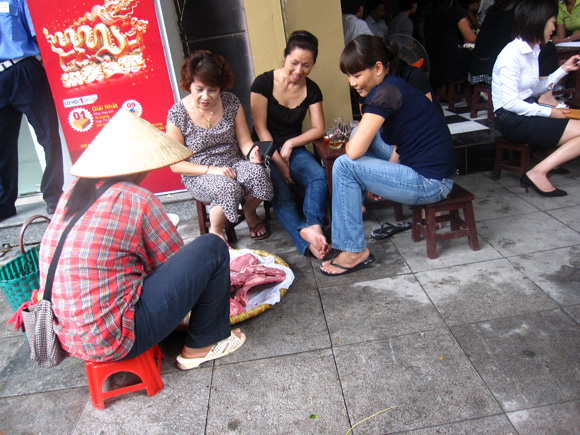 Vietnamese Coffee on the Streets

How to fully enjoy drinking a cup of Vietnamese coffee

You might remember that Vietnam takes things to the street, and coffee is among the leaders in that field.

Hanoi coffee shops are everywhere to be seen and impossible to miss.

Grab a 6-inch stool, and pull yourself up to a street coffee shop in Vietnam.

Order a couple of rounds, and you'll be ready to start the day. In another few hours, stop again and order another!

People don't just drink an energy buzzing shot of java in the morning, many partake throughout the entire day.

A quick ca phe sua da is a battery charge that allows you to keep going, fighting the traffic, working, or plugging away on whatever task may be at hand.

By the way, as I sit here writing this, I'm happily sipping on a cup of black Vietnamese coffee!

Hi there, I'm Alex. I totally agree with you about Vietnamese coffee. I recently live in Vietnam and my days always start with a cup of coffee. I especially love Chon coffee. Its taste is really great. I published a blog post about coffee shops in Hanoi that I love the most, https://blog.inspitrip.com/2765/vietnam-coffee-guide-best-places-to-have-a-cup-of-coffee-in-hanoi/ Each shop has their own special coffee that anyone who love coffee should try! Hope you like it :)

It's funny. We just came back from a trip to Vietnam, where we visited Ha Noi and Ha Long Bay; and one of the first things that I fell in love with while there was the Vietnamese coffee! And I come from a strong coffee culture in Spain, but this was totally delicious. I even bought myself a little brewer so I can make it at home. Of course, it's not only the rather sweet flavour of the coffee itself (it's less sour than the traditional coffee one finds elsewhere), but it's also the special mix with the sweetened condensed milk that makes it rather special, albeit not that healthy. ;) Nice article! Happy Travels!

Nice timing. I'm headed to Vietnam in a couple of days and I like my coffee black, with no additives.

I went to Cafe Tho in your photo above - great place for a Ca phe sua da.

If you had to choose between visiting one city would it be Hanoi or Ho Chi Minh City?

Hey Larissa, I haven't actually been to Ho Chi Minh, but I did have a great time in Hanoi - it's a great city to visit.