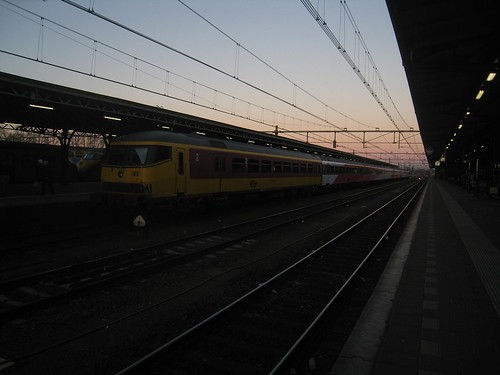 I was tired, but had to be out of my room by 10am. I hung out with Tyler and Dan in the lounge and did some writing before taking the metro to the train station where I boarded a 3:19pm train to visit Gela in her hometown of Tilburg, Holland. Eight months earlier, we had met in Pokhara, Nepal and trekked together for 10 days in the Annapurna region. It was nice to see a familiar face waiting for me at the train station. 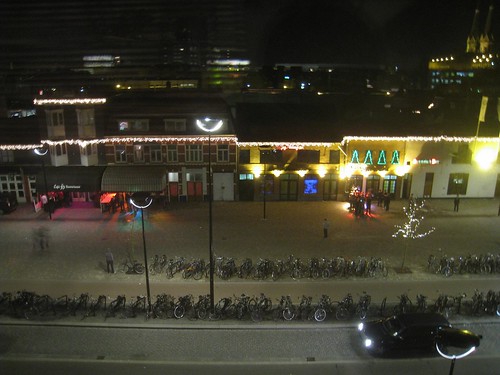 Tilburg felt noticeably colder than Brussels, not that it was far from the border between the two countries. We walked for ten minutes through the narrow, empty streets of the shopping district to her 4th floor apartment, which held a commanding view of bars and restaurants down below, and the skyline complete with double-spired, 19th-century cathedral. Her apartment was decorated with photos from Nepal, ones I recognized like Mt. Machapucchre (aka Fishtail) and a photo I took of her surrounded by Nepali kids on our trek. Somehow, I hope to pluck out the best of my 12,000+ photos when I get home and decorate in the same manner. 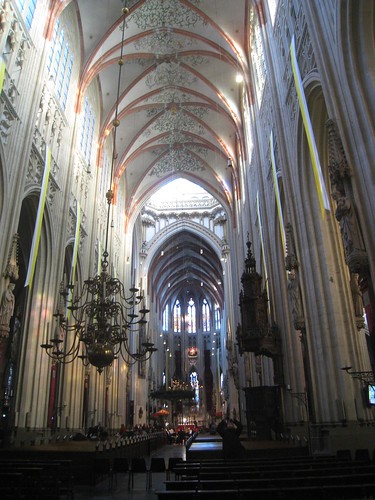 Dinner was a homemade dish, chicken, cherries, and a type of gravy or curry baked in dough. It was really good, and I was spoiled with dessert, little reindeer shape ice creams. Initially, I wanted to join Gela at a local club since it was Friday night, but I was too tired from the nights out in Brussels so I stayed in and uploaded photos from Egypt. 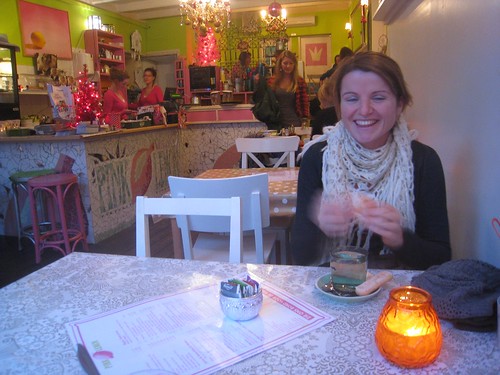 The next day we both slept late. I was in no hurry to step into the cold, however we had plans to visit ‘s-Hertogenbosch, a neighboring town by train. It was known for two things: a Dutch dessert at Jan deGroot Lunchroom and the St. Janskathedraal (begun in 1380). We passed the pastry shop on arrival due to a long line, though we ended up missing out on the dessert because it was sold out by the time we were heading back to the train station. As we walked through the back alleys, complete with canals and cobblestones, shoppers were out in force for sales (and no doubt, returns). It was freezing! I picked up much-needed long underwear at a discount shop, though gloves I liked were more difficult to track down. We stopped for tea in one of Gela's favorite places, The Pink Lemon, which was decorated in (you guessed it) pink. I was the only guy in there. Back in Tilburg, we picked up a few movies and some groceries for dinner on the way to Gela's apartment. 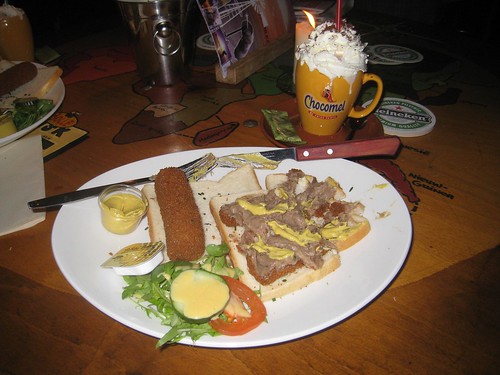 My last day in Tilburg was dedicated to Tilburg itself. We slept late again, and walked around town, stopping in the town cathedral. She took me to a popular restaurant, well decorated for the holidays. Christmas lights canvassed the ceiling, while our table fittingly featured a rough map of the world. We had a typical Dutch fast food, kroket. It was a mashed meat encased in breading and deep fried. Presented on top of white bread with mustard, and a side salad, it was quite good. The hot chocolate with whip cream was so decadent, I ordered two, and made a mental note to drink it more often while in Europe. 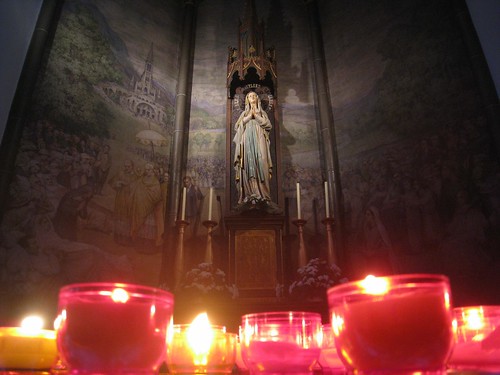 I had wanted to go on a bike ride, as it was an activity I skipped during my first visit to Holland ten years ago, but it was too cold. Instead, while Gela packed for her New Year's trip to Lisbon, Portugal, I tried to line up future couchsurfs with people I already knew, and some I didn't. My itinerary was falling into place with just a few question marks left.