Preface:  I did some house cleaning around GoBackpacking in preparation for the launch of the new layout.  Any useful bits of information that had been stored in the corners of the castle are being dusted off and presented anew.  The following information was sent to me around 2000 by a traveler named Alexander. 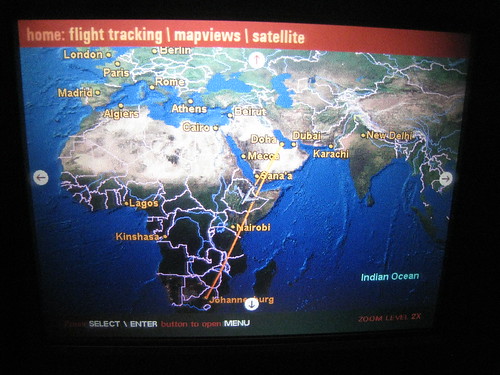 Since we are all running on our stomachs here the kitchen first:

Kenya, among all the African countries has the richest variety of food to offer, in places ranging from high class restaurants to simple market stalls. You can eat European food there, east-Asian, south-Asian, African food, and what have you, and when I was there I gobbled up the lot.

In Nairobi you want to try steaks. Like in southern Africa, cattle run freely and are not fed with unpronounceable things. Hence, the original delicious taste of beef remains unchanged and I can tell you that is what I am missing most. In Mombassa and along the coast fresh fish is a must! Actually, we went deep sea fishing and brought our catch to the hotel where the chef prepared it for us. I also ate African food (did so for most of my life) and if you eat from stalls go by the worldwide rule “where the longest lines are it is best!”

You might also want to try game! I lived on the farm for a long time and we ate a lot of game; deer, of course, but if you want to try more exotic things, be our guest. It is available.

The restaurant “African Heritage” on Banda Street has developed African food to a cousine at, then, reasonable prices.

At the “Malindi Dishes” on Gaborone Road you get a good mix of Afro-East Indian food.

At the Kariokor Market you get the same food for less than a third from market stalls.

And if you really want seafood in Nairobi then “Alan Bobbe's Bistro” is the place.

(Yeah, well, I am one of the lucky ones. I can eat anything and never put on a pound.)

Kenya is a beer drinking country and the beer is truly very good! The best ones on the market are Tusker and White Cap. Try them.

1 word of precaution: Most digestive problems occur, because a battle between southern and northern bacteria cultures arises. I had problems when I came to North-America. Knowing your own stomach, you be the judge, but if you start taking medication a day or two before you leave your home country, you should have no problems and plenty of culinary fun. Also, African food is very delicious.

Nairobi, where you will most likely arrive if not in DarEs. I stayed at the 68 Hotel, downtown on Kenyatta Avenue. Very comfortable, but a bit pricey. Another hotel where I also stayed occasionally was the Fairview Hotel, which is still very comfortable, but less expensive. Like in the 1st world, you can find hotels at any range, including rooms at the YMCA. I would make arrangements for the first three nights or for the end of the journey to wind down a bit.

Although, Nairobi has something to offer, it is not worth staying for more than 2 full days.

Places to see in Nairobi:

The National Museum on Museum Hill – flora, fauna, prehistoric, tribal ceremonial; very much what Kenya has to offer.

The City Park has rare and beautiful plants, hedges, trees. Although, not dangerous during the daytime, it is more fun to go there with a male companion, lest you want to find one there.

The market on Muindi Mbingu Street.

Traditional dancing at Bomas of Kenya on Langata Road.

And now we go to my favored city Mombassa

Its old, its exotic, its beautifully degenerated, and it smells like the Orient resurrected, not always good, but sometimes very amazing. It actually consists of two cities and two harbors, of which – no problem guessing – the old city is the more exiting one. Mombassa's history goes back to before the birth of Christ and you will find 2,000 years of tradition there.

Again, the old harbor is the place to go to. There you can watch ocean going Arab Dhows (sailing ships) coming and leaving; yes, they are still in business and transport spices and other things to the Arabian peninsula.

If you want to see the remains of the Portuguese's attempt to take over, visit Fort Jesus.

Along Moi Road you get to the new city through an arch of metal elephant tusks. Worthwhile seeing there are the Indian Bazar, African Market in Mwembe Tayari (a city part), and the Hindu Temples.

I agree this information is very out of date, and this author doesnt have an idea of what he is talking about, he cant even get the hotel's name right. i have been to kenya myself and i loved it..

first of all you dont know what you are talking about Mr author it is definately worth staying in nairobi for more than two days, first of all you dint even mention the nairobo national park in nairobi, where most visitors go when they arrive. for everyone else out there, Kenya is not a dangerous place, its hust people like the author spoil the name, the city park is very safe, town is safe, roaming around is safe, and bomas of kenya is safe both at night and during the day, will be more fun if you go in a group.It is very also very safe travel by local transport.

Pretty good post. I just came across your blog and wanted to say that I have really enjoyed reading your opinions. Any way I'll be subscribing to your feed and I hope you post again soon.

I am amazed at the wonderful photographs here. I really loved the food I ate in Nairobi and outside of Nairobi in Naivasha.

Thanks for the not-so-subtle Kenya comment with a link to your site. :)

Hope to see you around Go Backpacking more often.

Kenya is a really wonderful country to visit and if you're looking to volunteer work or learn in Kenya you should check out this website which has plenty of useful information!