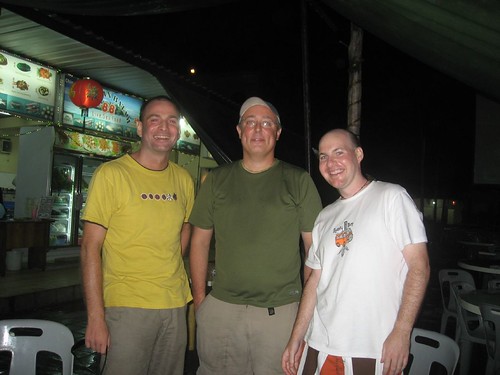 I found nomad4ever.com in early 2007, when I first entered the world of travel blogging.  The man behind the scenes is Chris, a German expat who retired in his early 30's to live the good life in Southeast Asia.  After a stint in Thailand, he moved to Bali where he's been living for about a year with his girlfriend.

Gary from Everything-Everywhere.com responded to a post I made on BootsNAll, and since we would be in Bali at the same time, arranged to meet up.  Gary is about 12 months into a 3-year trip around the world.  He thoroughly covered the tiny island nations of the Pacific, and is now tackling Indonesia and Australia.  Check out the Google map on his blog if you can – very cool!

I hung out with Gary for a day before all three of us met up at the Kuta Food Court across from the beach.  The food was good, and the conversation fantastic.  Three guys talking about the life on Bali, Indonesia, various cultures, working life…and the desire to abandon it for travel! 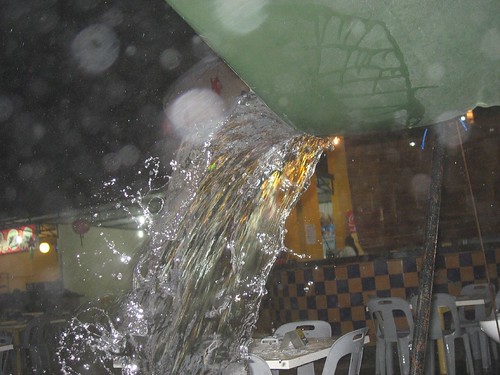 Before anyone got to the food court, torrential rains began and it guaranteed we'd be almost the only patrons.  We didn't care though – just kept talking and drinking Bintang beers as the staff used a broom to push the rain water off of the tarp above us every 10 minutes.