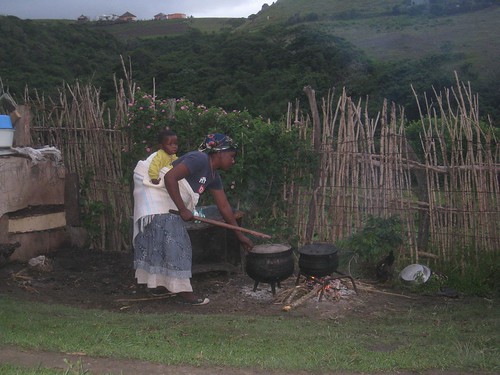 I joined about eight other guys on the ten minute walk to the villager's home where we would be entertained and fed. We sat outside for a few minutes, sampling the local brew (the best I've tried so far, though using a communal cup is getting old), before entering the rondavel. 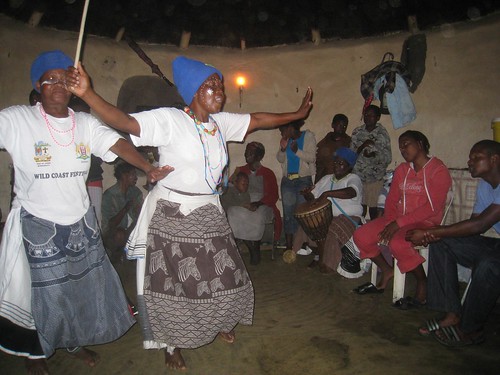 As the sun went down, the only light source was the candles stuck to the inside walls (amazingly, they never fell off). Before dinner, we were treated to traditional singing and dancing from four of the village women. A drummer provided the backbeat, and we all clapped along. 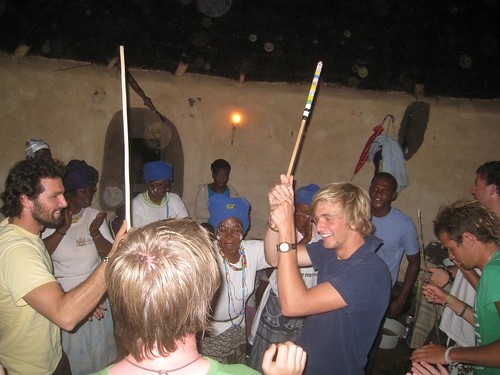 Dinner followed the performance. First, a few communal beer cups were passed around with most of us taking a swig out of respect for our hosts. Then, we received massive servings of pap (mashed rice in block form) with cabbage. I cleaned my plate thinking it was the only course, though a second soon followed. It was some type of mealy dish, heavy and thick. Few of us were able to finish the surprise course.

A Q&A followed dinner, with our guide acting as a translator. Then, we were treated to a second performance. None of us were able to escape without dancing as well. The villagers wanted us to stay longer, but we were getting tired, so we parted ways in the dark, desperately trying to walk near our guide who bore the only flashlight. 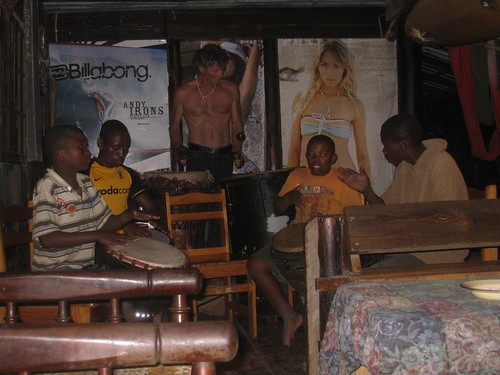 I heard a bit of drumming from a group of kids with one adult at Bomvu, the hippier hostel across the dirt path from The Coffee Shack. They didn't play for long that night, having given a longer performance the prior night. 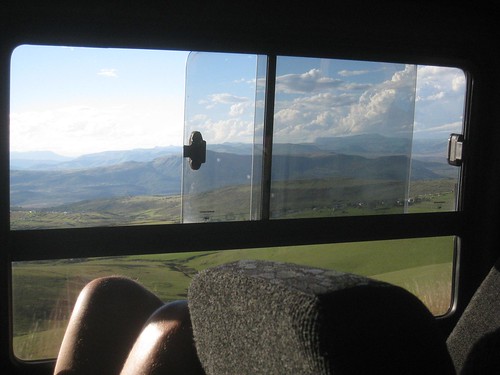 The next morning, I decided to leave for . was no Bulungula, so I cut my losses given the Baz bus doesn't run daily at this point in their route. I spent 8 uneventful and tiring hours in the shuttle and bus, reaching Tekweni Backpackers after dark.