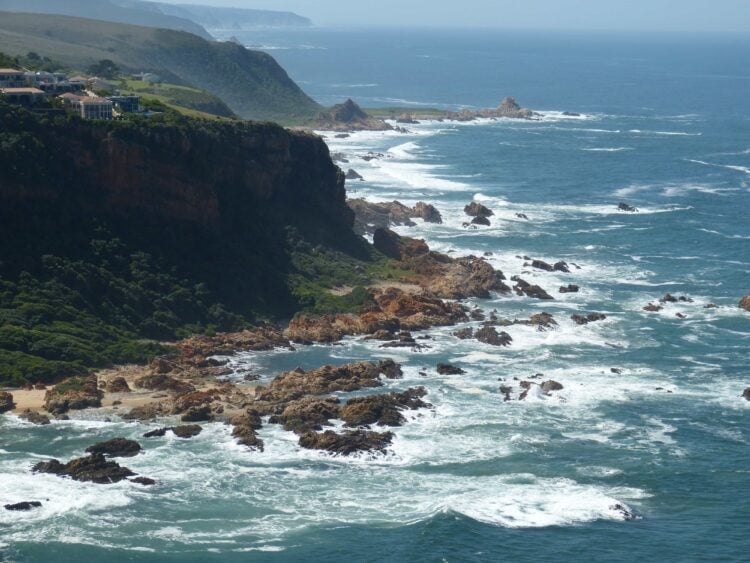 On the southwestern tip of South Africa lies one of the most beautiful regions of the country.

Stretching for over 300 km, the distance from Mossel Bay to Storms River is known as the Garden Route.

The area is covered by lush vegetation and wildlife and comes complete with winding roads, lagoons, lakes, mountains, and beaches that dot the coast.

From dense forests to kloofs (steep wooded ravines), rushing rivers, and sandy beaches, the Garden Route is packed with things to do. A trip to South Africa would not be complete without traversing the scenic Garden Route.

Journeying beside the Indian Ocean, the Garden Route gives visitors a panoramic view of South Africa's coast and hidden gems that line and the Tsitsikamma and Outeniqua mountains.

Here are eight stops to make along the route for the ultimate adventure. 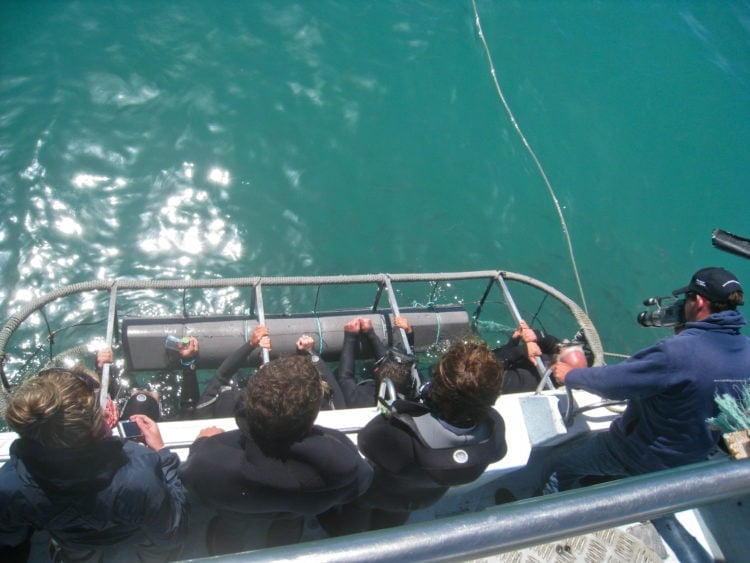 Dive with sharks in Gansbaai

Gansbaai, also known as Gangs Bay, is a fishing town in the Western Cape of South Africa.

Located two hours from Cape Town, Gansbaai is known for its dense population of great white sharks, which has been the main attraction of the village since 1995.

Due to the large population of great white sharks in the area, shark cage diving is offered year-round.

When the first shark is sighted, the cage is submerged into the water.

Visitors then climb into the cage and are instructed from the boat when to hold their breath and look beneath the water to see the sharks swimming nearby.

Daily morning and afternoon departures are weather and sea dependent. 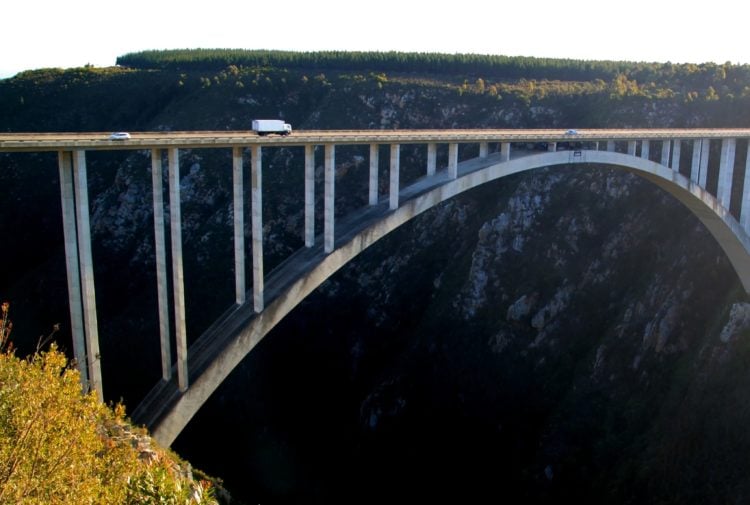 Located near Nature's Valley, Bloukrans Bridge is an arch bridge built in the Tsitsikamma region of the Garden Route.

Completed in 1983, the bridge stands 216 meters above the Bloukrans River and is the world's highest bridge for bungee jumping.

Jump 200 meters down towards the river on a thrilling bungee experience offered by Face Adrenaline since 1997 and soak in the views of the Bloukrans River valley as you throw yourself into one of the most exhilarating experiences of your life. 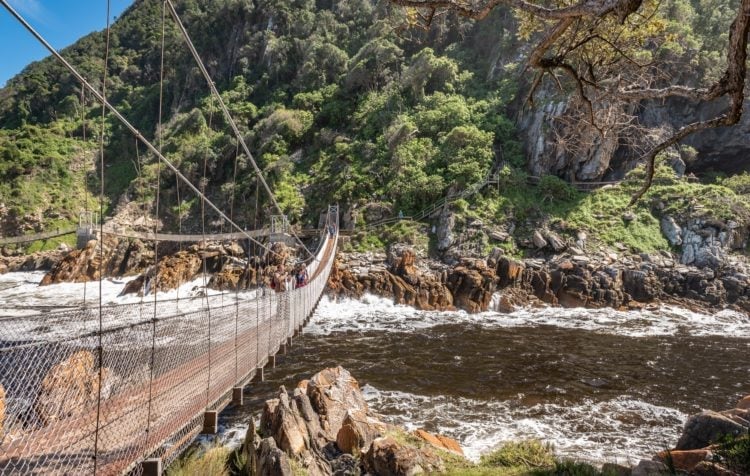 Grab a kayak and go deep, exploring the bottomless pools of the gorge, hidden caves, and ancient forests that can only be seen by chasing the waters.

Ride under the suspension bridge, across the harbor, and into the gorge.

Make a stop at the Tsitsikamma forest and take the wave up the river overlooking the spectacular cliffs of South Africa's natural wonders. 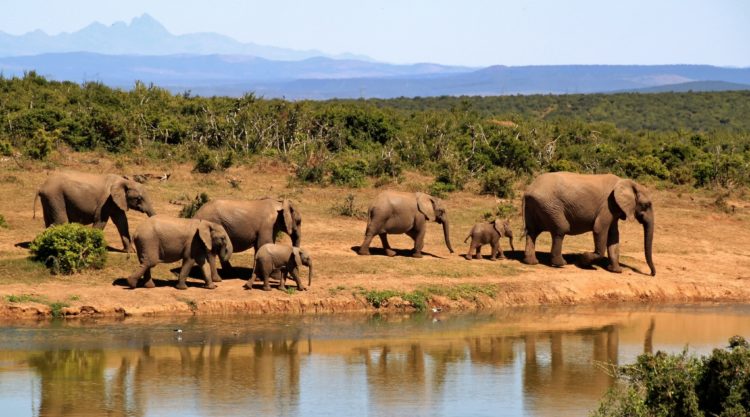 In the reserves and national parks of South Africa, the Big Five refers to safari royalty.

Considered endangered or vulnerable animals, the Big Five includes the African leopard, the lion, the elephant, the rhinoceros, and the Cape buffalo.

Deemed rare, charismatic, and beautiful, the Big Five have attracted travelers from all around the world to their natural home.

Along the Garden Route, there are many national parks and reserves where you can enjoy a game drive to spot the Big Five, the most notable one being Plettenberg Bay Game Reserve.

Relish in the wilderness and enjoy an intimate experience with these wild animals in their natural habitat. 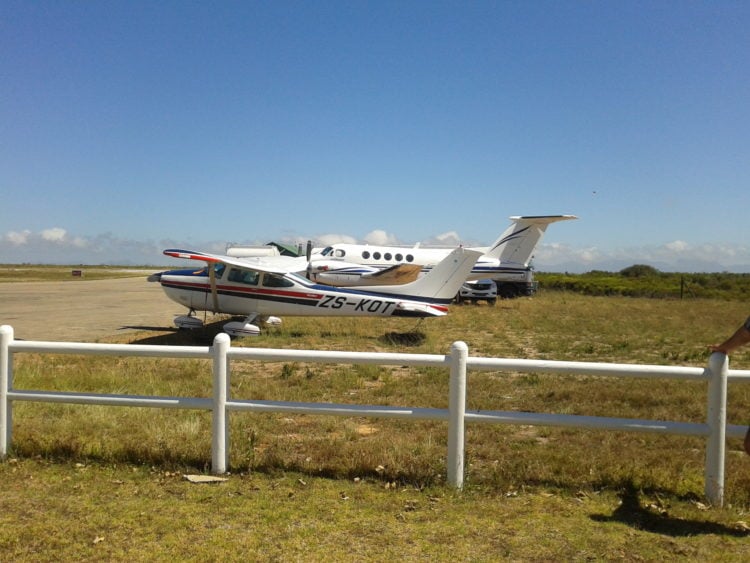 Lying on the southern cape of South Africa is the harbor town of Mossel Bay.

Over the years, this little town has become a hidden gem within the district of Eden.

A town known for its water sports and extreme adventures, Mossel Bay has become a popular destination along the Garden Route.

Experience the ultimate thrill by skydiving into Mossel Bay, where you'll get an eagle-eye view of the South African plains, the Indian Ocean, and the Outeniqua mountains.

Freefall onto the beaches of Mossel Bay and master the descent with a parachute that'll leave you with a once in a lifetime experience. 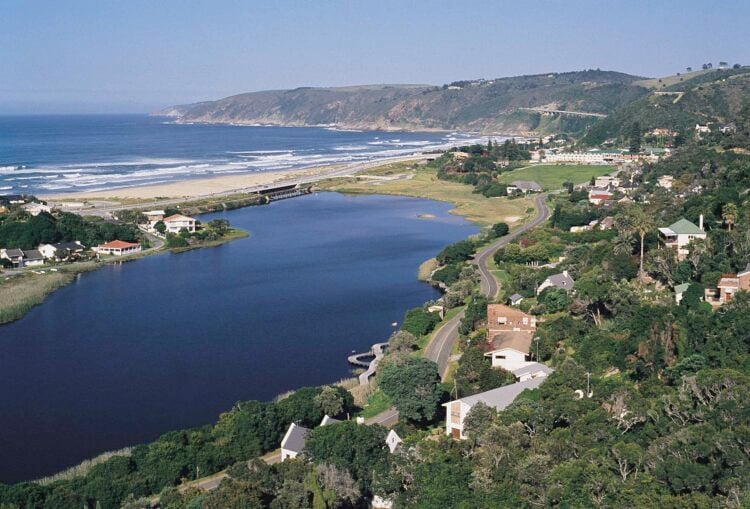 South Africa's hot climate, thermal wilderness, and calm winds have brought many paragliders from around the world to chase the winds together.

Down the Kaaiman's River Pass is the seaside town of Wilderness.

Known for its white-sand beaches, lagoons, and extremely mild climate, it has been a vacation spot for many paragliders over the years.

Go tandem paragliding across the Kaaiman River and feel the rush of wind on your face as you look down at Wilderness National Park from up high. 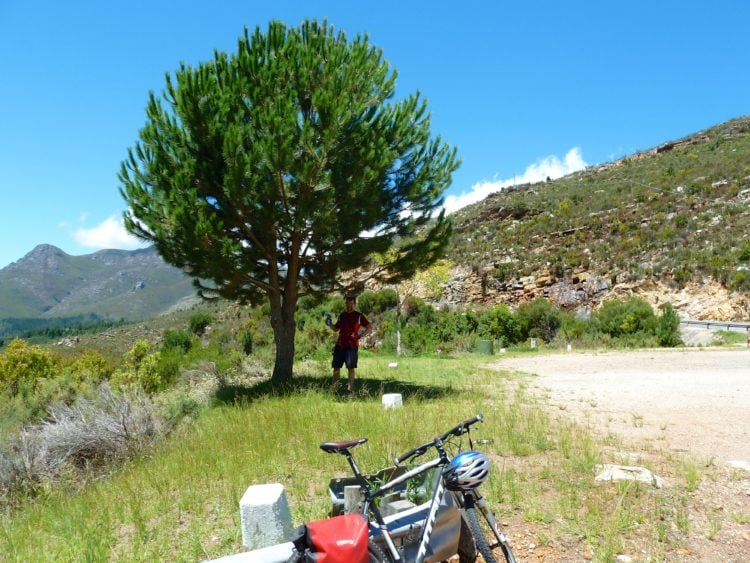 Sitting just off the Agulhas coastal plain at the most western tip of the Garden Route is Riversdale, a town rooted heavily in agriculture.

Riversdale lies beneath the Langeberg and Sleeping Beauty Mountains, and its rugged, mountainous terrain makes it the perfect spot for mountain biking.

Grab a bike and weave through the many networks of gravel roads ideal for bikers of all experience levels.

Thread through the dirt tracks, uneven ground, and farm roads for an adventure off the beaten path.

With many routes still left unmarked, mountain biking in Riversdale will give you an experience worth remembering.

For those that prefer guidance, there are plenty of circular routes on the Garden Route ranging from 20 kilometers up to 91 kilometers. 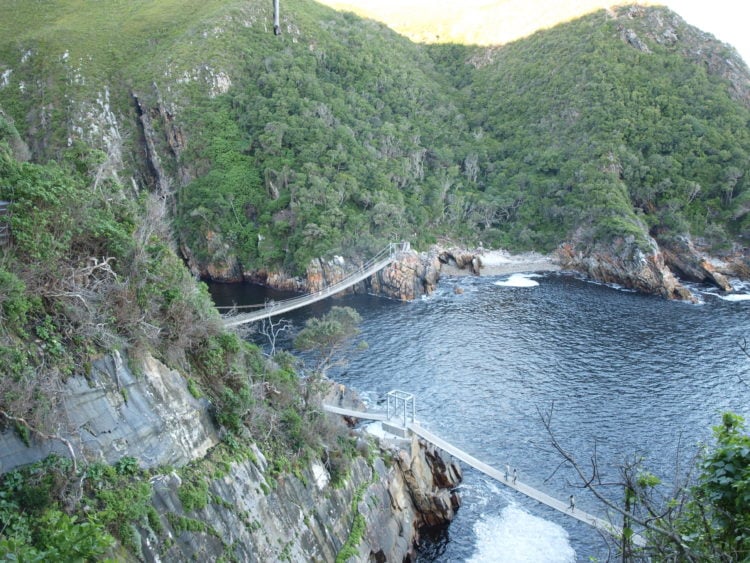 Take a Canopy Tour of Tsitsikamma

Enjoy the spectacular views of the Tsitsikamma National Park and learn more about the indigenous way of life.

On a canopy tour, discover the trees, birds, and other ecologically abundant beings that reside in the park.

Take in the views of the Storms River Village and the nearby scenery as you glide on a rope from one tree to another, coming in close contact with elusive birds such as the Narina trogan and the unique yellow wood trees special to the Tsitsikamma forest.

Journey deep into the wilderness and befriend nature from above 700-year-old trees for an out-of-this-world experience.

Traveling South Africa's Garden Route is one of the most breathtaking adventures any traveler can take.

Surround yourself with Africa's most incredible activities, take in the scenery, and explore the heights of a country known for its beauty and adventurous spirit.

Experience the best of South Africa on a trip along the Garden Route today!

This story was brought to you in partnership with Bookmundi.

This is a nice change of scenery if you want to travel to Africa but you don't want to be surrounded by 100% safari and wild animals. It's such a unique travel experience and I probably wouldn't trade this for anything else. Thank you for this, Marie!