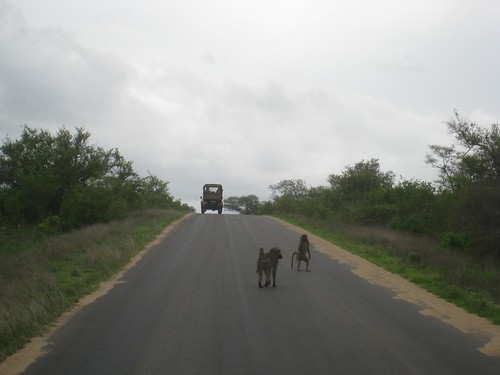 It's amazing how much of a sense of security a chain link fence provides. I slept well my first night in the park, if only for 5-6 hours. Around 6am, we received our new arrivals while several people left. Since Livingstone Trails offers daily departures from Jo'burg to Kruger Park, there is a constant rotation of people in and out of the camp. 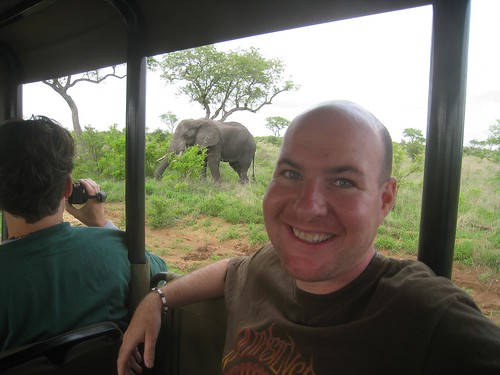 The morning drive was always going to be our best chance to spot the more elusive animals such as the leopard, and I was hopeful to see a black or white rhino as well, though neither presented themselves. We did happen upon an elephant eating right next to the road which was cool. 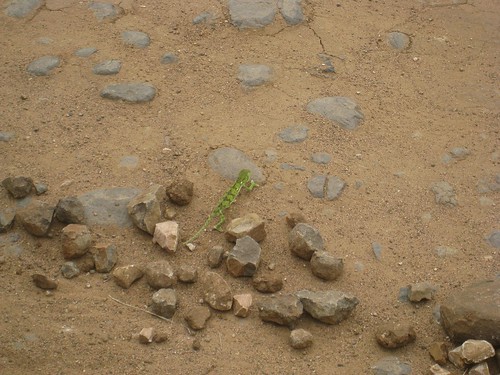 See enough giraffes, antelope, and zebra, and even the smallest new creature becomes more exciting. The lead guide stopped his truck so we could all peer down at a slow-moving chameleon. 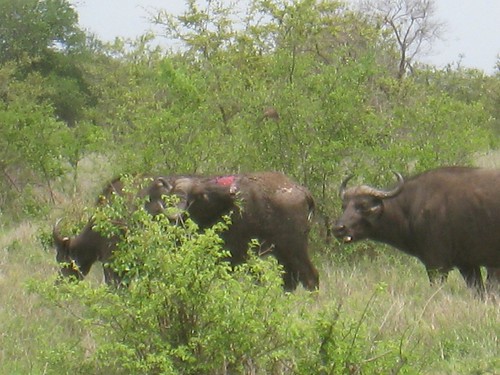 Seeing “a kill” first hand, where one predator takes out the prey right before your eyes, is almost completely dependent on luck. The Swedish guy whose tent I shared had been on safaris all across Africa and never seen one, while other people can luck out and see it their first time in Kruger. Coming across a freshly wounded buffalo was as close as I got to the real action in Kruger Park. The gaping, lion paw-sized, chunk of hide missing from the buffalo's back was a clear indication of violence the night before. Through my binoculars, blood could be seen dripping down the buffalo's side. He was literally licking his wound from time to time. Stuart (the guide) said it would heal within a week, and was likely the result of a lion attack the prior night. 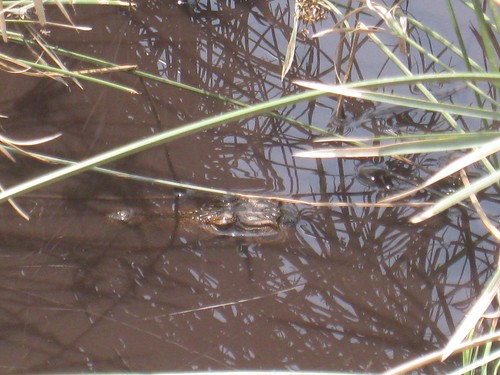 We stopped by the local hippo pool again, though this time we spotted a small crocodile right next to the road. 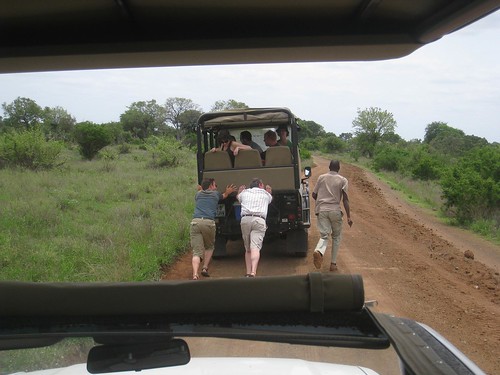 Livingstone Trails had one truck, and it clearly wasn't working properly. It often required a push start, which was not the safest situation in a park filled with 2,000 lions!

After the third game drive of the second day, I had my 3-hour sunset/night drive, making for upwards of 9 hours searching for wildlife. On one hand, it's easy to sit on your butt while the guide does the driving. On the other hand, it's very hot once the sun comes up, you're exposed to the dirt from the roads, and it's hard to remain attentive when you're not seeing any new animals. 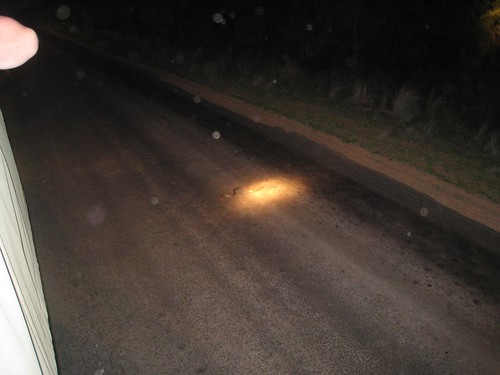 The highlight of the night drive was a couple of Mozambique spitting cobras we saw slithering across the road. To our collective disappointment, we saw no leopards, no lions, and no cheetah.