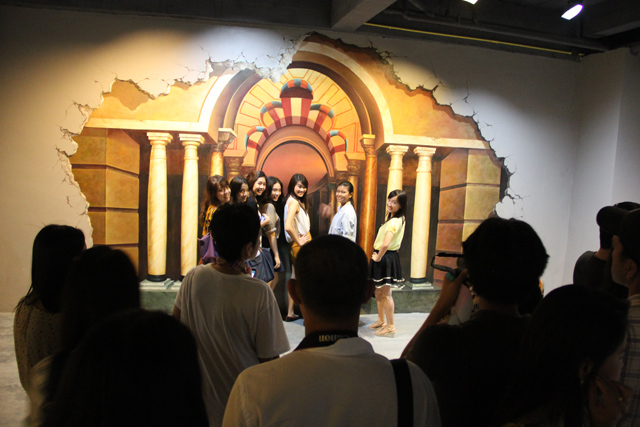 [A]rt in Paradise is one of the latest Thai tourist attractions.

Situated in the beachside town of Pattaya (a town known for its nightlife), about 1.5 hours from Bangkok, many fashionable Thais make the trip to Pattaya to catch a glimpse of this hyped museum.

So one day, we decided to go check it out for ourselves and see just what Art in Paradise was all about.

After getting out of the car, and seeing crowds of teens taking photos by the entrance, I knew we were not just going to walk around a peaceful museum, but it was going to be an entire cultural experience.

Little did I know, Art in Paradise was entire warehouse museum dedicated to taking goofy and awkward photos.

So after paying the entrance fee, which to my disliking was 5 times more for foreigners than Thailand residents, we proceeded on to the entrance.

At this point, I still had little clue as to what exactly was inside, other than knowing there would be illusion paintings.

I had no idea the museum would be a hands on frenzy that catered perfectly to Thai culture.

Throughout the warehouse museum, the walls were filled with giant illusion murals and paintings, many of them were very well done. 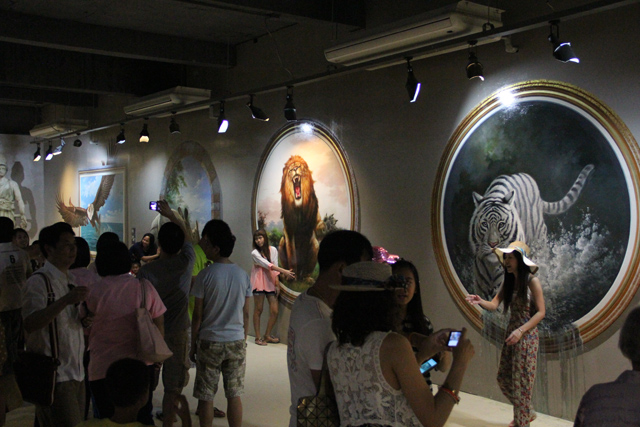 Now since none of the paintings were three-dimensional, all the illusion took place in two dimensions by being framed and then the scene overflowing past the frame – to make things look like they were coming alive.

For each painting, there was a little description next to it explaining how one should pose for the best possible photo. 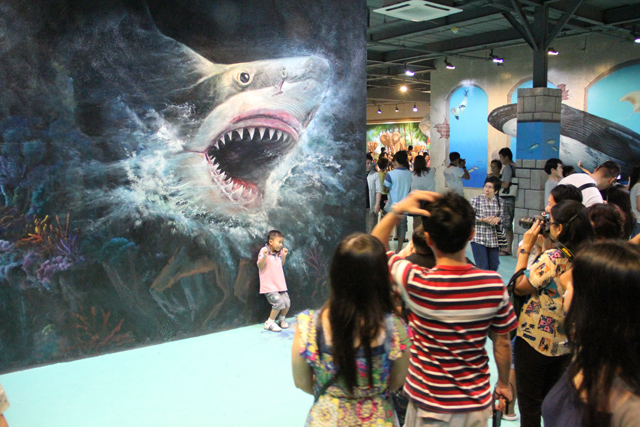 Since we went on a Saturday, there were thousands of people there.

Groups would run from painting to painting, hardly even taking a look at what it was, but just jumping in front of it, making a goofy pose, and snapping a photo. Then the group would run to the next painting.

Young kids in elementary school, groups of university students, and even middle-aged women all participated in a similar fashion – running from painting to painting trying to get as many photos taken as possible.

It was quite an amusing sight to see group after group dart from scene to scene, merely attempting to take a photo. 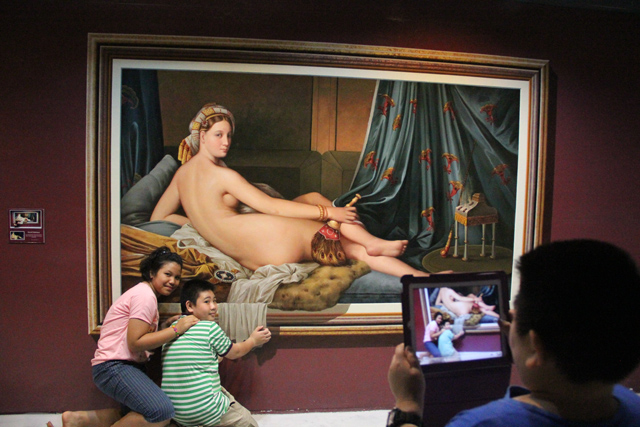 I think the highlight of my visit to Art in Paradise was wandering through the awkward section of classical art, which included famous paintings by Salvador Dali, as well as quite a few famous nude portraits.

My joy was not in the paintings themselves, but rather seeing these kids pose in innocence next to a nude portrait while their brother snapped a photo using his iPad.

I couldn't stop chuckling to myself. What's their mother going to say about that one? It's just art, right! 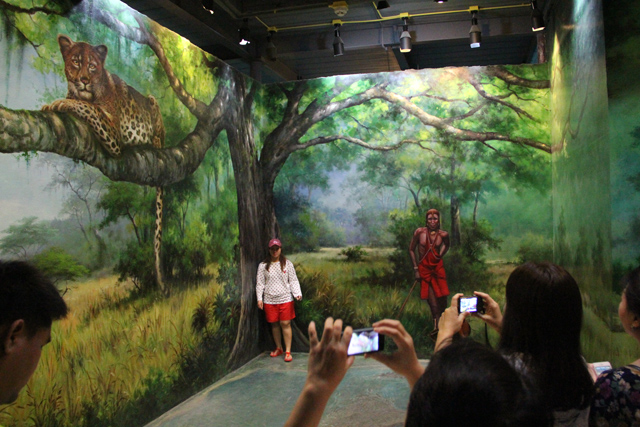 Was it worth it to visit Art in Paradise?

I would have to say that for the foreigner price (500 THB – about $15), in my opinion it wasn't. The paintings were cool to look at and they were really well done and creative, but the price was a little too steep.

However, even more than seeing the artistic creations, I couldn't help thinking they had created a museum that is perfectly catered to Thai culture.

I've been to Pattaya many times but never heard of this. Perhaps because it isn't my cup of tea. This is one informative blog by the way. Well written articles and nice photograph as well..

great one! Thailand is one place that I also wanted to visit in the next few years..been hearing a lot about the place.

Great art of museum which include all types of paintings like wildlife paintings.It is very good to go with friends and take the photos of amazing paintings.

This is so cool, it reminds me a lot of Trick eye museum (like what chris said from Korea). These kinds of museums are definitely fun to go with friends...

What a fun place! Not sure like you said it's worth $15, but still cool nonetheless.