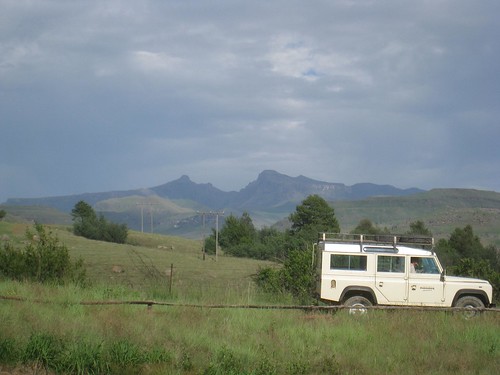 My companions for the Hodgson's Peak hike in Lesotho were an an American family from Denver, Colorado. Mark, a geologist, and his wife, Mary Jo, were visiting their daughter Whitney who was finishing up a semester abroad at the University of Cape Town. 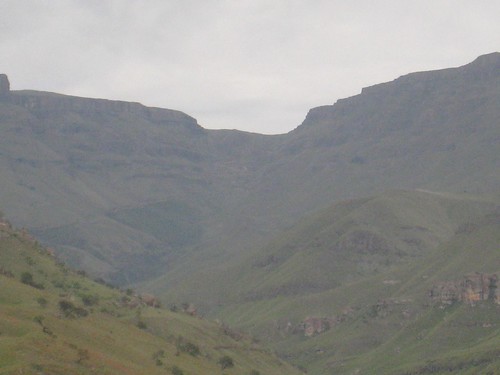 We jumped in a Land Rover at the Sani Lodge around 7:30am, and Philip, our guide, drove us up the valley on the rocky road to the Sani Pass, a steep, zig-zagging mountain pass into Lesotho. Along the way, we saw a herd of Eland and stopped at South Africa's border post to get exit stamps. 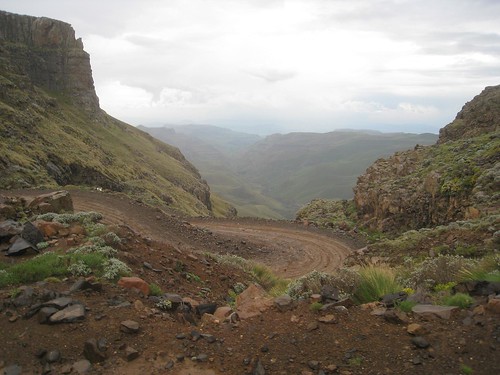 The Sani Pass was navigated so well by our guide, I never had the sense we would tumble down the mountainside. Once atop it, we were treated to a high-altitude world apart from the rest of southern Africa. 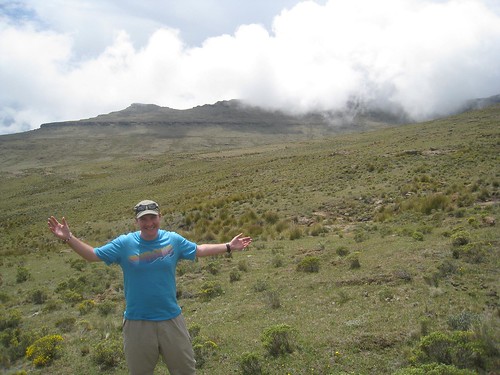 The weather was partly cloudy. After getting our entry stamps at the small immigration building, we parked the truck and wasted no time in heading across an open field toward Hodgson's Peak. Already at 2,874 meters, we ascended another 200 meters, arriving at the base of the 3,250-meter peak where we would begin the steeper climb…if the peak hadn't been covered in clouds by that time. Philip's decision to turn us around was not met with dissent as there was no point in climbing higher if we couldn't see anything. And Philip had already assured us we'd make the best of the day regardless of weather. 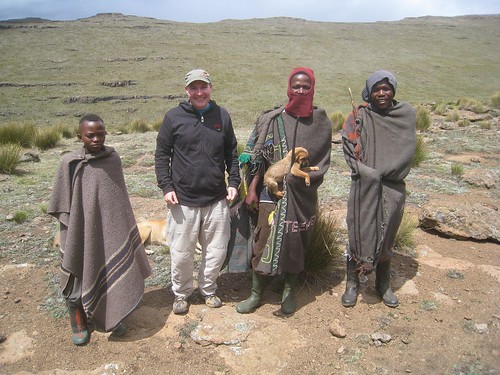 I had been huffing and puffing due to the lack of acclimatization, and welcomed the walk back down to the little village where we started. The thunder, lightning, and rain which soon accompanied us, on the other hand, was not welcome. It was downright scary, and I could only move so fast at that point. We took shelter in a little store while Philip went to get the Land Rover. We jumped in, wet and cold, and motored further into the kingdom. 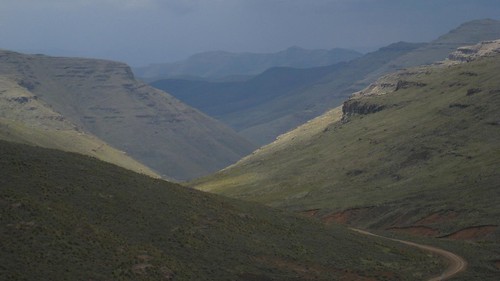 We stopped about a half hour later after driving over a ridge to view another valley. A young shepherd appeared as we were eating lunch in the truck. I offered him an apple for a photo, as we had been instructed to provide something in return to the locals for such requests. Another shepherd soon appeared, and offered to sell us an adorable puppy for about $5. And then a third arrived. Philip told us it was a rite of passage for the locals to spend a few years as shepherds. 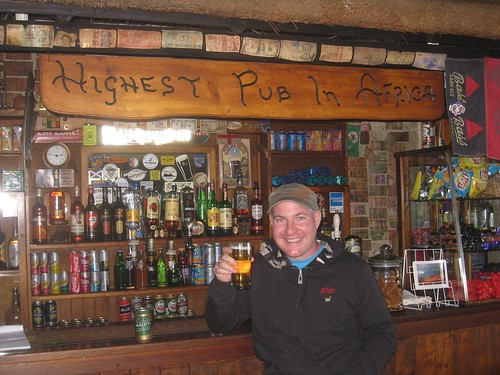 On the way back to the village, we stopped at a local woman's stone rondavel (home) for fresh bread and brew, which was typically a part of the cultural tour I had decided to skip in favor of getting exercise. Our last stop, before descending to a more hospitable altitude, was at Africa's highest pub, the Sani Pass Chalet, where we enjoyed Lesotho's very own Maluti beer.