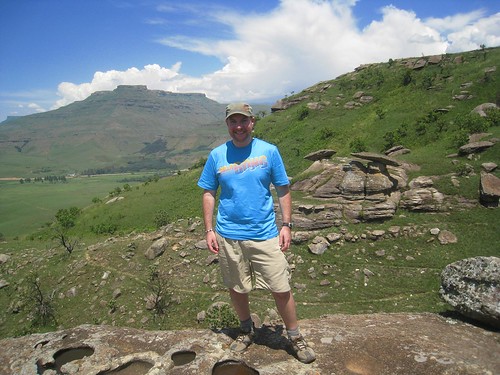 I departed Durban for the Sani Pass Lodge, a great jumping off point for tours into Lesotho and hikes in the southern Drakensberg Mountains. The elevation is about 1,500 meters. I decided to spend my first day on a 5-hour return hike to see some San rock art in its natural environment. 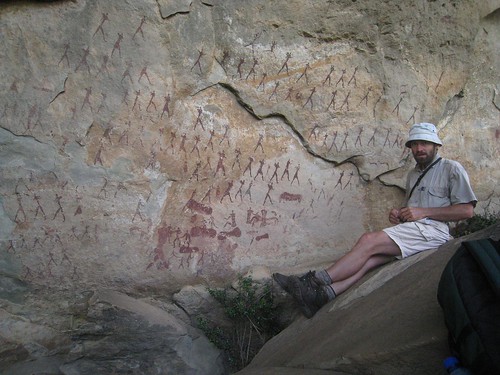 The weather was great in the morning when we left the lodge. Blue skies, puffy white clouds, and green grass running up the slopes of the lower mountains we would be hiking around. Our guide was very enthusiastic about the rock art, which made for an interesting tour. 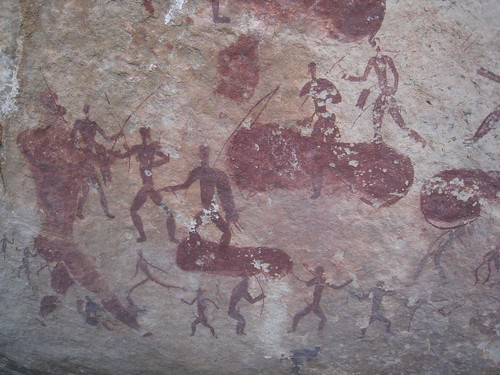 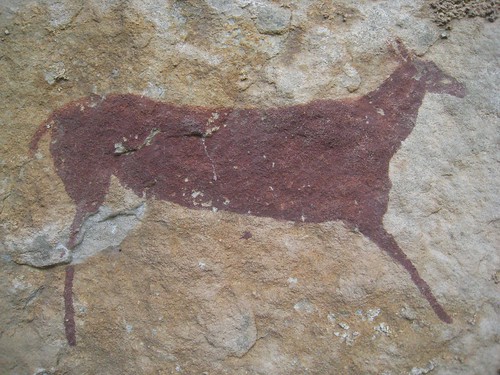 The most common depictions were scenes from the spirit realms where Elands, the largest antelope species in the region, were of special significance. After a picnic lunch, clouds started to roll closer to us, and the winds picked up so we made a hasty retreat back to the lodge.

The next tour would prove to be more exciting – a 4×4 drive up the steep and rocky Sani Pass (2,800 meters) into the kingdom of Lesotho, followed by a 4-hour return hike to Hodgson's Peak (3,250 meters), and a drink at the highest pub in Africa!