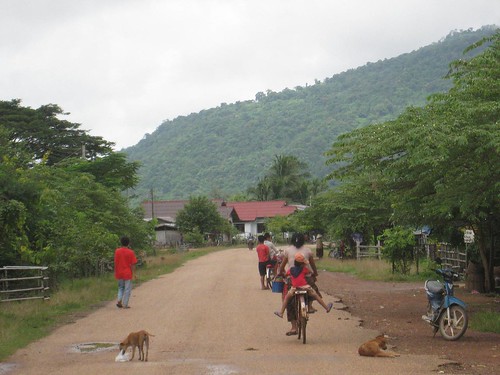 Champasak's big draw is Wat Phu, an ancient Khmer religious complex, set at the foot of the Phu Pasak mountain range (1,400 meters). Our first morning, Celene and I took bicycles on the one hour ride south. Caroline wasn't feeling well, so Nicholas stayed behind as too. 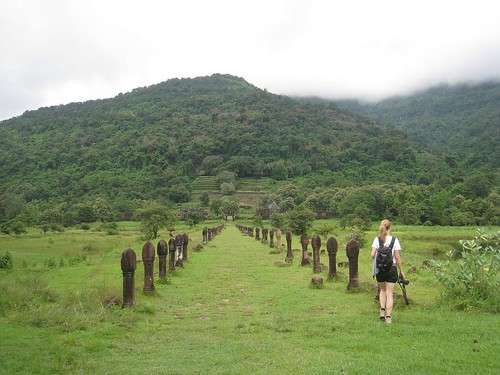 Sightseeing by bicycle is an approach I take far too little, and despite the lack of brakes on mine, it was a lot of fun to cruise down the main street past rice paddies, farm animals, and the local people. Upon arrival at the temple's entrance, we parked our bikes and set off on foot. I was under the mistaken impression that the temple was located higher up the mountain, so I had mentally prepared myself to climb all 1,400 meters to the top! 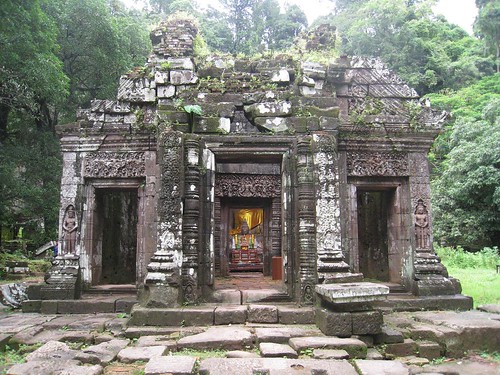 As it turned out, the temple was only about 80 meters up the mountain in altitude, so reaching it was anti-climactic because it involved far less hiking than I expected (not that I was in the mood to hike through jungle for hours on end). 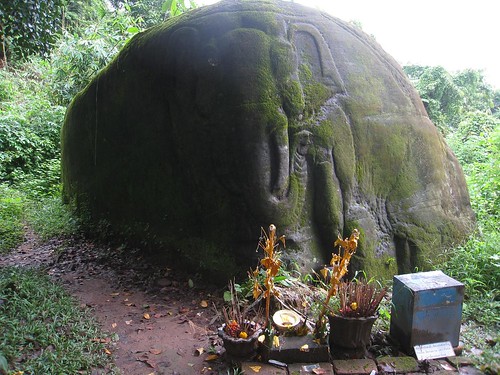 I made an offering of flowers and incense in the temple, while Celene mistakenly began to climb higher up the mountain. When I found her, she was behind a small blue sign which read “No Entry.” I didn't think she'd take the Lara Croft moniker I'd given her so seriously. Then again, as Indiana Jones, maybe I wasn't pushing myself hard enough! 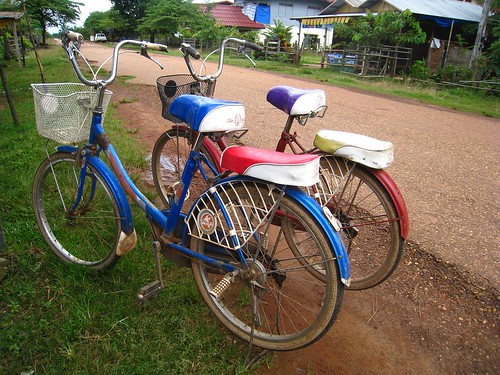 As we headed back down the steep stone stairs towards the entrance, we ran into Nicholas and Caroline. As they toured the site, Celene and I walked around the nearby museum and got some drinks at a restaurant by the entrance. The other two joined us and we ate lunch and rode our bikes back to the guest house to….you guessed it….relax by the river. 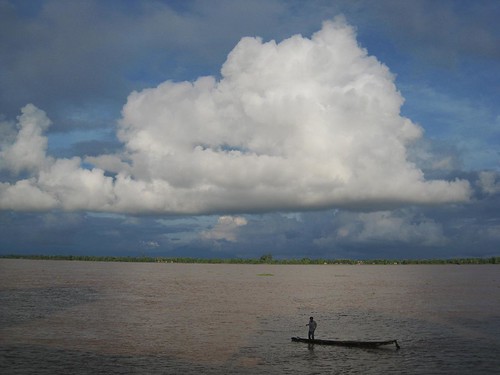