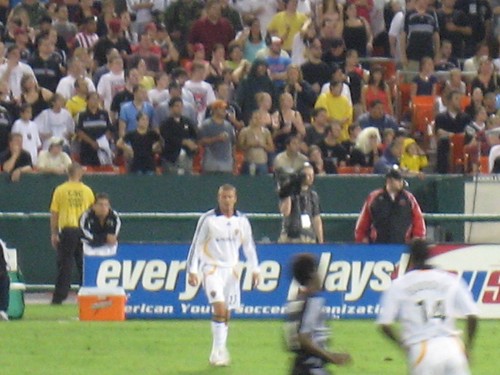 I know I'm supposed to be in hardcore savings mode with about 3 months until departure, however, I got caught up in the media hype surrounding David Beckham's arrival in the United States last month.

When regular (vs. season/group) tickets finally went on sale, all were sold out except the corner upper deck seats (and even those were more expensive than normal).

I decided to catch the game on TV until I received an e-mail from the Barra Brava fan club I joined earlier in the year.

They still had single tickets for sale in their dedicated section (center, closest to the field).

The game turned out to be one of the best I've seen or attended in my past four years of following DC United (and soccer in general)! 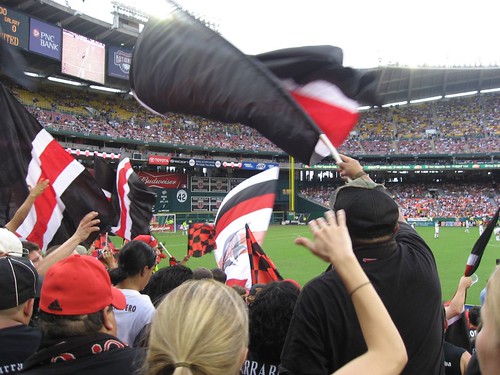 at least you got to expereience the beck fever ;) (are you breaking out in spots??:))

mm premiere league started on the weekend! whooooooooooo!!! west hame lost :( booooo... but for $10 extra a month I can watch Fox Soccer Channel :) YAY! but the games are on at like 2am, 7am etc :( BOOOOOOOOOO

will be interesting to see how long the sold out beckham games last for until crowd dwindles...

Good point about the dwindling - I certainly would be surprised if they could sell out RFK at 46,000 for another regular season game next year just because of Beckham.

That's why I was glad I ended up going last week!