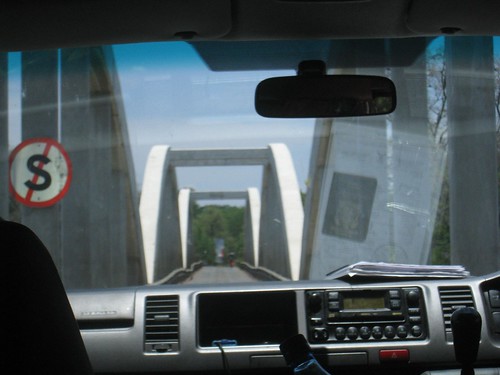 Dion, the guide/driver/cook for my Delta adventure, was sipping coffee in Bob's kitchen a full 20 minutes earlier than my scheduled 5:30am pickup. He looked comfortable in a raggy t-shirt and shorts, his feet would remain bare for the entire journey. 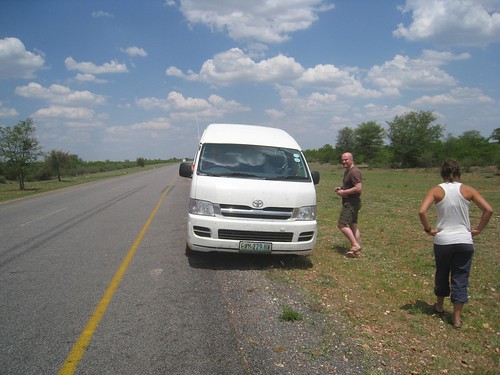 I grabbed my bag and Bob opened the driveway gate for us, walking out to the van to see us off. I slid open the door and was greeted by Ingrid, a student from Norway touring a little of southern Africa after a semester abroad at the University of Cape Town. She broke the good news to me. The two of us were already half the customers for the 7-day Okavango Delta camping trip. 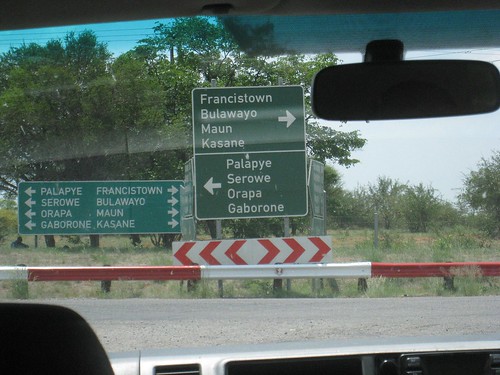 An hour later, we were at the HQ of Livingstone Trails, which also functioned as a hostel, picking up Peter (Holland) and Richard (England). Both guys were booked for Livingstone's longest tour (16 days), having begun with a 4-day Kruger Park safari, and set to end with Chobe Park (in northeastern Botswana) and Victoria Falls (on the Zimbabwe side). Ingrid was visiting Vic Falls too, so I was the only one signed up for just the Delta. It was a purposeful decision. Going to the falls meant $300 more for the tour, plus at least another $100 for the main attraction, Class V whitewater rafting on the mighty Zambezi River. Besides the money, my flight out of South Africa had already been changed once, and it was too costly to mess around with again. 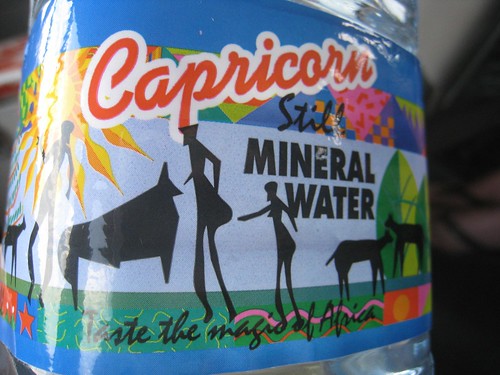 The first day was all about driving. Fast. Straight. With purpose. We stopped every few hours for food, gas, and toilets, covering about 1,200 km in 12 hours. By noon we had crossed Botswana's southern border. By 5pm we were spotting wild ostrich and elephants along the side of the highway. And by 5:30pm, we had pulled into Elephant Sands, a small, open air lodge and campsite without fences. We set up four individual tents at sunset. I sampled Botswana's very own St. Louis lager, which reminded me of the mass market American brews. I drank three to celebrate the start of a new African adventure. 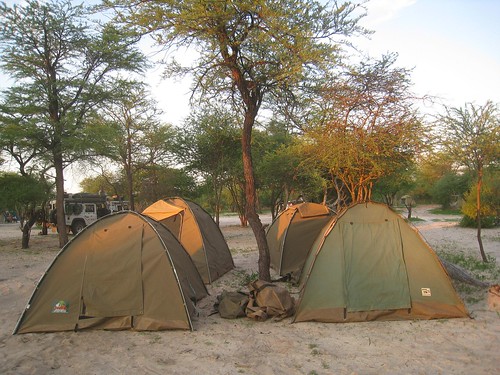 After the sun went down, we sat by a fire and watched the nearby watering hole which is frequented by elephants, and to a lesser degree, lions. It wasn't long before we began to hear the splish-splashing of an elephant in the water. A few flashlights were used to confirm its presence about 50 meters from us. 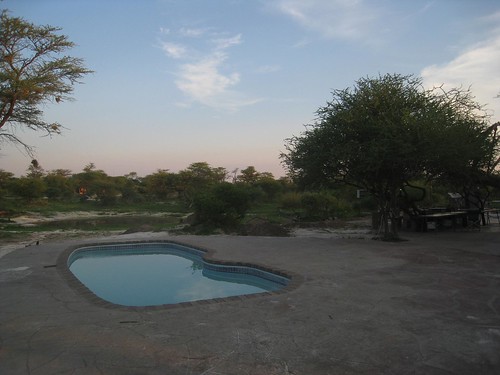 The buffet dinner consisted of steaks, fries, salads, and a tasty local bread. We were in our tents by 10pm, and despite the potential for a late night visit from an elephant or lion, I was asleep by the time my head hit the mat. 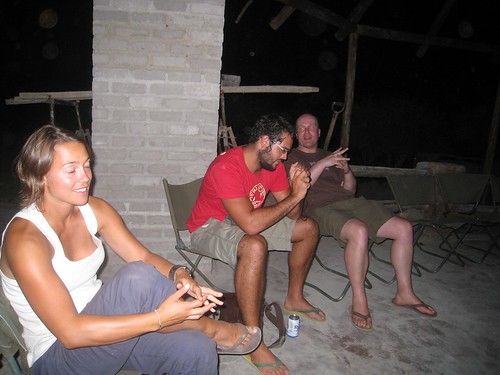