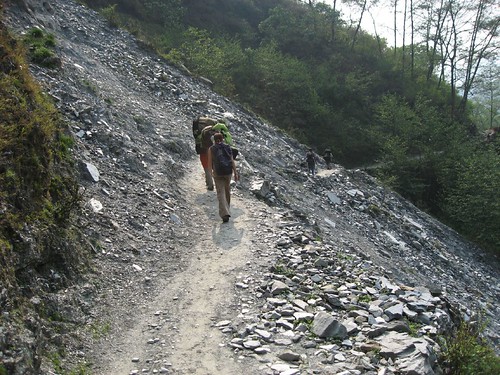 I'm on the rocky road, Heading down off the mountain slope, And as my steps echo louder than before. Another day is done, Say goodbye to the setting sun, See what I found, turn back to the ground just like before. And hey hey hey, hey hey hey (hey!), Hey beautiful day.

Into the undergrowth, Twist and turn on a lonely road, In the twilight the day turns to night and I'm alone. And when the light has left, I'm not sure of my every step, I'll follow the wind that pushes me west back to my bed. — Bedouin Soundclash 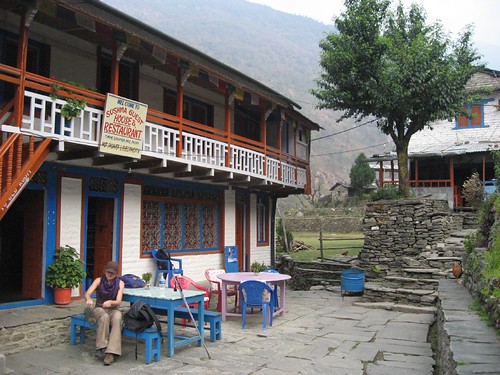 In the morning, we ate and were off by 7:30am. We had a short descent, a few river crossings, and a lot of flat ground over three hours to Nayapul. 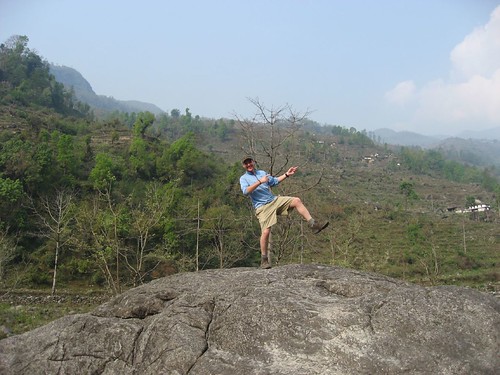 We had a bowl of noodles at a small restaurant around 10:30am, and caught a bus back to Pokhara. When the bus pulled up, it was packed. I was about to ask about a taxi when Gela's eyes lit up, as she realized we had the opportunity to ride on the roof. Before I knew it, our crew had climbed the back ladder in preparation for the two hour ride. 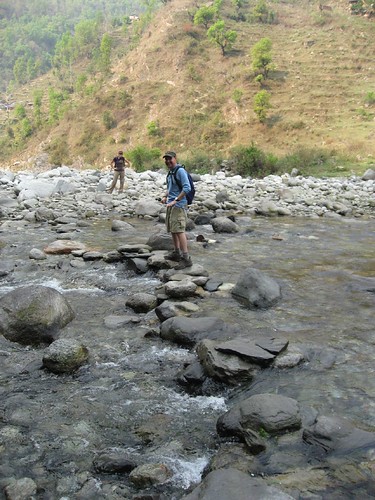 Initially, we had almost the whole roof to ourselves, however as the bus made it's way down the mountain, more and more locals jumped on for the ride. At our peak, I counted 18 people on the rooftop, let alone those sitting and standing inside the bus. The views were breathtaking – clearly we had the best seats, though not the most comfortable. The guy collecting money from new passengers worse a Brittney Spears t-shirt, and mine as well have been a Hollywood stunt man by the way he casually climbed around the outside of the moving bus. 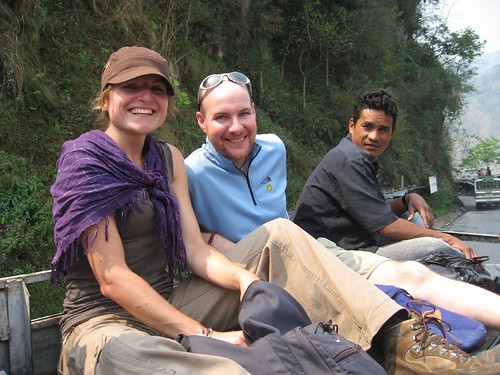 Upon arrival back in Pokhara, Gela and I took some time to unwind, say goodbye to Mohan and Nima, return our rented equipment, and adjust to civilization again. Only a few hours after saying goodbye, we ran into Mohan and Nima again, inviting them out to dinner and drinks with us. The next day I said goodbye to Gela who was heading back home to Holland.

Estimated Distance = who cares…we did it! 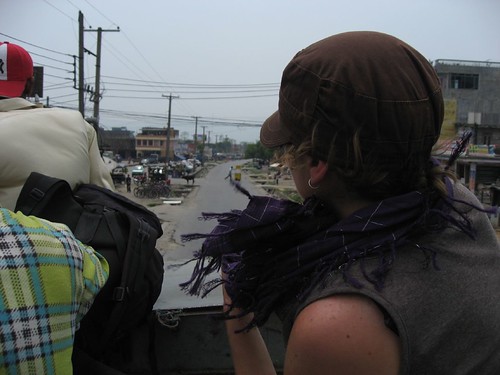 Rooftop bus ride sounds fun, not sure about the guy climbing around the moving bus. So..."who cares...we did it" is that in metric or imperial?

Rooftop bus ride sounds fun, not sure about the guy climbing around the moving bus. So..."who cares...we did it" is that in metric or imperial?