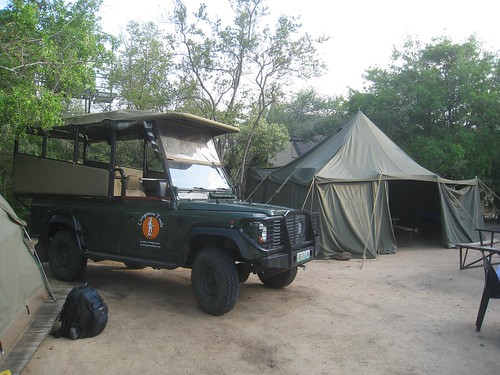 Up at 5am, on the road to the park by 5:30am, and in the gate when it opened at 6am, we dropped our backpacks and sleeping bags off at Livingstone Trails' permanent camp within the park, and climbed aboard a modified Toyota pick-up for our first morning game drive.Our safari guide was named Stuart, and while he didn't work for Livingstone, he was hired from time to time when they were busy. 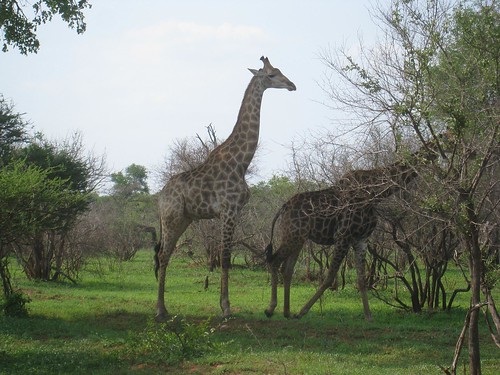 Within the first hour, we saw impala (the park is overpopulated with them), wildebeest, zebra, waterbuck, warthogs, and various birds of prey including the large Marshall Eagle.The second hour brought close encounters with giraffe. 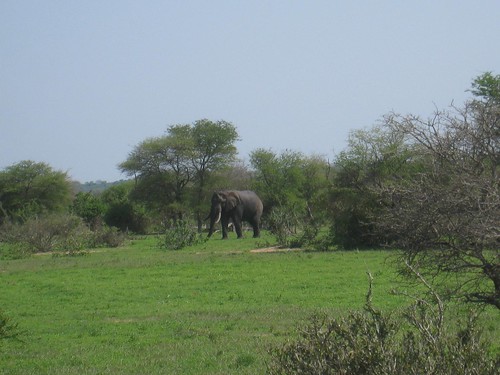 The third hour brought us some elephant and buffalo.The Spanish guys were in the back seat, and constantly climbing outside the vehicle while it was driving, despite Stuart's instructions not to even keep an arm hanging outside it (lest a big cat sneak up and try to knaw it off).I found them distracting in this regard, like a couple of over-excited kids you always had to keep an eye on. 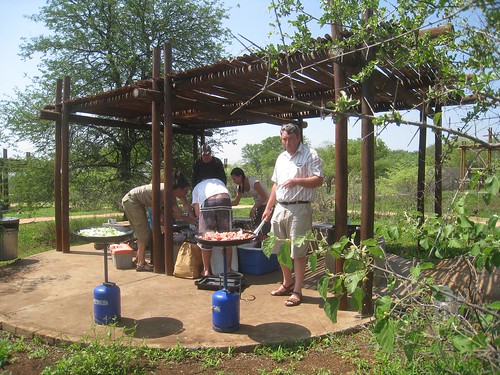 The standard breakfast of eggs, bacon, and a mix of tomatoes, mushrooms, and onions was cooked up at one of the Park's larger camps around 9:30am.Cereal, bread, fruit, coffee and tea were also available.The customers helped with the food prep and dishwashing, which is to be expected on a budget tour.One of the guys spotted a big lizard in the leaves a few feet from us which was cool. 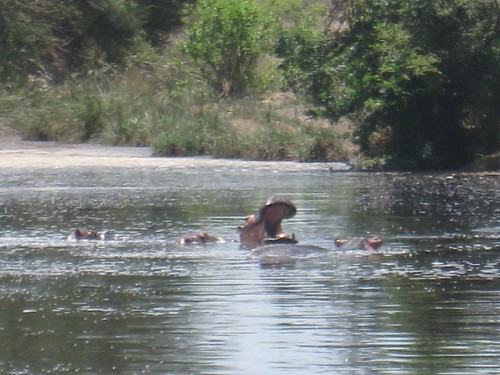 Big breakfasts under our belts, we set off on the second game drive of the day, encountering babboons, kudu, and my first hippos.They prefer to stay under water during the day, leaving much to the imagination except the tops of their heads.In the evenings, hippos can travel long distances in search of food and new watering holes.The guides say if you see a hippo on land, it's already too late.They kill more people in Africa than any other animal. 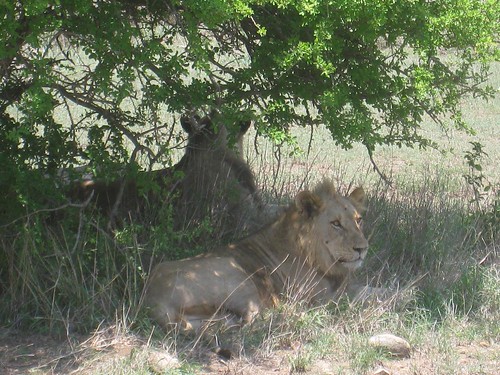 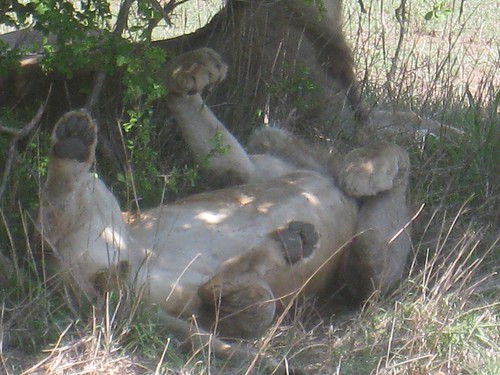 Soonafter seeing the hippos, we came across our first lions.Everyone was excited.They were literally 5-10 meters from the dirt road, resting under the shade of a few trees.Young males.5 of them.Two cars were already observing them when we rolled up as well.Despite being in an open vehicle, it didn't feel dangerous. 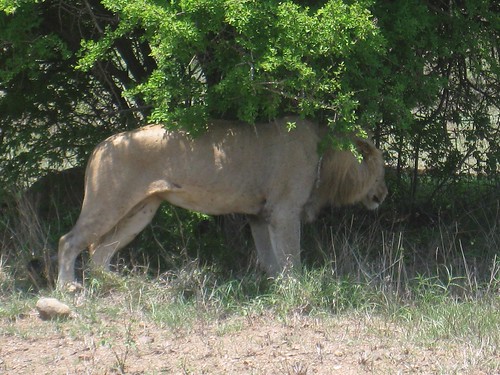 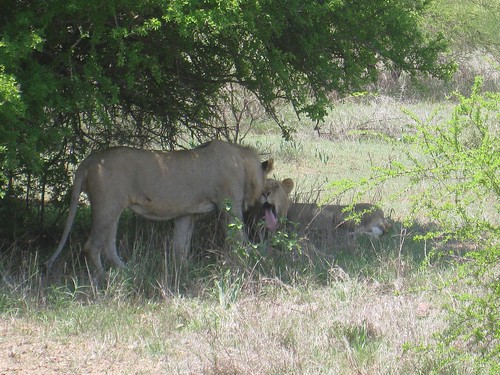 Humans aren't their type of meal, nor did they have a reason to attack us given all the impala and zebra running around.A few of them rolled over on their backs, and later got up and layed down next to each other.Stuart said they were doing a little male bonding.We spent about 15 minutes there before driving onward. 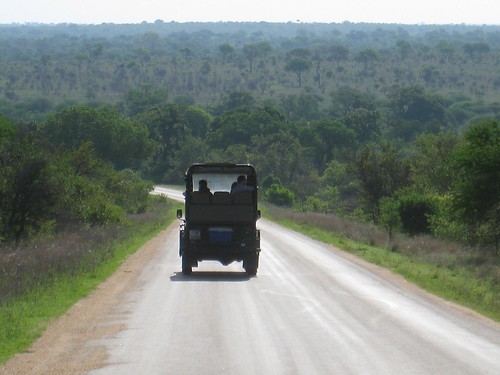 Lunch consisted of make-your-own sandwiches, and we ate at a different picnic site in the park, near the eastern border with Mozambique. Our third and final game drive of the day followed. We saw more of the same animals from earlier in the day, minus the lions and hippos. As we headed back to our camp, with the sun going down, we spotted some red mongoose crossing the road. 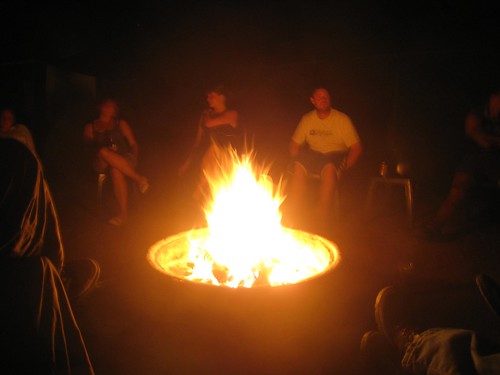 In the evening, we ate dinner an sat around the campfire talking and drinking cold beers, the perfect end to a day in the bush. People who were there prior nights told of a hyena visiting camp, and an elephant, but we saw neither. Instead, Stuart had us all pause to hear the sound of a male lion patrolling its territory. It was very cool to be camping in the park, with just a chain link fence and some electrified wire separating you from the wildlife.

Of course, Kruger Park (as you probably know) is almost a sure thing for spotting lions. We saw the same males on two different days. Now cheetahs....I didn't see, and my glimpse of a black rhino was all too short.

Of course, Kruger Park (as you probably know) is almost a sure thing for spotting lions. We saw the same males on two different days. Now cheetahs....I didn't see, and my glimpse of a black rhino was all too short.

Wow, some amazing photos! Cant believe you got such amazing shots of the lions