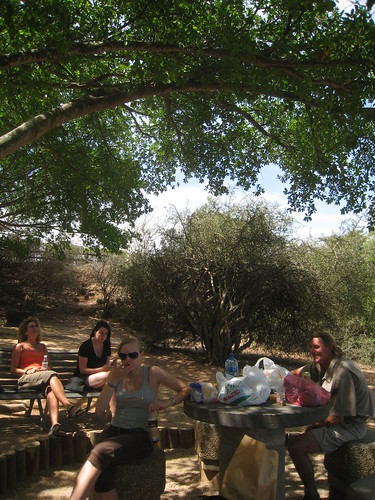 Around 12:30pm, we headed to the park's picnic grounds which overlooked yet another watering hole with lots of elephants.  Food was eaten, a green snake was seen slithering from a scrubby bush to the limbs of a tree above us, and a Weaver bird pooped on John's shoulder to our amusement. 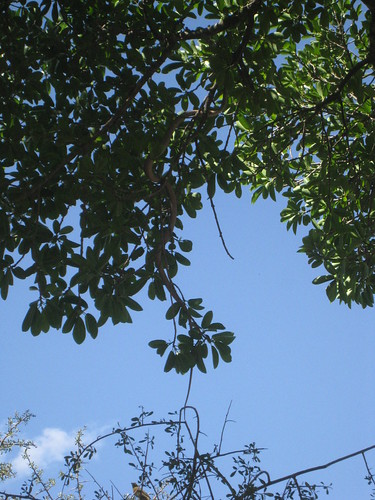 After lunch, we set off on a mission to find African Lions.  Along with the White Rhinos, lions were only introduced to the park in 2007.  Earlier in the morning, John had spotted lion tracks in the sand along one of the roads we took, estimating them to be about one day old.  Despite hours and hours of intense searching down every trail through the brush we drove past (we're talking hundreds), the lions were nowhere to be found.  Still, the possibility of spotting them around every bush, at any time, was enough to keep me alert for almost the entire day in the park (all 11.5 hours). 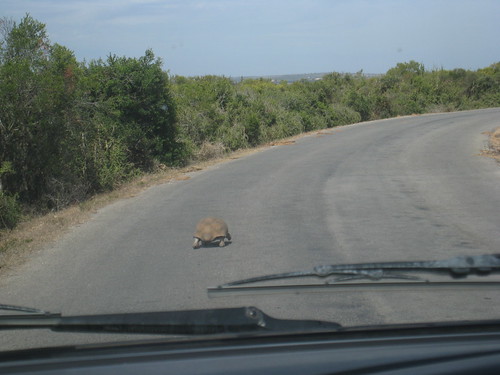 While the lions were laying low, the Leopard Tortoises were everywhere.  They were so pervasive, John said he'd never seen so many in a single day.  Warthogs also seemed to be out in numbers. 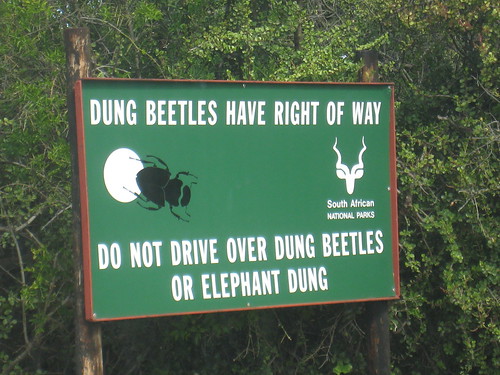 Addo is home to the rare flightless dung beetle, and signs around the park caution drivers not to run over elephant dung on the roads as this is where they lay eggs.  We didn't spend any time scouring dung though, so I never saw one though Karin said she did. 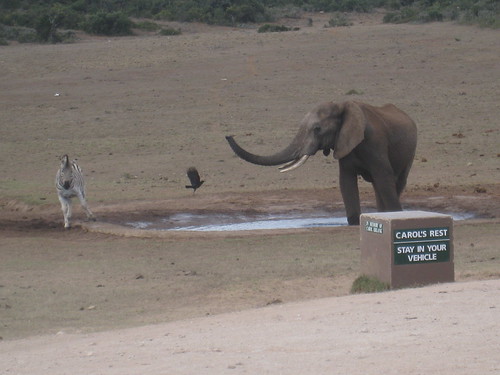 At 3:30pm, we rolled up to a watering hole where a single elephant was hogging it for himself.  We saw our first Burchells Zebra of the day, trying their hardest to get a sip of water, only to be chased away by the elephant.  As we enjoyed the unfolding scene, a pair of girls in a little Chico car pulled directly in front of our line of sight, thereby positioning themselves as close to the hole as possible.  While I'm sure they didn't intent to obstruct our view, John was forced to reposition our SUV and took the opportunity to mock them frequently for the remainder of the afternoon. 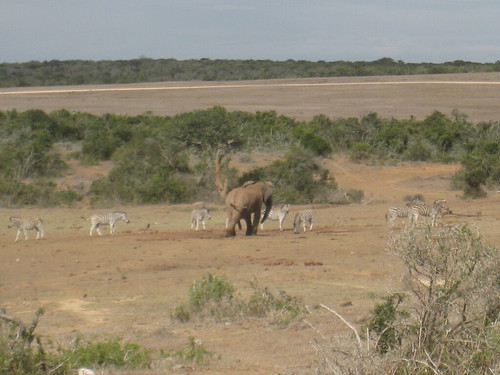 As the sun began to dip, we made our way back to the watering hole where we saw the Cape Buffalo earlier in the day.  Along the way, I spotted a Yellow Mongoose in a field.  Once at the watering hole, there was a lone female elephant in the water.  She was soon approached by a large male, clearly eager to mate under the beautiful African sunset. 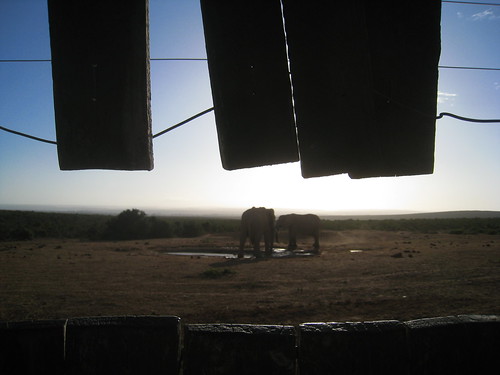 Elephants are a touchy-feely animal, but he didn't seem to give the female much time to get warmed up, and as a result (at least in my expert opinion), she rebuffed him.  He hung around by her side as we all hoped they'd make a love connection.  Unfortunately, we had to begin making our way out of the park by 5:45pm, and didn't get to see how it played out. 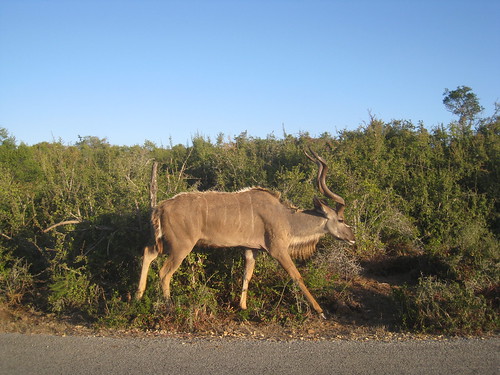 An hour later, I was dropped off at my backpackers in Port Elizabeth where I was forced to take a double en suite as the there were no dorm beds.  The privacy was a nice change from the dorm beds and couchsurfs of the last few weeks so I was happy all the same. 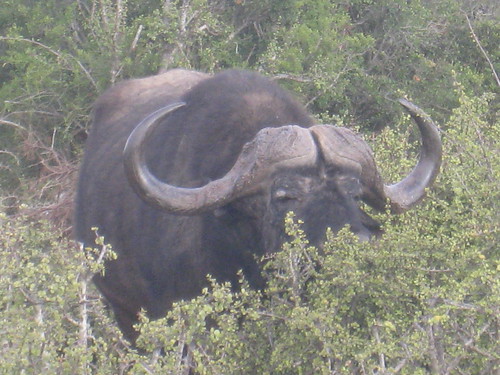 I love this part "In my expert opinion that's why she rebuffed him" - he (male elephant) needs to learn the art of having people dare him to take photos with numerous female elephants at once! *evil, evil grin*

I love this part "In my expert opinion that's why she rebuffed him" - he (male elephant) needs to learn the art of having people dare him to take photos with numerous female elephants at once! *evil, evil grin*