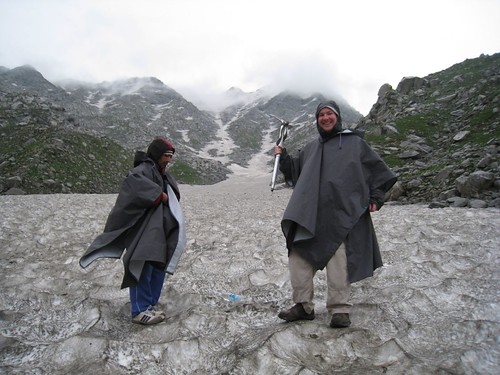 We initially planned to wake at 5am, and head up to the pass at 6am, however there was a rain delay of an hour. I was again thankful to awake with no headache. A light breakfast of cornflakes, hard boiled eggs, and tea was served. Around 7:15am, Ashok lead Harold and I across the glacier, while the porter watched over our camp.

The glacier looked like a frozen ocean, upon which you could walk on the waves like steps. The drizzle let up soon after our departure, allowing us to strip off the ponchos. Harold carried his backpack, Ashok his sleeping bag's bag with our lunch and one of my two bottles of water, and I carried one bottle of water and a small nylon dry bag with my camera and an assortment of pills. 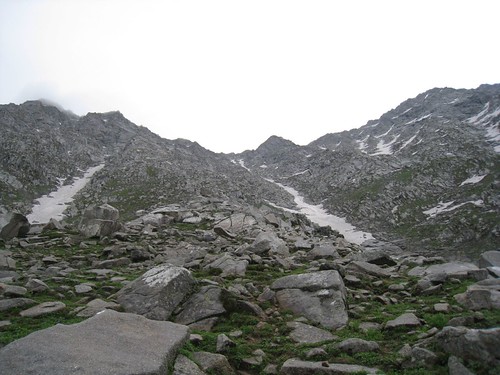 I felt lucky to have clear views of the pass and mountain ridge the whole morning. I wanted to see where we were going, and somehow found the view energizing instead of daunting (ok….a little daunting!).

The terrain was very rough. The rocky path was in no way as stable and well defined as the Nepalese trails around the Annapurna region. It was developed by shepherds who still use it to bring their goats from one valley to the other. As a result, the path is covered in goat poo, making it especially slippery. Dark brown strips of the poo can be seen wherever the goats cross snow as well. 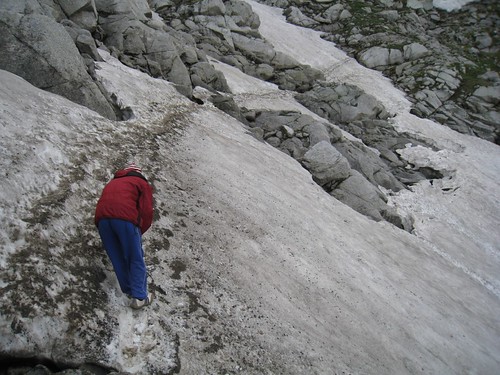 The steeper we climbed, the more I tried to focus on ensuring the stability of every step. I was the only one who could be held 100% responsible for my footsteps. There would be no one else to blame if I slipped and careened down the mountainside.

As I was getting a little more comfortable in my rugged environment, Harold and I were presented with a new challenge, crossing soft snow on steep pitches without the use of ropes or ice axes. When I saw the first section we had to cross, I snapped a photo stating “this will go in my holy sh*t file.” I was at once petrified of slipping to my death hundreds of feet below, and surprisingly calm and collected. Ashok cut out fresh footholds in the snow, and we followed behind. 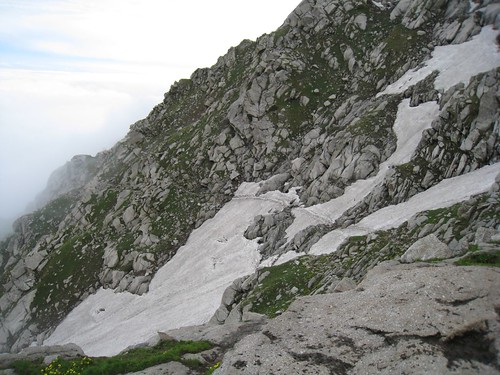 I knew going uphill in the snow was easier than what we faced on our descent later. We continued to cross 4-5 sections of snow on our way to the top, with the final one being the steepest. 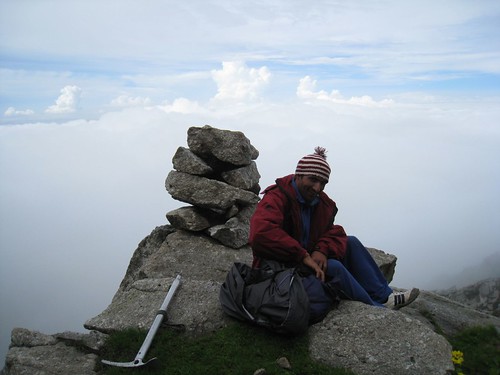 Ashok lead us up the mountain at a slow and steady pace. The higher altitudes and rugged, slippery terrain forced us to walk slow just the same. My heart would pound heavily during the first hour or two. I either got use to it, or it quieted down a bit the higher we rose. 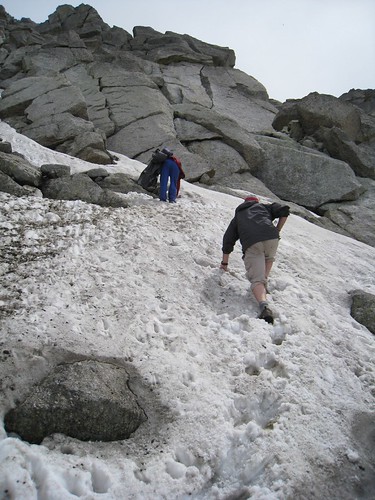 About thirty minutes from the top, Harold developed a headache, appeared more lethargic, and signaled a feeling of uneasiness. I gave him a 1/2 pill of Diamox which I carried as a precaution.

For better or worse, the place where Harold decided to lay against a rock was not a resting spot according to Ashok, who ushered him to the top just ten minutes away. As for me, I was feeling energetic and hungry. 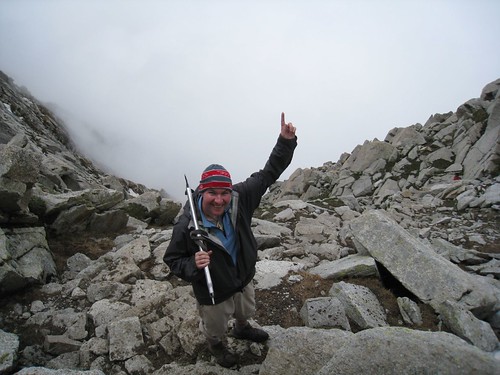 It was exhilarating to reach the top of 4,320m (14,256ft) Indrahar Pass after four hours of climbing about 1,100m in altitude. I was completely surprised by the view of the snow-covered valley on the other side of the ridge. A dark brown path of goat poo showed the way down the other side. Clouds remained in the distance while we enjoyed lunch and views for thirty plus minutes. Speaking of food, I was the only one who'd been buying chocolate, so I devoured a beloved Snickers, along with a mango, trail mix, biscuits, and fruit juice. 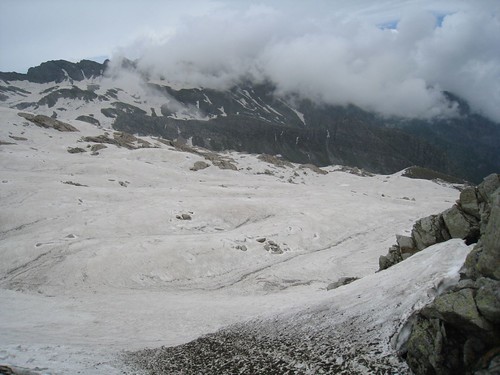 Once you're seated, it's easy to lose sight of the fact that you're in a very precarious position. The high altitude is affecting your body's chemistry, and it is not an uncommon side effect to feel a sense of euphoria (or intoxication). 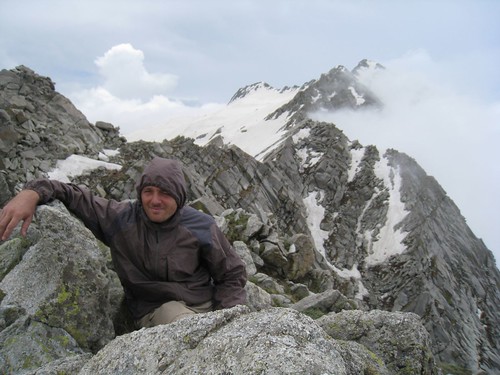 Besides the aforementioned euphoria, I felt an amazing sense of redemption. Despite efforts to accept my trek in Nepal as “complete” just as I experienced it, there was never a climax. I knew it then, and I couldn't let go of my desire to successfully climb something high. I had told Cameron I wanted to know what it felt like to be at the top of a mountain.

I now had that feeling, in addition to a headache, and the sobering knowledge that climbing a mountain means little if you can't get back down alive and well.