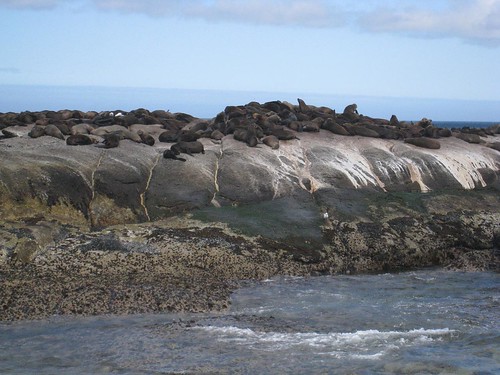 The Daytrippers van picked me up around 8:30am and we drove south along the Atlantic coast. The weather was perfect, cool with a warm heat radiating down from the sun. Our first stop was Hout Bay from which we took a ferry to Duiker Island to see the colony of Cape fur seals. They did what seals do…..lay around sunning themselves, with the occasional one splashing around in the frigid waters. 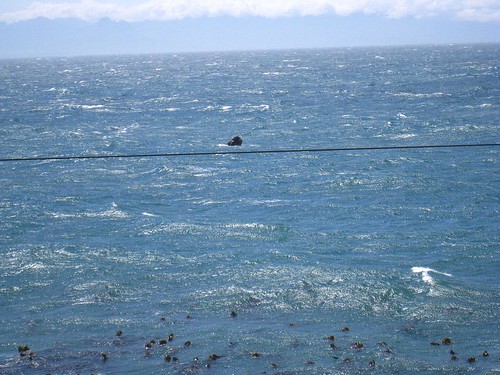 Back on shore, we continued the drive, with the new instruction to keep an eye out for whales!  Southern right whales and humpbacks migrate close to the coast from June to November and they can be seen clearly from land, as we soon found out.  We stopped a few times when there was confirmation of a whale in the water.  I saw tails sticking out, a head pop up now and then, and plenty of water being sprayed upward from their blow holes.  It was fun to try and spot them amongst the wind-whipped whitecaps.  The people with homes overlooking that area of the coast must see quite a show every year. 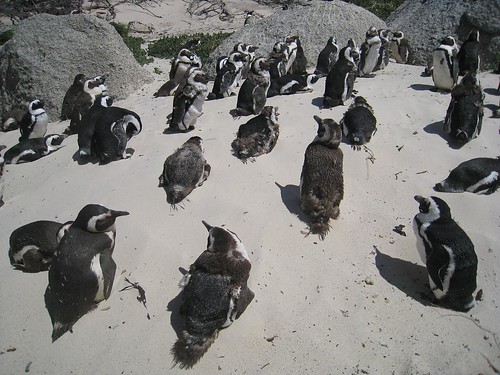 Boulders Beach hosts the African penguin, formerly known as the Jackass penguin due to the funny way it walks.  They were chilling out, and molting up a storm, all along the wooden walkway. 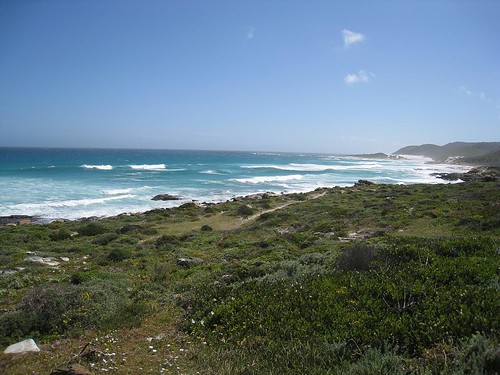 We ate lunch further down the road at the visitor center for The Cape of Good Hope Nature Reserve.  As lunch was being set up, I spotted my first wild ostrich.  The break allowed me to chat with a young English couple temporarily living in Cape Town, and another Brit.  Food in our stomachs, we jumped on the mountain bikes we'd been towing all along.  A unique feature of the Daytrippers' tour is the bicycling to The Cape of Good Hope instead of driving the bus right down to the water's edge.  It was one of those ” stop and smell the roses”? moments as we careened along the road taking photos and battling the constant (and strong) winds blowing off the Atlantic. 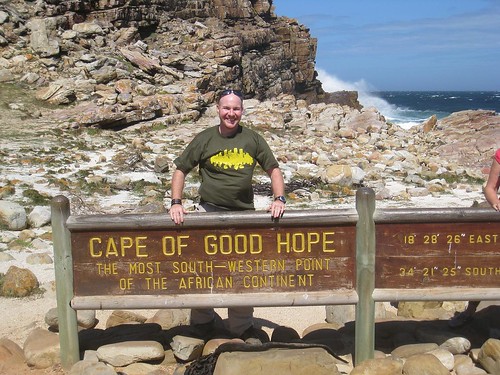 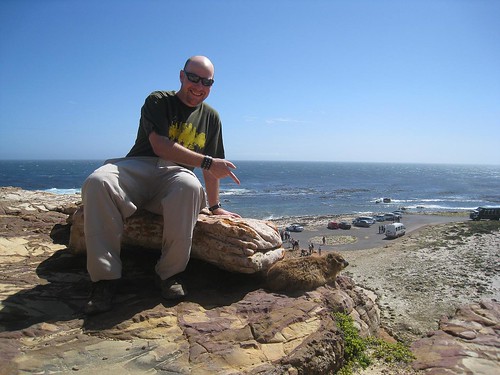 As we began to hike up along the cliffs, we passed a few dassies (aka rock hydrox) taking in the view.  Why these furry little creatures are the closest living relative to elephants, I do not know.  The entire Cape Peninsula is covered with a combination of flora (plants and flowers) known as fynbos unique to the western cape.  Thirty plus minutes later, we reached the parking lot of the Cape Point lighthouse where we took a funicular called The Flying Dutchman (think cable trolley) up the hill to save our legs the further effort. 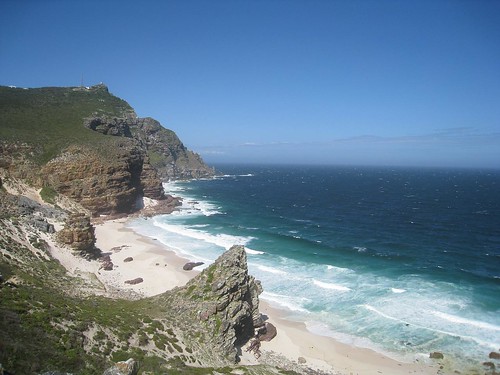 The one common animal absent from the day was the baboon.  The guide said they don't like to hang out by the roads and paths when it's windy. 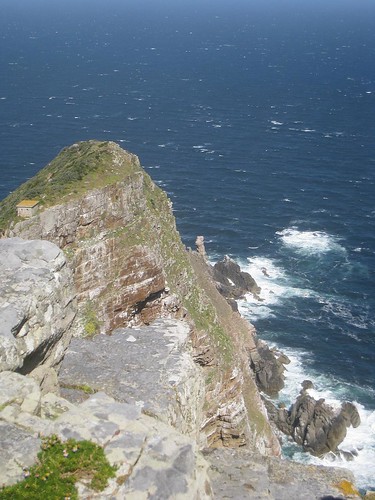 Yes you look like you are having a blast is it a good choice/stop do you wish you had gone elsewhere?

Yes you look like you are having a blast is it a good choice/stop do you wish you had gone elsewhere?

You seem to have a wonderful time in South Africa. The African penguins are simply fantastic.

You seem to have a wonderful time in South Africa. The African penguins are simply fantastic.

Man you go to the greatest places! I wish I could afford to as well.;)