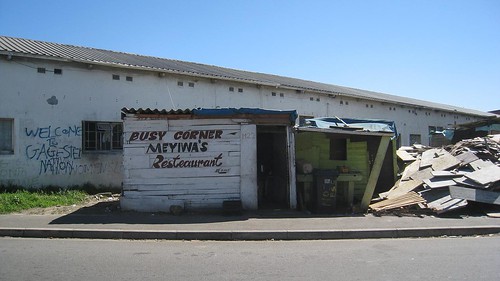 You don't need to hang around Cape Town too long to see its affluent side. Tour buses regularly cruise through Camps Bay, the exclusive playground of the rich and famous. I spotted an Aston Martin in passing and the streets are filled with Mercedes, Audi, and BMW. Toward the popular waterfront, you'll find Lamborghini in a showroom and multi-million dollar mega-yachts. It would be very easy to live in a tourist bubble and completely overlook the townships (poor communities) and informal settlements (shantytowns) which contain the majority of Cape Town's population. 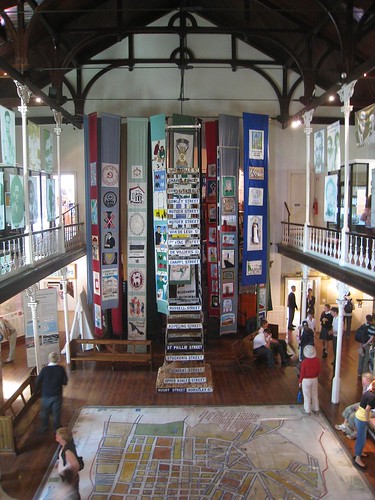 Wine tastings and nature trails under my belt, I set off on a more somber cultural tour to the city's poorest neighborhoods. The morning began at the District Six Museum housed in an old church. District Six is a region of the city between the port and Table Mountain. In 1966, under the cloud of apartheid and more specifically, the Group Areas Act of 1950, District Six was declared a white group area. By 1982, over 60,000 people had been forcibly removed and relocated to an outlying area known as Cape Flats, while homes and businesses were bulldozed.

Today, District Six is mostly overgrown weeds and grass as the land was never fully developed after it had been cleared. A few new homes are going up in an effort to provide restitution to the displaced people or their living relatives. 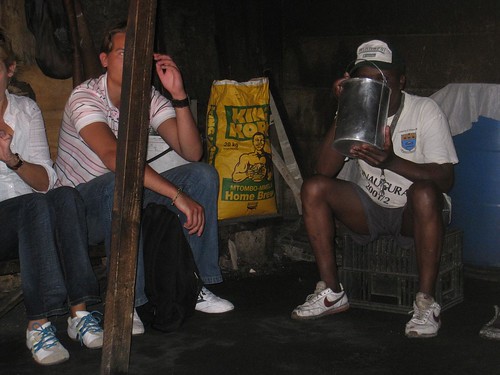 Next, we headed to the first township where we were lead down an alley to a small shack, the local men's club. It was only 10:30am, yet the local beer tasting was about to begin. Everyone took turns sipping the rather awful tasting brew from a giant can. Cultural norms are different in the townships, as was apparent when we were told a woman's place was still seen in the home (so you won't find them drinking beers with the guys). After us tourists had our fill, the locals began to pass around the can taking noticeably bigger gulps. Unemployment is 52%. 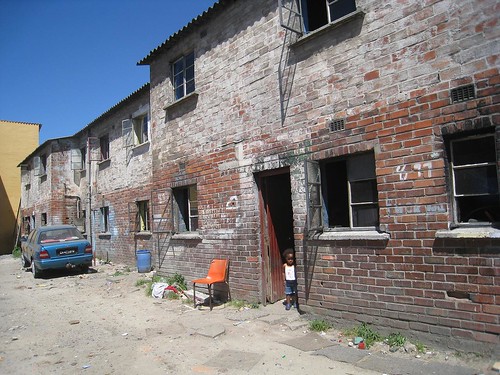 Lead by an unemployed resident (training to be a guide), we were shown the older, more cramped and dilapidated public housing where up to 16 people live in an apartment with 4 small rooms off a main kitchen area. Our guide said that up to 50 people share the same toilet facilities.

Next, we walked over to the more costly ($28/month) renovated buildings. We saw an apartment which looked to be in much better condition, and probably on par with some efficiencies in Western cities. 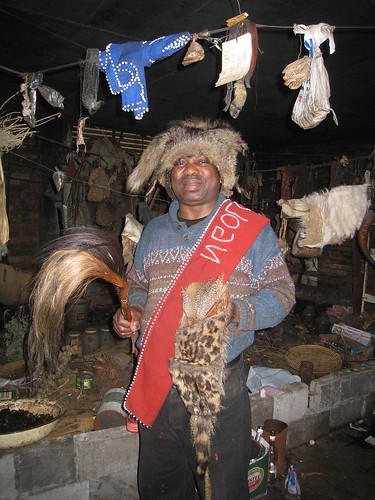 A brief stop was made at the ” office”? of a traditional African healer. It looked exactly like you'd expect, hooves, bones, and all kinds of animal parts hanging from wires strewn across the room. The guide made sure to point out a few condoms hanging from one of the wires as well, in recognition of the population's (hopefully increasing) HIV/AIDS awareness. As of 2006, about 5 million people were infected, and up to 30% of deaths could be attributed to the disease. 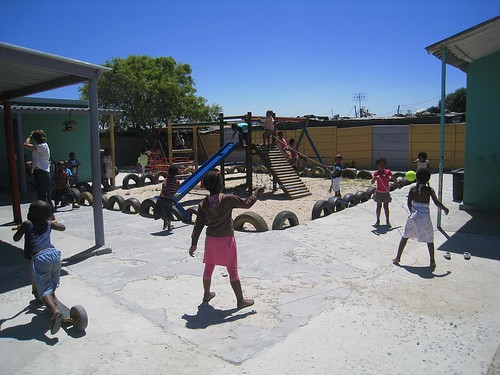 Our final stop was a peek inside an NGO-run pre-school and the Philani Centre, a Women's Project in Khayelitsha (a township with over 1 million people). The kids sang us a song, while Philani offered a chance to watch some women create textiles (which could be purchased, of course).

Clearly, South Africa is a land of contrasts. I find it hard to reconcile the ostentatious lifestyles of the wealthy with the abject poverty across the highway. As someone said to me, everyone has the same view of the mountain.

Cape Town really rocks!! South Africa is a brilliant place to have indeed! Pictures are superb.

Cape Town really rocks!! South Africa is a brilliant place to have indeed! Pictures are superb.

Great Post. It crazy to see the wine tasting pictures, and then the shanty town pictures...people that live so close to each other can live such different lives.

Great Post. It crazy to see the wine tasting pictures, and then the shanty town pictures...people that live so close to each other can live such different lives.