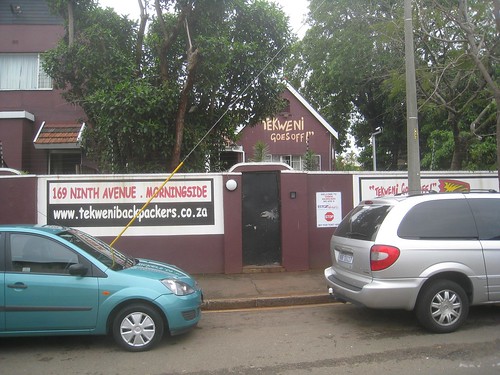 I chose to stay at Tekweni Backpackers, yet another party hostel, due to its proximity to restaurants along a popular street a mere block away. It thrilled me even more to find a swanky, one month old internet cafe nearby as well. I wrote off sightseeing in Durban long ago, considering the required metropolitan stopover as a way to figure out my future travel plans and catch up on blogging and photo-uploading instead.

I changed my flight date to Cairo, allowing for a few extra weeks in southern Africa. To my surprise, the cost was double what I expected. Something about $50 to change the date, and almost another $50 to reissue the ticket. Given it's an electronic ticket, the fees seemed steep, but a refund minus $100 would take too long, 5-8 weeks. 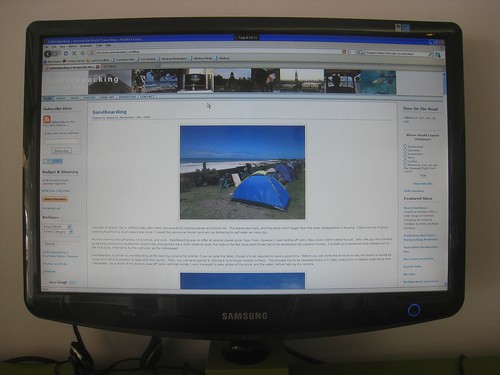 The guy at the travel desk was very helpful and patient, calling a bunch of overland tour companies on my behalf. My first, second, third, and fourth choices were all booked which was discouraging, though I was given a booklet for a budget company called Livingstone Trails. When I Google'd them, the one review which came up was a decidedly negative diatribe by an American woman. It was enough to keep me from putting down a deposit. Instead, I decided to wait until I reached Johannesburg to make a final decision.

As a throwback to watching the movie Hostel at a hostel in Christchurch, New Zealand, I happened to watch the sequel, Hostel 2, at Tekweni's in Durban. It was gross.

Another benefit of being back in an urban environment, beyond affordable, high-speed internet access, is the prevalence of good restaurants and cafes. I seized the opportunity to eat a 3-course meal at Butchery Boys, a Lonely Planet recommendation near the hostel. I savored a beef carpaccio, and was in heaven with a well-cooked chunk of Eland with mustard mash(ed potatoes). I pushed it too far by ordering dessert, the classic Cape Town Malva pudding.