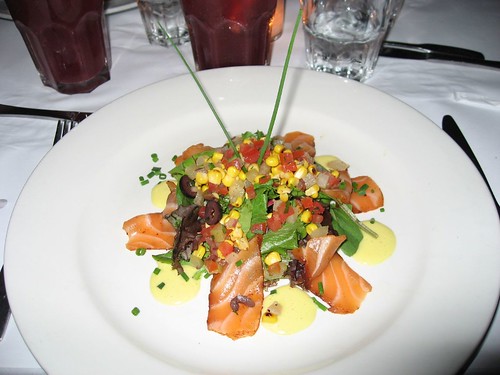 It was another awesome weekend in New York City! Allow me to rewind and review for your reading pleasure.

I caught the 11:30 am Washington Deluxe (aka Chinatown) bus from DC to NYC this past Friday, April 6. The round trip fare of $35 is unbeatable, and as usual, the bus barreled northward with little traffic until we reached the Lincoln Tunnel. Upon disembarking at 34th and 8th Ave, I walked for about 20 minutes east past the Empire State Building to my brother's apartment at 36th and 3rd Ave.

After some relaxing in the glow of his new Samsung flat-screen HDTV, I picked Hearth as the restaurant for our dinner. I wanted to take him out for a nice meal given his upcoming deployment to Iraq. We made an online reservation for 10 pm. Soon after, my friend (and his roommate) Kai called, telling us to meet him at an art opening in Soho (because of the open bar). Also, our friend Chris and his fiancee were in town for the evening. We arrived at the gallery around 7:30 pm, quickly got in, and met up with everyone. The art was fairly good, however the fashion styling of the ultra-hipster crowd was far more colorful and interesting. Two drinks and some small talk later, we left the gallery for dinner at a yet to be determined restaurant nearby. While I was excited to try Hearth's Italian cuisine, I decided the time was better spent with my friend Chris, who had to catch an 11 pm train back to New Jersey. 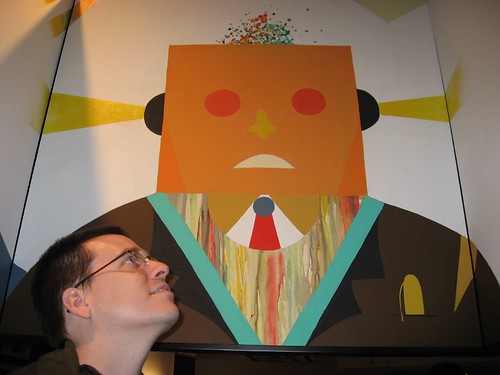 We settled on Ideya, a Latin Bistro. We ordered a pitcher of sangria to keep the fun times rolling. For an appetizer, I chose Salmon Ahumado – ancho smoked salmon, grilled corn and chayote salad, with lime crema. It was beautifully presented, light and delicious. My entree was Pollo Estile Caribe – sofrito marinated roasted breast of chicken, cilantro whipped yuca, and chorizo hash. Very tasty! For dessert, I went with the Churros con Chocolate – warm cinnamon and sugar spiced churros, mint whipped cream, and a chocolate dipping sauce. Yum.

After dinner, Chris had time for a drink, so we left the cold outside for the warmth of Soho Room, a bar nearby. Guinness drafts were ordered, and more fun conversation ensued. Thirty minutes later, Chris and his fiancee left, so we headed to our last stop of the evening, Nurse Bettie (bar) on the Lower East Side. I had a Level 3 vodka tonic, and we met up with Kai's sister and friends for a little bit, before calling it a night and crashing back at the apartment. 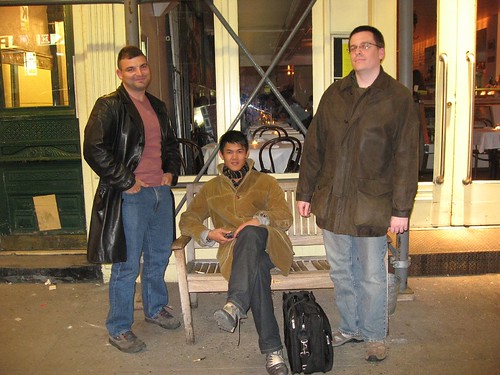 Stay tuned for Saturday's adventures in Part 2 of this epic weekend!

Can't wait? See all my pictures from New York City on Flickr.