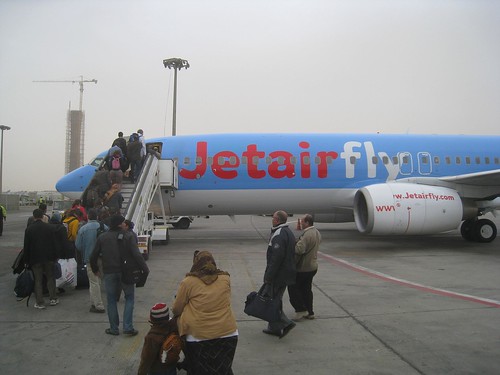 At the Cairo airport, I learned Jetairways was a Belgian discount airline. The 737 was fully booked with Europeans returning home for the holidays. I was completely surrounded by children who screamed incessantly for takeoff and landing, and most of the time in between, except when they were running up and down the aisle and kicking the backs of seats. I had saved a pair of foam earplugs from the Air Qatar flight to Cape Town, and made good use of them. They dulled the screams, and allowed me to maintain my sanity during the five hour trip.

Once off the plane, I breezed through immigration, baggage, and customs, collected my first Euros, and got the train to the metro. During the changeover, my lack of success with a pay phone lead a Belgian girl to offer up her cell phone so I could let Geraldine, my Couchsurfing host for the night, know about my late arrival. She picked me up thirty minutes later, and we zipped back to her home in the freezing cold night. 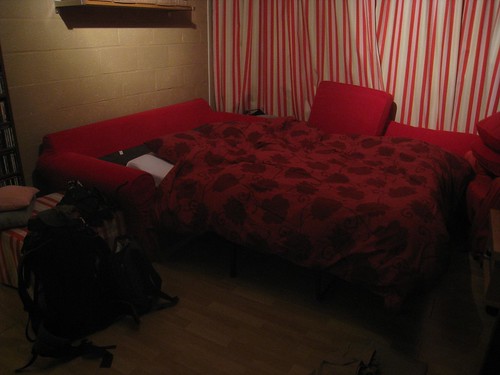 I was surprised to find she had a small Christmas gift for me, travel size Burberry products. She was correct to figure Europeans would appreciate a better-smelling me after the past year of roughing it. In return, I offered her a choice of small things I'd picked up in recent countries. Gift exchange behind us, we chatted for an hour or two before bedtime. The comfort of the fold out couch, complete with duvet, was only matched by Hannes' in Cape Town. I slept well.

Before heading off to work, and dropping me back at the metro, Geraldine heated up hot chocolate and croissants. Breakfast gave us a little more time to talk, though the stay felt altogether too short. Back at the metro, I easily made my way to the stop nearest the Van Gogh hostel. Entering the reception area, I was in shock. The hostel's common area/bar looked far nicer than I expected based on the Hostelworld.com reviews. 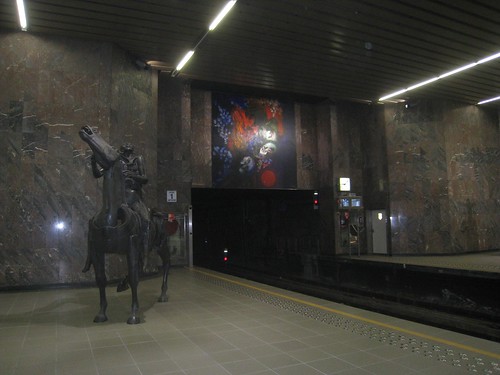 Unfortunately, it's common in European hostels to have lock out periods where you can't get into your room while they clean. I put my bag in a locker, surveyed the free black and white photocopy of the city center, and hit the streets.

The hostel you're staying in looks great.

I have got to try Couchsurfing while on my trip.

The hostel you're staying in looks great.

I have got to try Couchsurfing while on my trip.