The World Cup has been getting interesting, very interesting, and with two options: advance or go home. Last week, for instance, the USA advanced on a dramatic injury-time goal.

Partying before a USA match (the author is wearing the hat).

Two weeks ago, the host nation, South Africa, defeated France 2-1 but even with 4 points, the same as Mexico, they found themselves in third place in the group based on goal differential, (top 2 advance).

The rainbow nation became the first host nation not to make the round of sixteen knock out stage.

It might be disappointing for some, but as someone who traveled across South Africa for a full month prior to the first match, the green and yellow of Bafana Bafana clearly lifted a nation. 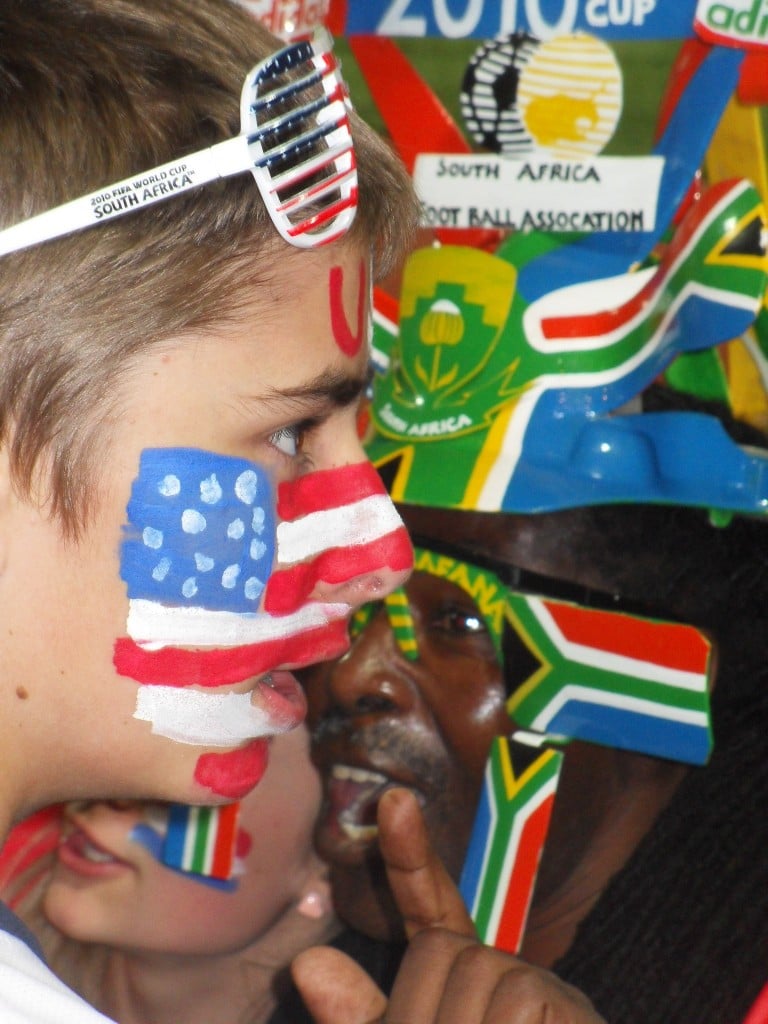 In Pretoria at the time, I decided to watch the opening match in Hatfield Square.

I thought the local square lined with bars, restaurants, and a freshly installed large viewing screen might create the ideal setting. And thankfully, it did.

Upon my arrival, the energy, excitement, and emotion of the scene nearly caused me to shed a tear of joy.  Seriously.

With a constant Vuvuzela hum, flags waving, and a vivacious crowd of friendly foreigners and locals of all backgrounds, the match began.

The hum never stopped and I believe that sound carried the nation to its result against an arguably more talented squad.

Early in the second half, the square erupted. Elation and celebration swept through when Siphiwe Tshabalala rocketed a shot past the Mexican keeper.  It is he who essentially put South Africa back on the global map. That first goal, still in contention for the goal of the tournament, a rocket, continues to send shivers down my spine when I see the replay.

The game continued, as they often do, but I am not sure anyone surrounding me even watched the next three or four minutes. T

he eruption did not cool. The square was untied, flowing with love for a tournament, and for a nation. It was beautiful.

Unfortunately, the game ended in a tie as Mexico scored a late equalizer and Bafana Bafana's next match was left disappointed before its final game.

The team came up just a little short.

But as we know, it is more than a game, and the team has everything to be proud of decisively defeating last world cup's runner up, being Africa's first host nation, and showing the world how far the country has come in just sixteen years. 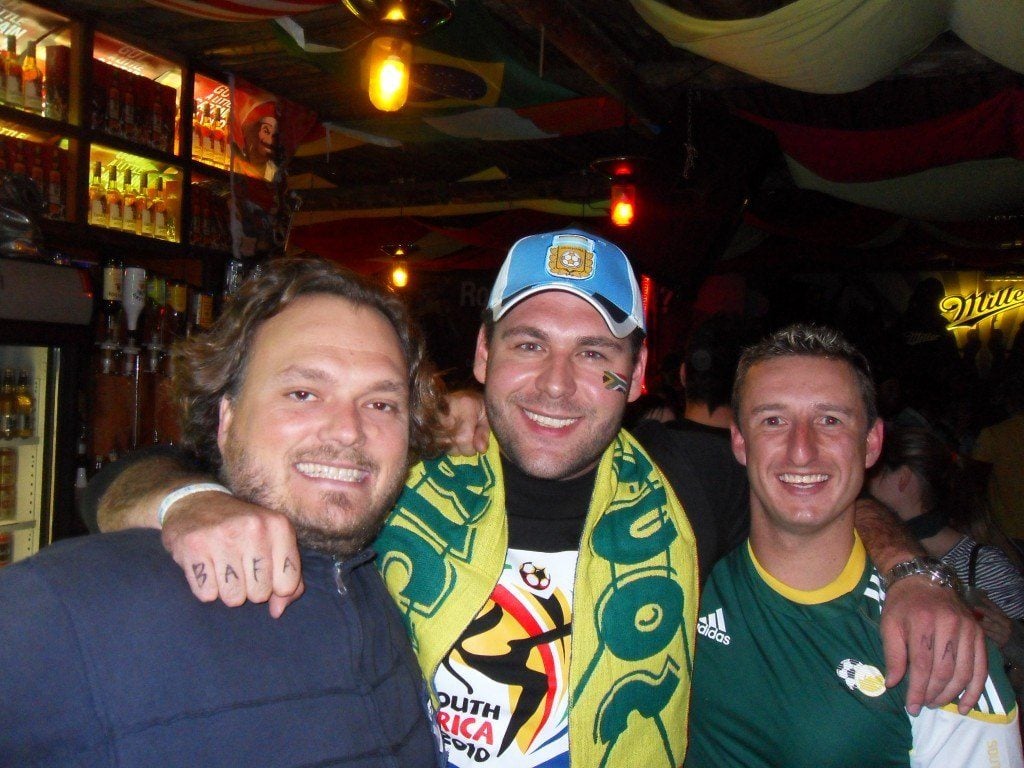 The author (left) meeting friends at a pub.

But on the soil of South Africa as a fan of the game, it was magnificent to discuss just the players, plays, and match, without the politics.

And as host of the world's biggest event, the country is leaving a positive impression not just on Africa, but one that extends to all of the other football-loving (or soccer) continents and countries.

About the Author:  Craig Zabransky is a freelance travel writer who appeared of Fox News, Sirius Radio and is published on numerous internet blogs and local publications.

Hello ? extremely fantastic site you've produced. I enjoyed studying this submitting. I did wish to publish a remark to tell you that the style of this site is very aesthetically pleasing. I used to be a graphic designer, now I am a copy editor. I've often enjoyed functioning with pcs and am attempting to discover code in my spare time.

Considerably, the article is actually the freshest on this notable topic. I agree with your conclusions and will thirstily look forward to your next updates.I will immediately grab your rss feed to stay abreast of any updates.

I went to the Rugby World Cup in South Africa a few years back, and experienced the same excitement and goodwill. A South African friend recently told me about the level of energy and positivity the football World Cup had brought to their country. You're lucky to be part of it!

Thanks for the comments.

@Nicky, it's not too late. A few matches left (although sadly the US is out)

@ globalbutterfly - Yes, the energy. It's a really positive energy, one you can really feel and appreciate. Mark your calendar for Brasil 2014, I know I am.

What a fantastic post!!! I'm not going to lie, I'm super jealous that you were/are in SA for the WC. I can only imagine the energy there. I would be full of tears all the time too. I'm so sad the USA lost, but now I can focus on Argentina!!!!!!!!!!!!