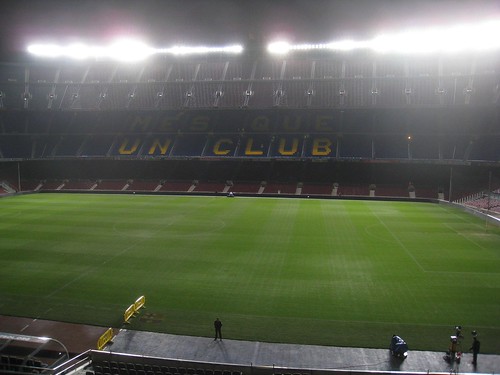 I'm on the bus to Madrid. 8 hours, a long haul. About last night…

I got a bit of rest at the hostel and took the metro to the stadium, Camp Nou. It was pretty easy.

Got to the gate at 8pm, but they didn't open until thirty minutes later. I waited in the cold with the other early arrivals. 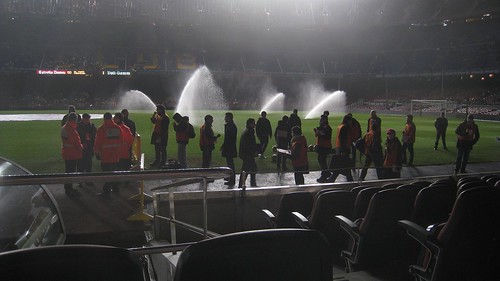 Once inside the gates, I found my portal which was amongst a small section of fancy glass doors.

I found my seat, just as I'd expected based on the graphic I used to select it online at the hostel.

I was in the first row, behind the “Guest of Honor” box which was immediately surrounding the players' box.

“Awesome” was the first word from my mouth when I actually arrived at seat #1, on the aisle, about 10 meters from the center line. 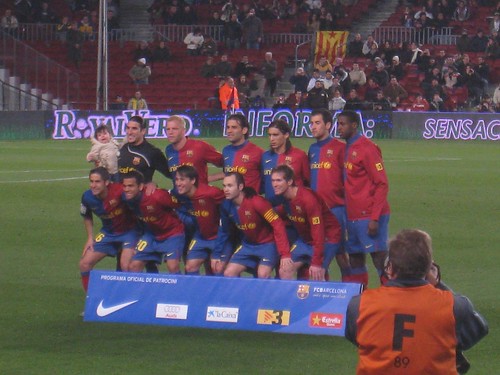 I ate a pre-game sausage, and bought a water and Toblerone, before returning to my seat.

To my surprise, no alcoholic drinks were served in the stadium, a change I later learned was instituted about five years earlier due to problems with violence.

I wondered if such a rule could ever pass in the United States? 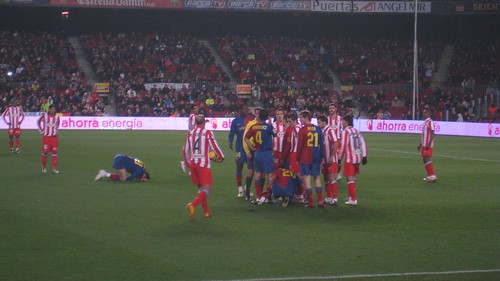 The stadium was big. Pre-game, sprinklers came up and watered the field, as they would also do at halftime.

TV announcers filed reports from the field. The players came out to pose for the cameras and warm up. 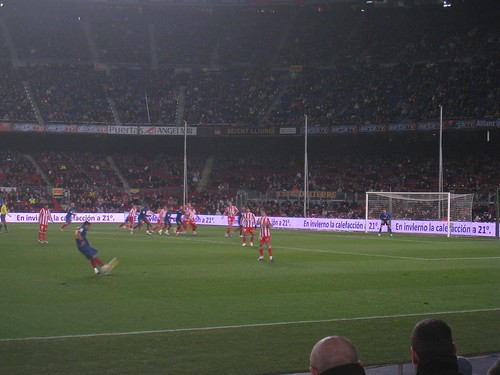 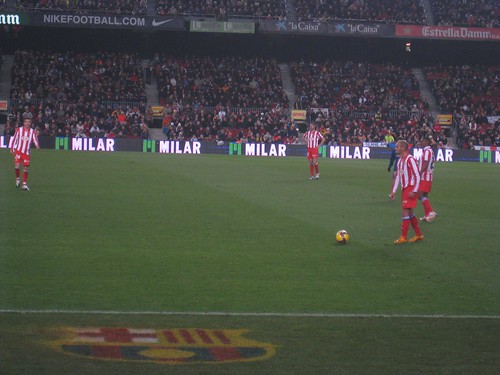 It was a great experience to be so close up to the players, coaches, and field.

Being a night game, the bright lights made photography (especially using zoom) and video difficult.

Loud cheers and jeers echoed and boomed around the stadium. The pace of play was very fast. 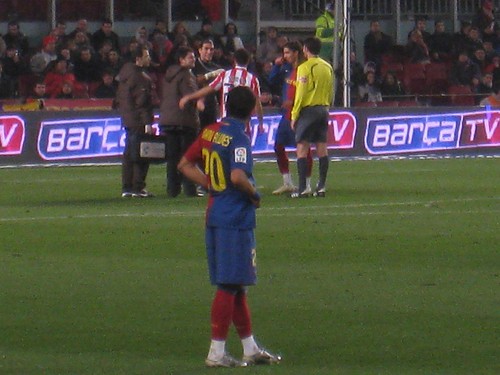 Atletico Madrid was coming into the game down two goals from the first match of the series. The team with the most goals after two matches moved on to the Spanish Cup's quarterfinals.

This was not a league match, which might have been why a mostly B-team squad started. French star Thierry Henri didn't play.

I saw more of Argentine striker Lionel Messi warming up than actually playing, as he was entered the game around the 70th minute. 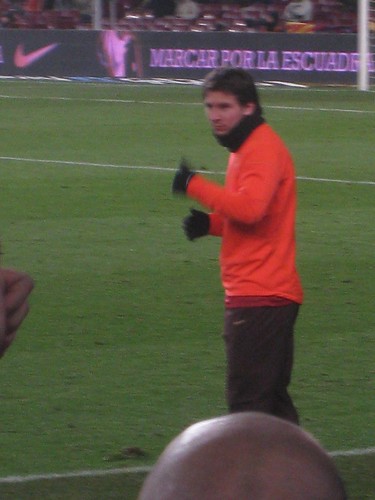 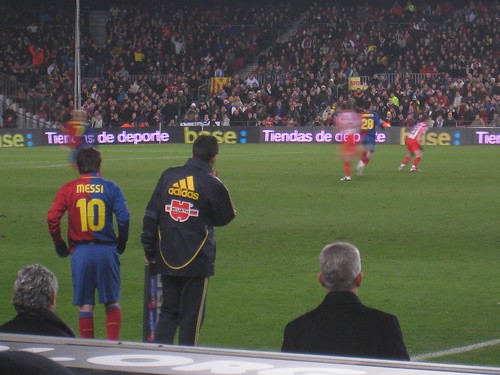 FC Barcelona won 2-1, but I couldn't afford to stick around until the very end.

The last metros stopped at midnight, so I left around the 85th minute, first trotting, and later running to the first metro, and then the second I needed to reach my hostel.

I had purchased a day pass so there was no need for me to stop and buy a ticket. 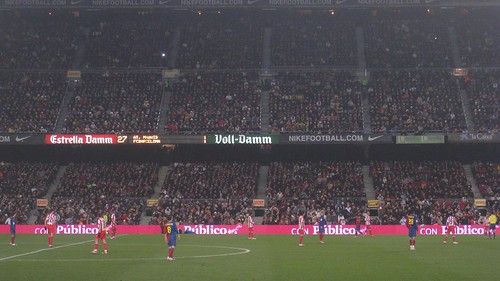 For some reason, I kept it in my back pocket instead of my wallet, which was in my left cargo leg pant.

It wasn't until after I reached the hostel, and was sitting on my bed in the dark, emptying my pockets that I realized how this decision made my life far easier than I imagined that night….as I discovered my wallet had been stolen.

I like to play football. and FC Barcelona is my all time favoraite team.I wish they win champions league at this year.

FC Barcelona Is all time best football club.Its recent success and making place in quarter finals of champions league is another proof to it.

FC Barcelona Is all time best football club.Its recent success and making place in quarter finals of champions league is another proof to it.

Oh no that sucks Dave.

Oh no that sucks Dave.